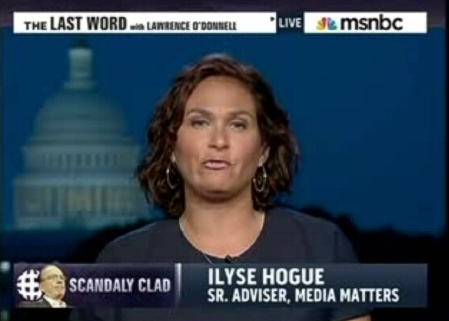 What does “pro-woman” actually mean to these people?

MSNBC recently aired a segment on the wave of pro-life laws sweeping the nation. The piece included an interview with Ilyse Hogue, president of NARAL Pro-Choice America. Aside from being astoundingly one-sided, the interview gave Hogue the opportunity to spew some absolutely ridiculous talking points, such as claiming that pro-lifers want to make women second-class citizens:

I mean what we’re seeing, Thomas, is a disturbing pattern where women in America are living in two vastly different realities, some places where they actually have the full range of reproductive choices that allow them the independence and autonomy that we define as uniquely American and others where they’re being told no you’re actually a second class citizen and you’re not allowed to make the choices that men would make between them and their doctors. 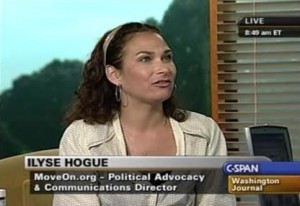 This idiotic argument is based on the idea that pregnancy is just something that happens to women, like cancer or heart attacks, and evil pro-lifers are trying to deny them chemotherapy or life-saving treatment. It’s also strange to say that men could make the choice to have an abortion, considering that men can’t get pregnant.

But her most idiotic claim was when the topic of North Dakota came up, and she was asked about one of the bills passed, which required abortion clinics to have admitting privileges at hospitals.

There’s two things to say about that, Thomas. One is your viewers have to remember that women will make their choices. The only question is whether they will make them safely or not. Pre-Roe, illegal abortion was the top killer of women of child-bearing age in this country. I don’t think anyone wants to go back to those days. But the other thing that I say is you have to file these laws in the logic is irrelevant file. You look at where they’re shutting down family planning clinics and unintended pregnancies go up. Unintended pregnancies go up but we’re actually having to deal with health consequences for the mother and the children. You’re actually limiting women’s ability to get educated and participate in society. And what we know is that in countries where women thrive, families thrive, communities thrive, governments thrive, businesses thrive, so these people, these GOP extremists introducing this legislation are actually trying to undercut the strong fabric of this country that’s made us great.

Why would Hogue want women to be undergoing an abortion at a clinic that can’t admit women to a nearby hospital if something goes wrong? It couldn’t possibly be because Hogue values abortion more than she values the safety and well-being of women, could it?

It’s also noteworthy that Hogue is continuing to perpetrate the now-exposed lie about the dangers of illegal abortion pre-Roe. Bernard Nathanson, who was one of the co-founders of NARAL, has admitted himself that they completely made up the numbers of women who died from illegal abortions. Yet here is Hogue, not only claiming it was dangerous, but claiming that it was the number-one killer of women pre-Roe.

Women should take note of Hogue’s words and arguments. Here is a woman who is ardently against measures to make abortion safer for women, who lies and fabricates the truth to further her agenda, and who does it all because she values abortion more than anything else. When Hogue and the rest of the people in the abortion lobby claim that they’re pro-woman, they would do well to remember what “pro-woman” means to them.