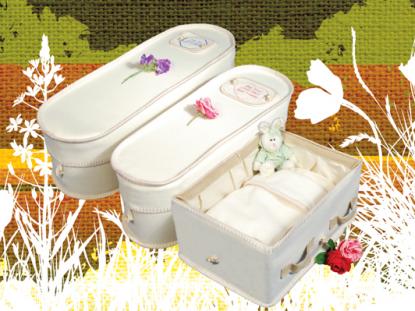 While reading a recent article by the Canadian Centre for Bio-Ethical Reform, I learned of a strange and growing trend in the Netherlands. Aborted babies are being put in coffins or cremated after they are killed.

The author of the article explains this by saying:

For some reason, this beautifully packaged way of killing imperfect children seems even worse than the decapitation, dismemberment, and disembowelment of similar children in Canada. At least when we see the latter, we recognize it as injustice. But when Dutch gynaecologists describe induced, pre-term birth as the most desirable way to get rid of one’s offspring—because “it causes no harm to the uterus” and “does not require anesthesia”—and counselors describe how meaningful a funeral or cremation can be to symbolize the life of the lost child—never mind that our actions actually killed it—something is utterly wrong.

That aborted babies are being buried is not the problem. In fact, that these humans are being put to rest with a semblance of dignity after their death is a good thing. An aborted baby, because she was alive and a real human, deserves a dignified burial. Humans should be treated with respect even after life on this earth is over.

But dignity and respect should not come only in death, but also in life.

This cute little guy could have been aborted in almost every state. If we eliminate abortion because of Down Syndrome, we would need far fewer baby coffins.

The problem comes from those using the coffins and burial as a way to make themselves feel better, as a way to justify what they have done. Parents who do this seems to be saying that the baby would have had a difficult life because of disability, so it’s better to kill the baby before he suffers – lay him to rest peacefully.

We see this twisted logic in the case of the parents who decided to abort, “then had the audacity to announce ‘with regret’ that they weren’t able to provide the baby with the life he deserved.”

It is not loving and caring to abort a child because the doctor says it will have a disability (how this can be misdiagnosed is an article for another time…). It is not loving and caring to say that because your son or daughter will be born with Down Syndrome, you choose not to give birth to a living human, because you’d rather give birth to a dead son and then bury him.

While all aborted babies deserve to be treated well, let us begin to treat babies who have not yet been born as though they are special. Let’s treat them like their lives mean something, because they do. How about, instead of choosing to treat babies with respect after they are killed, we decide to give them a chance at life?

Though the article was about the Netherlands, it is no doubt that happening here, too. Many places in America allow abortion if the child will be born with Down Syndrome. More cities and states should become like North Dakota. More should refuse to kill babies because of a mental disorder.