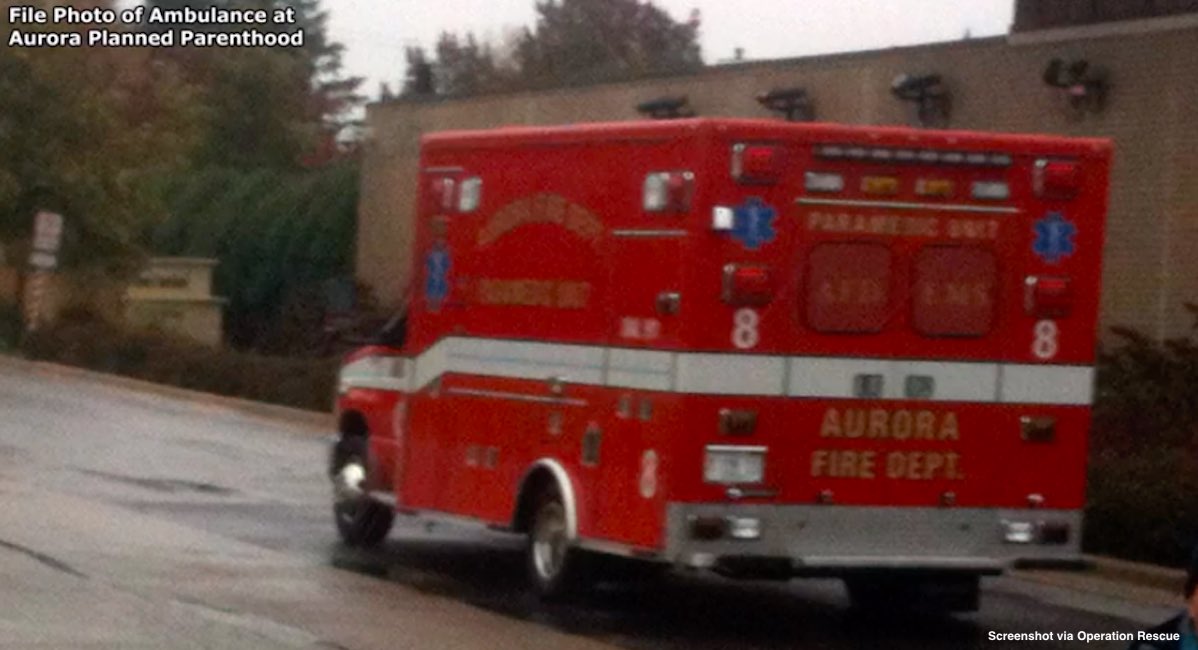 Operation Rescue reports that an ambulance was summoned on November 16 to the Aurora Planned Parenthood abortion facility in Illinois for a patient who was hemorrhaging after an abortion. The Pro-Life Action League was able to provide Operation Rescue with the 911 recording and a printout regarding that call.

During the call, it was revealed that the injured woman was hemorrhaging and unconscious. The amount of blood loss it takes for a person to become unconscious is about 30 to 40 percent. The person will go into shock and experience confusion, anxiety, rapid breathing, fatigue, drowsiness, and unconsciousness. According to Healthline, humans can’t maintain proper blood circulation and their organs may begin to fail after 40 percent of their blood volume is lost.

Time was then wasted as the caller spoke with someone in the facility attempting to provide a phone number to the emergency dispatcher. Every second wasted is dangerous for an injured patient.

This was the fourth known emergency in 12 months at the Aurora Planned Parenthood. Last December, an employee called 911 and failed to provide vital information to the 911 dispatcher after a minor at the abortion facility experienced “suicidal tendencies.” They wanted the girl brought to the hospital but refused to inform her parents, who were in the building, about what was happening with their daughter. The caller would not provide necessary information to the dispatcher and paperwork from the call stated that the “caller was extremely uncooperative.”

One of the known risks of abortion is hemorrhaging, which can be the result of a perforation of the lining of the uterus. This risk, along with cervical laceration, infection, and death exist even in first trimester abortions.