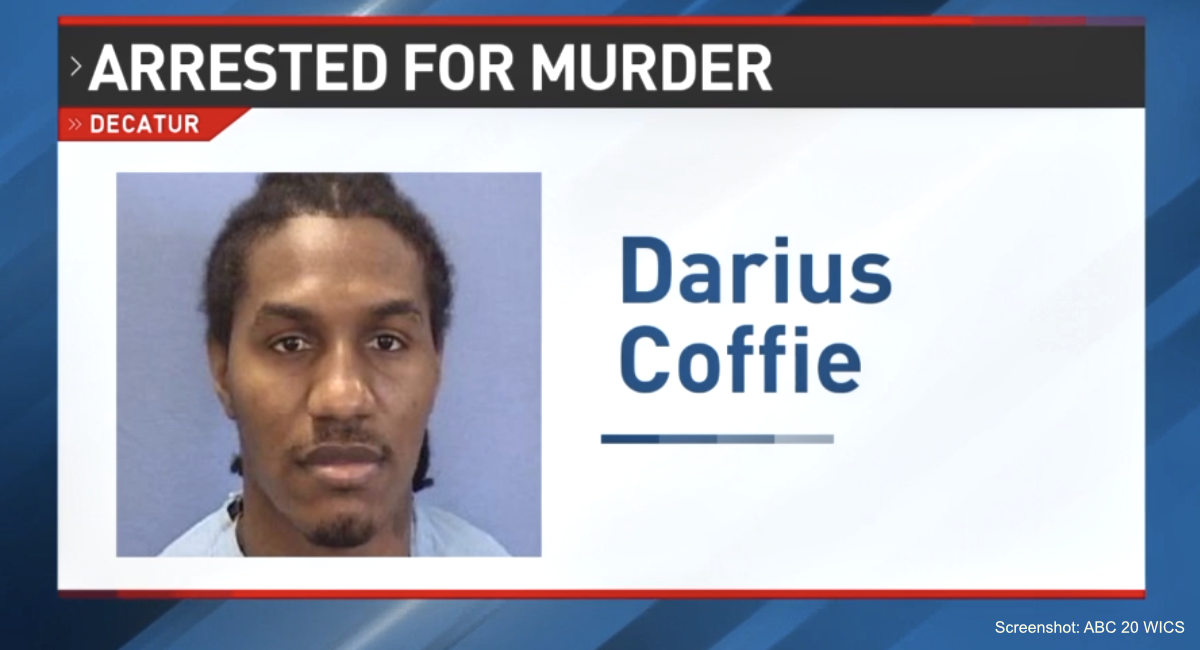 An Illinois man who shot and killed his pregnant girlfriend in front of her terrified young children has been sentenced to life in prison, charged with both the murder of his girlfriend and of their preborn son.

Darius Coffie was arrested in May in the capital city of Springfield after killing 25-year-old Shyann Foster in the nearby city of Decatur. According to the coroner, Foster died of multiple gunshot wounds to the head and extremities. Foster was four months pregnant at the time.

Coffie waived a preliminary hearing against him and pleaded not guilty to the murders in June. But this week, he seemingly changed his tune, pleading guilty to first degree murder and intentional homicide to an unborn child. He has been sentenced to life in prison.

According to the GoFundMe page set up by her cousin, Foster left behind three little girls, who will now be raised by her family. Her obituary said she loved to dance, go bowling, and play games with her grandmother.

Her mother mourned the loss on Facebook, writing, “He killed my only daughter and my unborn grandson.”

The police report said Coffie shot Foster on May 9th with her three children present; one girl ran to her room in terror, while the other two stayed with their mother.

“Ladarius showed up… Shyann told him to leave… Ladarius Coffie brandished a firearm and started shooting at Shyann,” the report said of the children’s statements. “The (child) ran to their room and returned a short time later and observed ‘Ladarius’s’ phone lying on the floor by the kitchen door… Ladarius Coffie shot (Foster).”

Her daughter reported that when Foster told Coffie to leave, he responded, “‘I’m not going anywhere.’” The affidavit continued with the little girl explaining how Coffie went into the kitchen, got a gun, and shot Foster before leaving in her car.

It is not unusual for pregnant women to be killed by their partners, especially after refusing an abortion. Homicide is known to be a leading cause of death for pregnant women, with only car accidents causing more deaths.

If you are living with domestic violence – pregnant or not – there is help. Call the Domestic Violence Hotline at 1-800-799-7233 (SAFE) or visit thehotline.org to chat with someone when you are in a safe location.