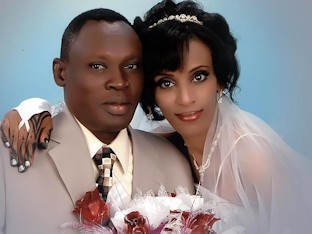 Editor’s Note: Being pro-life includes speaking out on behalf of mothers and their children. Meriam is a mother – with children – who pro-lifers should rally to speak out for. The following article was first published on Thought Catalog on June 2, and is reprinted with permission.

Meriam Ibrahim is the same age as me, twenty-seven. She too has a graduate degree, though as a doctor hers is more impressive than mine. And like me, she is a married Christian mom of a toddler boy. But there the similarities stop. Meriam Ibrahim is condemned to die in a Sudanese prison. The reason?—because she’s a Christian. The Sudanese government is also going to whip her 100 times for marrying a Christian man.

This is the 21st century and whipping and hanging Meriam Ibrahim is not ok. And yet where is the U.S. Government outcry? Where is John Kerry, head of the U.S. State Department, and President Obama’s outraged threat of sanctions if Sudan persists in this brutality? Meriam’s husband is an American citizen. The couples’ two children, a twenty month old boy and newborn girl, are also American citizens.

Yet when Meriam’s husband, Mr. Wani, went to the American Embassy for help they said they were “too busy.” They also refused to accept the birth certificate and marriage certificate that Mr. Wani provided as proof that the two incarcerated children were his. Rather they wanted DNA evidence. Really, who else’s kids does the State Department think they are? Meriam’s a married Christian doctor, not a prostitute.

Saving Meriam is not a Democrat or Republican issue. I’m not condemning Obama on this issue because I tend to lean towards libertarian small government. I’m condemning his actions because I’m a human being that believes in basic human rights.

The U.K. Prime Minster, David Cameron, made a public statement condemning Sudan’s treatment of Meriam. And the U.K. Foreign Office is taking steps to ask for Meriam’s release on humanitarian grounds. Since when does the U.K. take a stronger stand to protect United States’ citizens than we do?

All of us moms talk about making a rich educational environment for our toddlers. Can you imagine trying to raise them in a jail cell? And Meriam isn’t free to walk around the jail cell either. She’schained with leg irons. Want to feed your toddler healthy food and bring him to regular doctor checkups to make sure he’s gaining correctly on the growth curve? In Sudanese prison they only serve, at best, one meal a day. In the recently released pictures, Meriam looks terribly thin. I imagine she’s giving most of that food to her toddler son and of course breastfeeding her infant. And you know what?—I don’t think Sudanese prisons give extra rations because kids are in the jail too.

Why again did the Sudanese judge rule the kids have to be in jail? Shouldn’t the little boy be with his dad? I know his dad is worried about him. Mr. Wani said in the last four months in jail his little boy went from being a happy kid to not even being able to smile. And the only reason the Sudanese judge won’t allow the child to be with his dad is because Mr. Wani is a Christian. 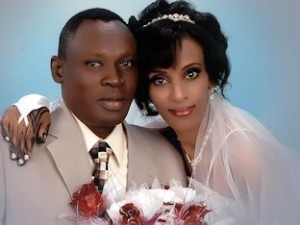 Oh and Meriam is sentenced to receive 100 lashes. Now in American society where we no longer practice public flogging, the number of lashes is just a number. We don’t realize how huge a number 100 is when a flesh mangling whip is cutting down to the bone with every lash. This whipping is supposed to happen in two weeks, before Meriam’s maternity leave would even be over if she was not imprisoned. Two weeks after childbirth, you’re supposed to bring a new mom a meal and tell her to lay down in the La-Z-Boy chair. Not make the new mom sit on the hard floor and then whip her until she is near death. Just the infection from that many lashes could kill someone, especially a woman whose immune system is down from just giving birth.

And what are these lashes for? Oh because she married a Christian man. And the Sudanese are calling that adultery because he’s not Muslim so they don’t consider the marriage legitimate. Yeah, that sounds like a great law. Let’s go around to all the U.S. hospitals and find the single moms with two-week-old infants and whip them until they nearly die and then imprison them in leg irons. Not a single mom? Oh well, we’ll just discount your legitimate marriage certificate at will so we can whip you too.

Speaking of childbirth, Meriam give birth in the disease ridden maternity ward of the jail. Thank heaven the birth was uncomplicated. If her baby had been born infected, like my son was, I’m sure both baby (and mom) would have died. But, you know, the Sudanese do have some sense of decency. They unchained her for the first three weeks of her baby’s life. Unchained! Yes, that means the pregnant mom of a 20 month old (who is incarcerated with her) was chained for four months in a prison cell. So much for prenatal exercise. They didn’t even unchain her for labor and delivery. And in three weeks she’ll be chained again. I know breastfeeding a newborn and taking care of a 20 month old is hard. But can you imagine doing it while chained in a prison cell?

You know what really burns me up? This woman is a doctor, someone who has a heart to help the hurting in Sudan. She should be a national hero. And her husband is in a wheelchair from muscular dystrophy. One thing I love about America is how every store, rest stop, or even swimming pool has a handicapped restroom and a wheelchair accessible ramp. Our respect for the handicapped is one of the things that makes this country great. Where are the Americans with Disabilities lobby groups petitioning that Meriam be saved?

Or maybe they are lobbying and our government is just ignoring them. That’s un-American. We just celebrated Memorial Day. Our young men and women died and still are dying whether from war wounds or the emotional scars and PTSD that is leading one US vet an hour to commit suicide. They died and are dying for American citizens’ freedom. And our government can’t even make a public statement in support of our disabled citizens rights, but instead lets American babies grow up in prison with one meal a day?

And why isn’t our government making a statement? Is Obama scared that a third world country like Sudan with no nuclear capabilities is going to be angry if we tell them to let our citizens go? The Sudanese lawyer who is defending Meriam is receiving regulardeath threats yet he perseveres.

My husband’s a soldier, Mr. President. I’m sure your scores of Secret Service and America’s 1.4 million strong military will protect you if make the phone call and tell the Sudanese government to put Meriam and her kids on the first plane to the U.S.

If you want to bring awareness to this issue please consider tweeting with the hashtag #savemeriam or signing the petitions.