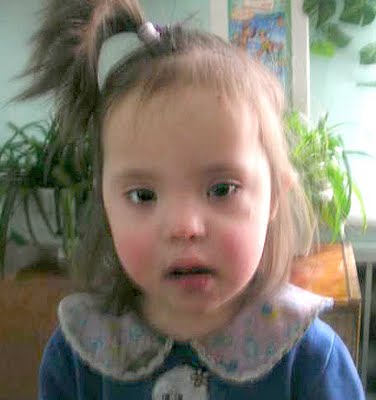 We can rise above the death that permeates our culture.

We live in a world steeped in death. No, not everything is full of marble headstones, unmarked graves, and the Grim Reaper. (I’m actually quite an optimist, truth be told.) But clearly, if we look at the world – and particularly at American culture – with our eyes wide open, we will see death all around us. Movies, music, TV, and video games all celebrate – or desensitize us to – violence at an insane level. Just this year, my home state of Colorado attracted quite a bit of media attention for the shooting in an Aurora theater during The Dark Knight Rises and also for the kidnapping, death, and dismembering of a ten-year-old girl. 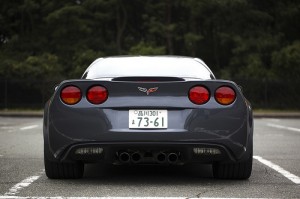 Would you choose this? (Photo credit: tokyosucks on Flickr)

Yet death does not win. It just doesn’t. Death is never the final answer. It is not its own resting place. Life always – always – springs forth from the place where death once seemed to reign. Many of us choose to show the beauty and truth of life through rescuing the little ones that are scheduled for death all around our nation. But one major way to choose life that is all too often forgotten is adoption.

Adoption is one of the ultimate pictures of life. Adoption reaches into a life condemned, a life hardened or alone or abused, and lifts that life up to the light of love. My Facebook friend whom I mentioned earlier has already adopted two little boys from Russia. Now, she and her husband are planning and working toward the adoption of two little girls, also from Russia. One of their adopted sons saw the photos of these two precious girls and asked his mom, “Why don’t we be their family?” This family’s two boys have absolutely blossomed under their love and care, and now they have the opportunity to bring the light of a family’s love to two little girls – one of whom is deaf. If you’d like to read more about their story or help them meet the adoption costs – a big need right now – you can visit their blog.

At this family’s blog, I happened across a link to another blog by yet another family who has reached out and grabbed hold of desperate children. They’ve already adopted five! Their post, “I’d choose you…,” has to be one of the most beautiful things I’ve ever seen. Don’t go away without taking a look!

And that is such a lie. 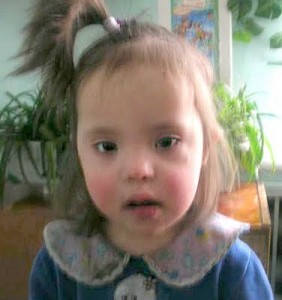 Or would you choose this? (From www.nogreaterjoymom.com)

I cannot talk about adoption without also mentioning a lady named Adeye. Originally from South Africa, she now lives in the U.S. with her husband and their nine children – six of whom are adopted, and most – or maybe all – with special needs. Two of these beautiful treasures came from Bulgaria, where the infamous Pleven orphanage is located. The children in the Pleven orphanage were subjected to horrible, unspeakable conditions. Ten- and 15-year-olds weighed as much as babies. Incredible medical problems assaulted these children, simply because of the lack of care. Multiple children died from choking on the liquid diet they were fed, as no one came to their aid.

There has been intervention in this orphanage, and conditions are changing, but the plight of many of these children is still very real. Adeye has written a compelling post, calling us each to action on the behalf of children around the world who simply need someone to step outside their comfort zones, outside their finances, and outside their circumstances and say “yes” to a desperate little soul.

In Romania, there are other desperate circumstances.

Any given day in Oradea, Romania: 70+ abandoned babies & toddlers left at the hospital. Over 9000 babies are abandoned yearly. Over 150,000 orphans in Romania right now. Around 50000 of these children are in 940 orphanages, leaving over 50% with no place to live. Many of these orphans have a “disease” called Failure to Thrive… A disease caused by a lack of love and attention, causing the babies’ bodies to shut down.

So what can you do? Can you pray harder for the children awaiting adoption and those being transferred to horrendous facilities at a very young age? Can you send gifts, financial donations, or letters to children in orphanages? Can you adopt – maybe one of the 240 children left waiting in Pleven (as of February 2012)? Can you help finance another family who is burdened with adoption? You can do something. Will you do it today?