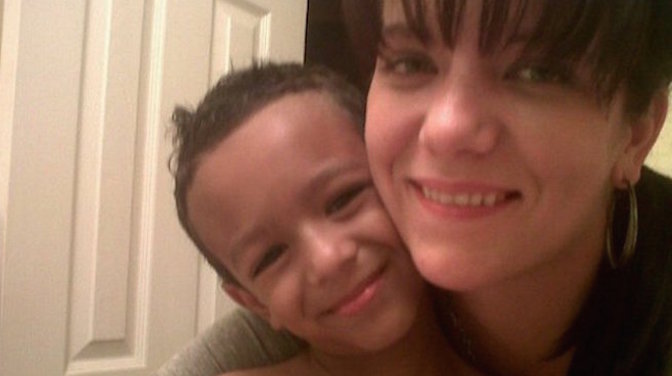 I was 18 when I conceived my precious Benjamin and 19 when he was born. Ideally, I was going to attend college on a full-ride athletic golf scholarship in 2006. But I was naïve and rebellious… it sounds stupid, but I had never really considered the chance I would get pregnant.

I had nearly every reason people mention when considering abortion: I had no money, I was further straining my relationship with my father, my unborn baby’s father wanted me to get an abortion, and I would be giving up a possible future playing women’s golf or at the very least, a free ride to college. I am also the youngest of three, and I was very self-absorbed and independent. I had never even held a baby; I had zero warm and fuzzy feelings about being a mom.

I ended up visiting a pregnancy crisis center called Rachel’s House to confirm the pregnancy. Though my heart was not set upon abortion, I was still desperate and vulnerable. Who knows what kind of counseling I might have received elsewhere? I may have considered a much different path. After I confirmed the pregnancy, I told the birth father, and his response was to have an abortion. I don’t know how strongly I was convicted about a woman’s choice to abort but something about abortion seemed inherently wrong.

I began researching what abortion actually was, and that is when I came across pro-life websites that described it in detail… it was hard to read. I recall sobbing as I read story after story about nurses who worked in abortion clinics and the truth of what they saw. I am so thankful for their testimonies – they further stripped the option out of my head.

For a short time during the early phase of the pregnancy, I did consider adoption. I thought I had nothing to offer this baby, so it seemed like the kindest option for my baby.

It wasn’t until I heard my baby’s heartbeat (present at only 22 days) that my own heart changed. I felt absolutely compelled to care for this baby, no matter the cost. While I couldn’t guarantee the best material life, I could guarantee I would love and protect my baby. Ben just after his birth

I was a very lost and confused young woman with an unsure future ahead of me. And my commitment to God was not solid – I hardly knew what was in the Bible, let alone what God wanted for me – but I never stopped praying.

Though my father was not thrilled with my pregnancy (and our relationship was practically non-existent during the pregnancy), he completely changed once Ben was here. My little boy’s birth softened his heart, and that was an answered prayer. They are buds now, and he absolutely adores Ben. That transition happened just a week after Ben was born. My mother was out of town on business, and I lived with them and couldn’t get Ben to stop crying. My dad finally came to me to find out how he could help…he ended up going to the store and buying every bottle he could find, and he’s been hooked every since.

Skip forward a couple years, when my son Ben was about to turn two. I finally had the ability to move out of my parent’s house and live somewhat independently. I moved into government housing. No it wasn’t glamorous, but it was a step in the right direction. Just like any other young adult, I learned to pay bills and shop for groceries and clean my own house. However unlike many young adults, I already had a toddler when I just began learning these fundamental skills.

When my son was almost three, I enrolled in Cosmetology College.  I didn’t tell anyone for fear of someone talking me out of it. I lived on government assistance and went to school full-time. Though it was difficult, it was not impossible, and it taught me how to manage money and bills.

Now jumping to today: I am happily married to my husband Austen, who absolutely and unequivocally loves Benjamin. Ben is his son, and their relationship is natural and loving. It wasn’t that simple in the beginning, but they grew to love one another, and Ben eventually trusted that Austen was there for the long haul. Austen has been Ben’s baseball coach for three years.

We were able to legally change Ben’s last name to match my married name, and the goal is for my husband to adopt Ben this summer. Speaking of this summer, we are expecting in June! Last year, just two months after we got married, we became pregnant and sadly, we lost the baby just two months into the pregnancy. Outside of Benjamin, I had never been pregnant. This was extremely significant to me for a few reasons: 1) I realized just how incredibly sovereign God is because He chose to bring me a child when I least deserved it and I was least prepared…He had a plan! 2) The passing of our baby made me realize how much more painful that loss would have been had I experienced an abortion previously. I would have wondered if the abortion ruined my body or if I was being punished. Abortion has long-lasting effects that I realized without ever going through one.

I am so thankful for the journey I traveled to arrive where I am today. I will never regret keeping my son, but I would have always regretted letting him go. Life is precious and miraculous! Editor’s Note: For more information on practical help during an unplanned pregnancy, or for information on adoption options (where you can hand-pick a family), check out Option Line, Stand Up Girl, Embrace Grace, Teen Mother Choices International, and Pregnancy Decision Line.