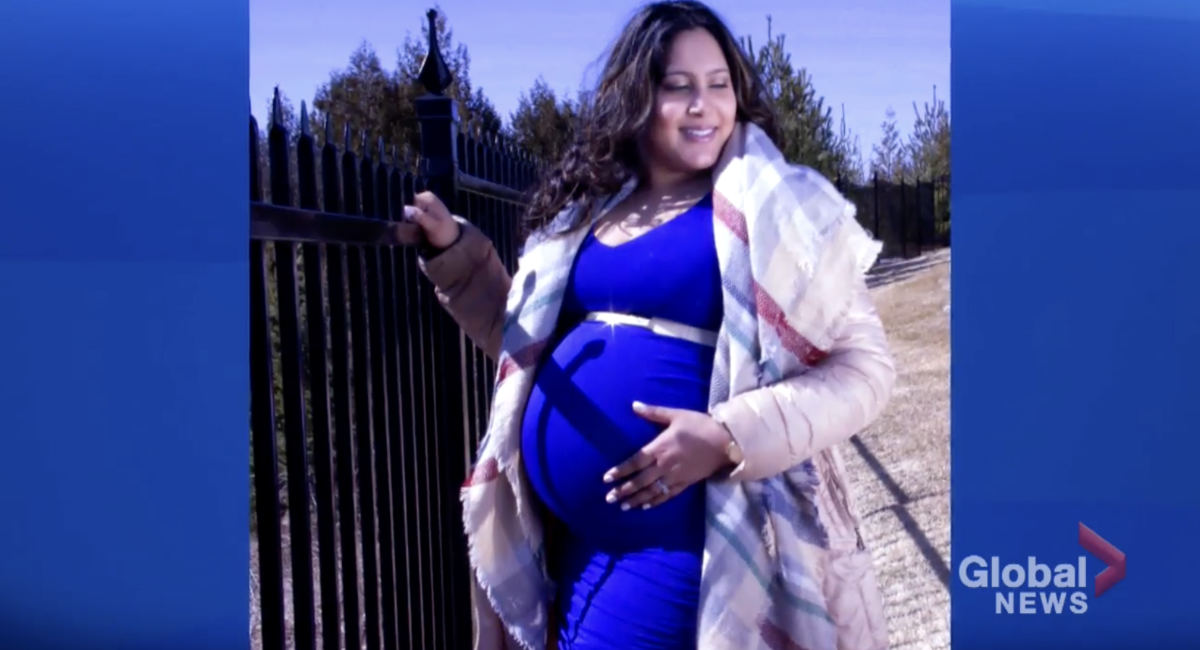 Nicholas Baig is currently serving life in prison for killing his wife, who was nine months pregnant with the couple’s daughter at the time of her death. But in Canada, the criminal code does not recognize as a crime the death of an undelivered child during a homicide or other violent attack; therefore Baig faced no charges in the baby girl’s death.

In 2017, Arianna Goberdhan, 27, was thrilled to be expecting her first child — a girl named Asaara. But on April 7, 2017, Baig stabbed Goberdhan to death, killing both her and Asaara. Mother and daughter were cremated together, and though Baig was charged with Goberdhan’s murder, her family was angry there was no justice for Asaara.

“She was perfect. She weighed eight pounds,” Sherry Goberdhan, Goberdhan’s mother, said of Asaara in an interview with DurhamRegion.com. “Justice will never be served. We will not get [our] child or our grandchild back.”

Following the murders, the Goberdhan family attempted to petition the government to change the criminal code, allowing those who assault or murder a pregnant woman and cause the death of her child to be charged for the child’s death as well. “All we are asking for is legislation that recognizes that, when an assailant in a commission of a crime attacks a pregnant woman, and injures or kills her pre-born child, then the assailant may be charged with an offense on behalf of the pre-born child,” the petition read.

The family does not agree that only one person was killed, despite what the law says. “When we cremated our child, our daughter, she was holding her daughter in her arms,” Goberdhan told CTV News. “And she was full term. And she was perfect. She was perfect in every way. So for the law to tell me that she’s not a human being is totally wrong.”

Baig was eventually sentenced to life in prison, with the possibility of parole after 17 years. After his conviction in 2019, he had a 30-day window to file an appeal contesting his conviction but failed to do so. In November of 2021, he filed for an extension, claiming he didn’t know he had the ability to appeal and wasn’t fully informed when he pled guilty to second-degree murder. But a judge ruled against him.

“There is also no merit to Mr. Baig’s claim that he entered an uninformed guilty plea and was ignorant of the legal system,” the court ruling read. “Throughout the proceedings, Mr. Baig was represented by experienced senior counsel, who conducted a very extensive pre-trial of the case. Mr. Baig’s counsel also represented to the court, on the record, that he had very extensive consultations with Mr. Baig in preparation for trial and his subsequent decision to enter a guilty plea.”

Considering that homicide is a leading cause of death for pregnant women, it is disturbing to know that in places like Canada, as well as states like New York, a murderer can escape justice for taking an innocent human life.