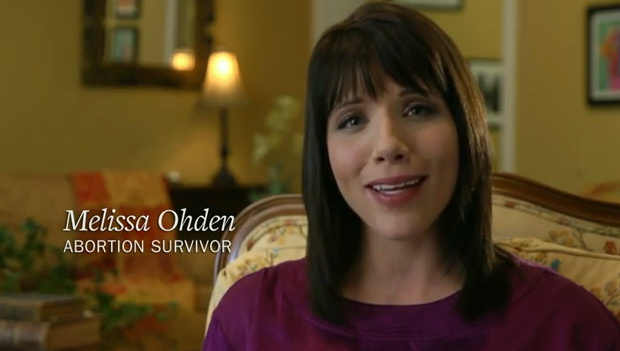 The Susan B. Anthony List has released a TV ad in Missouri highlighting President Obama’s opposition to the Born Alive Infant Protection Act while he was a state senator in Illinois. The Act was designed to ensure the protection of babies who were victims of failed abortions. Melissa Ohden, an abortion survivor, is featured in the ad.

SBA List President Marjorie Dannenfelser released the following statement along with the ad:

In light of the recent national discussion over abortion, it’s important Americans know the President’s best-kept secret: his extreme record on abortion.  Melissa Ohden’s powerful story draws a stark contrast to his unbending support of abortion and the abortion industry and reveals the human face to this debate. President Obama’s appalling record on abortion is not just limited to his four votes to deny rights to abortion survivors but spans to his recent heartless refusal to support bans on sex-selection and late-term abortions. These actions fly in the face of mainstream American views and run counter to the President’s first term pre-election talk of finding common ground. Recent polling reveals the majority of Americans support bans on these horrific practices.