A recent episode of the Canadian podcast “Pro-Life Guys” addressed an “education” brochure from Canada’s leading abortion rights organization. The brochure, called “How to Think About the Fetus,” alleges that “[f]ocusing on the fetus always has dire legal and social consequences for women” and wrongly implies that pro-life groups only care about the preborn child.

“As soon as we give special rights to fetuses, we separate them from their mothers and create an adversarial relationship that hurts both,” the group Abortion Rights Coalition of Canada claims in the PDF document. It states:

Focusing on the fetus also devalues women, because it usurps their moral decision-making, as well as their bodies and wombs. When we protect the interests of fetuses, we sacrifice women’s rights and autonomy, and end up harming their children in the long run.” The group then ventures into the realm of the bizarre with the assertion that “We can trust pregnant women to act in the best interests of their fetuses – and that can mean having an abortion.” [emphasis added]

It’s true, as the document states, that pro-lifers tend to focus on three questions in their advocacy: 1) “When does life begin?” 2) “Is a fetus a person?” and 3) “Is abortion murder?” In starkly clear language, the document sets aside the usual pro-abortion euphemisms and admits the basic beliefs at the core of the pro-abortion mentality. These beliefs ultimately have nothing to do with biology and everything to do with ideology. The pro-abortion position can be summed up as, “Ultimately, it doesn’t matter what the fetus is, how valuable we think it is, or whether it has any rights. True justice demands that women not be compelled to bear children they don’t want.”

The approach of this pro-abortion organization, and the movement as a whole, consistently smacks of supposed antagonism between women and their preborn children. Whether from unwillingness or inability to understand the natural, biological relationship between a mother and her child, inside or outside the womb, the pro-choice movement frequently pits the “rights” of mothers against the lives of their children. Pro-lifers do not believe that preborn children are more valuable or deserve more rights than their mothers, but rather that they are equally valuable and deserving of equal rights.

Outlawing abortion would not “harm children in the long run” and abortion is never in the “best interests” of the child. Death is not a solution to socio-economic problems, and as people who grew up in situations such as foster care have said, they are grateful to have lived despite their struggles. 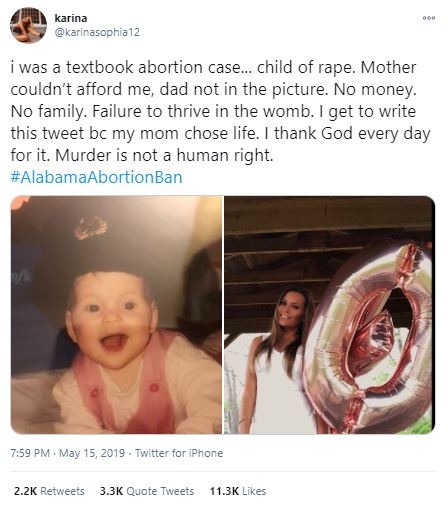 The document claims elsewhere, “The best way to protect fetuses and children is to support pregnant women and mothers.” But a society that promotes abortion in cases of difficulty — whether financial, emotional, or otherwise — is ultimately unlikely to help struggling women who are pregnant or parenting precisely because they could have just had an abortion.

READ: Scientists say life begins at conception with a burst of fluorescence

In subjective and illogical language, the document asserts, “A fetus becomes a person when the woman carrying it decides it does.” This is utterly unscientific. According to actual science, life begins at fertilization, not when a person chooses it does.

The reason pro-lifers “focus on the fetus” is because the answers to the questions surrounding life inside the womb fundamentally matter. If life doesn’t begin at fertilization, and the fetus is not a human being, then abortion has nothing to do with murder but everything to do with rights and autonomy. But if life does begin at fertilization, and the fetus is a human being, then abortion is murder, and the pro-abortion mentality is wrong. “[It] ends up in the slaughter of the preborn, their decapitation and dismemberment, [and] we should probably be asking whether those actions should be a right at all,” explained the Pro-Life Guys.

Rather than pitting women against their children, the pro-life position embraces both mother and child as equals.