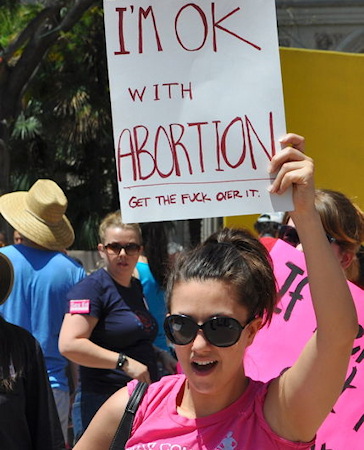 A new report (.pdf) released by Right to Know Campaign indicates that abortion providers in the UK have financial motivation to influence women considering abortion to reject a choice for life. Further, the report shows that British abortion providers engage in “marketing messages based on social validation techniques” to encourage abortion and that these techniques sometimes occur even in a “counseling” venue.

It is certainly no surprise to me, nor should it be to any reasonably informed person, to learn that abortion providers in Britain are found operating under the same hypocritical practices for financial gain that have been documented by Live Action in America. What is surprising is that so many activists — people who are generally intelligent, in my experience — are willing to dedicate so much of their time, talent and treasure to feed an anti-‘choice’ industry in the name of ‘choice’.

We will always disagree with pro-‘choice’ activists in their persistent and unreasonable contention that the entity within a pregnant womb is not a living being worthy of protection, but we should be able to agree that anyone who purports to stand for ‘choice’ should not support an industry that actively discourages ‘choice’ in practice. Considering that this discouragement of the choice for life occurs due to financial motivation, activists should be all the more appalled.