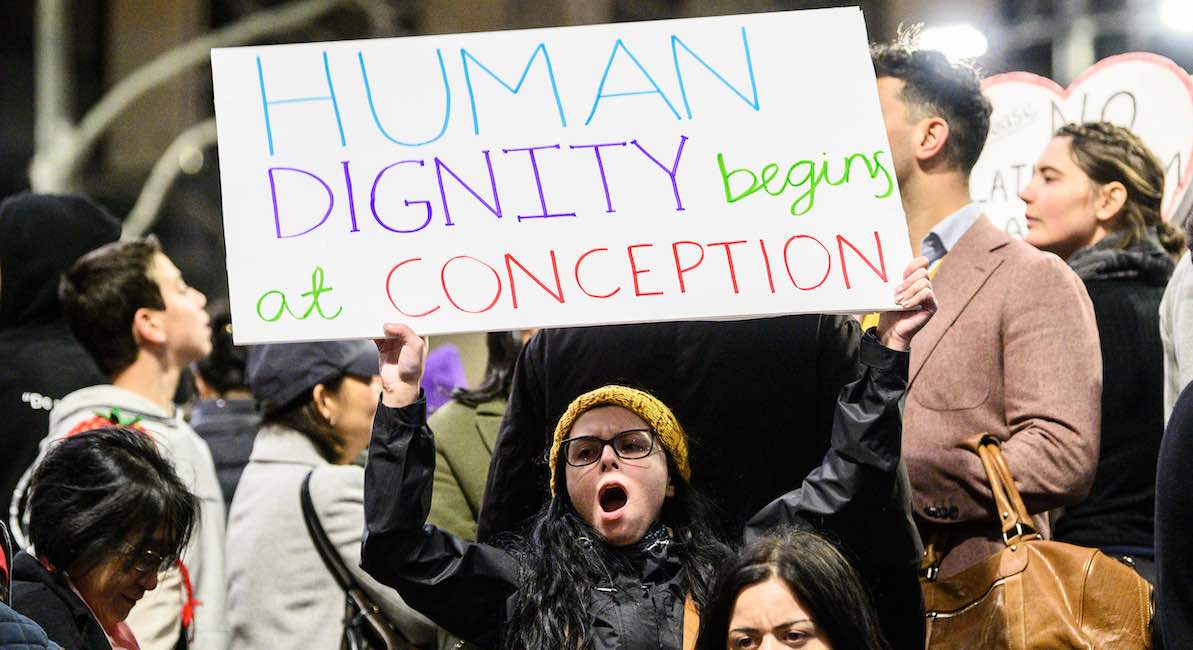 (Secular Pro-Life) A saying typically attributed to former President of the United States Dwight Eisenhower goes “Never question another man’s motive. His wisdom, yes, but not his motives.” Unfortunately, it has become commonplace for defenders of abortion to ignore this concept. With the growing toxicity influencing our political discourse every day, bad ideas are given fertile ground to take root in.

Accusations are not arguments, and shouldn’t be treated with the same weight as arguments. Unfortunately, they are still represented broadly in mainstream discourse, whether by hashtags such as “reproductive rights” or by The Handmaid’s Tale cosplay clubs. Even more widespread is the assumption made by many pro-choice advocates that any inconsistency on the part of pro-lifers is proof of ulterior motives. For example, the alleged unwillingness of pro-life advocates to care for life after birth is touted as evidence that the real reason people oppose abortion is an underlying desire to control women, in any of the ways stated above. According to this view, defenders of abortion have “discovered” the true goals of the pro-life movement. It’s not about saving babies, it’s about controlling women. Hence the red cloaks and white bonnets.

Setting aside for the moment that this ignores nearly all pro-life discourse on the topic of abortion, the theory that all pro-life activists have wicked intent towards women is just plain silly. And it’s also something we can test empirically.

To borrow a concept from an earlier Secular Pro-Life piece, let’s pursue a little thought experiment:

Suppose there were a bill on the table that would make it easy for women who have not been diagnosed with breast cancer, but who fear such a diagnosis in the future (due to family history, the BRCA gene, or any other reason), to obtain elective mastectomies on demand. Government budget authorities have confirmed that the proposal is financially sound. This is a law that would not cause a single human death, but that would undoubtedly increase a woman’s control of her own body.

Can you imagine the National Right to Life Committee, Susan B. Anthony List, Americans United for Life, and so on lobbying against such a bill? I, for one, cannot. There would be no reason for them to do that. Likewise, I have a hard time picturing pro-life stalwarts in the House of Representatives voting it down multiple times and celebrating its defeat. A woman’s exercise of bodily autonomy by itself doesn’t fuel outrage; it is only when that exercise ends in the death of a human child that the pro-life movement rallies its troops.

There’s a very good explanation for why you will never see pro-life groups protesting tattoo parlors or breast enlargement clinics. You will never see someone sidewalk counseling outside of plastic surgery facilities. The number of pro-lifers devoting any time to these establishments is zero. The reason is very simple, actually: Pro-lifers really do believe abortion intentionally kills an innocent human being, and thus should be stopped, unlike any other elective surgery.

Let’s look at it another way. Who has been leading the push against embryo destruction for bio-medical research? With few exceptions, it has been the pro-life movement. This casts further doubt on a conspiracy to control women’s sex lives or fertility; destructive embryo research takes place in a laboratory, not in the womb. A woman’s body is irrelevant here. It seems those darn pro-lifers actually do care about the prenatal being, even at that very early age.

One more example, to again borrow from my colleague’s earlier post, why exactly are those silly pro-lifers pushing for a born-alive infant protection law in the first place? (Setting aside the complaints the law isn’t necessary; for a good breakdown of the law, see this report from the Heritage foundation, as well as Hadley Arkes’ Natural Rights and the Right to Choose.)

If the “real motivation” of the pro-life movement is to punish women for having sex or to control their ovaries or uteruses, then why would pro-lifers concern themselves with the lives of children after they have left the womb? Pro-lifers fought to ensure the infanticidal tendencies of Kermit Gosnell have never faded from the public eye. The Born-Alive Bill is one way of ensuring it never happens again. Maybe we actually do care about the lives of babies after all.

To also address the similar claim that pro-lifers only care for fetuses, then stop caring at birth, ask yourself this question: If a bill legalizing infanticide up to, say, six months after birth was proposed, who would be the first to show up to oppose it? The pro-life movement. This isn’t such a stretch, given that a growing number of philosophers have argued that infanticide may not be such a bad thing as we have been led to believe: Peter Singer, Francesca Minerva, Alberto Giubilini, Michael Tooley, and others have all either defended or acknowledged infanticide as amoral or morally acceptable.

These realities highlight just a few of the hurdles one must jump over in order to “prove” that the pro-life movement is one massive conspiracy to control women. It’s an impossible task to begin with.

The notion that the pro-life movement is hiding its desires to control women is juvenile. Critics of the pro-life view need to do better than that. Pro-lifers argue that it’s wrong to intentionally kill an innocent human being. Elective abortion does that. Therefore, elective abortion is wrong.

In other words, our critics must take the time to answer our essential argument, instead of contriving silly conspiracy theories about why people oppose abortion.

Editor’s Note: This article was published by Secular Pro-Life and is reprinted here with permission.