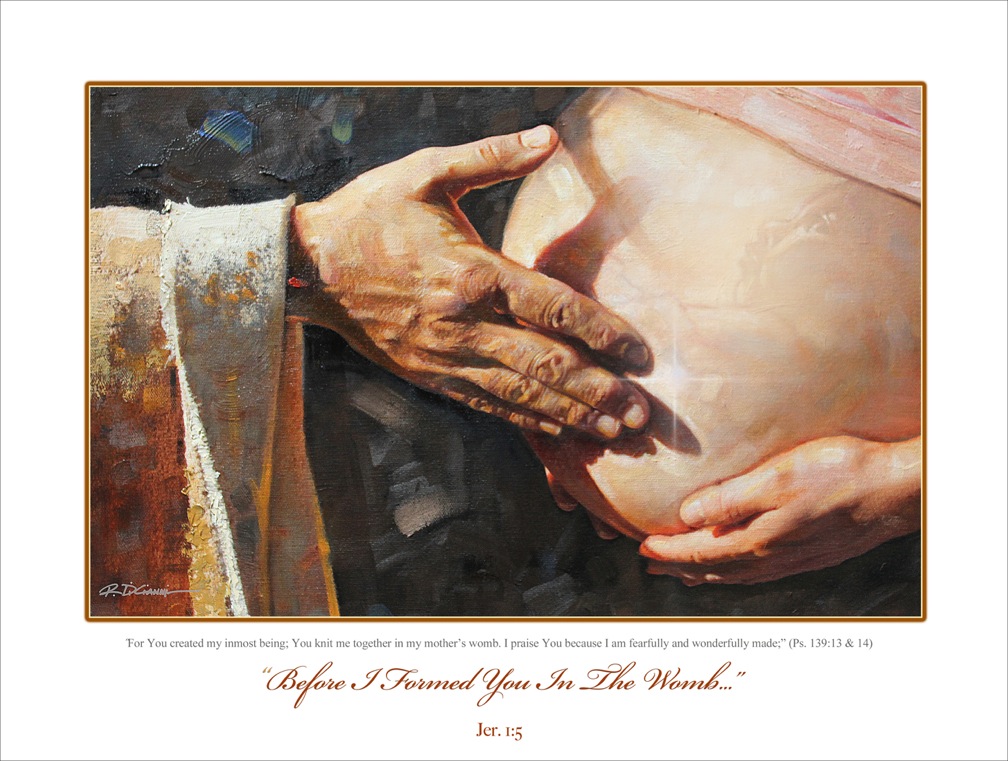 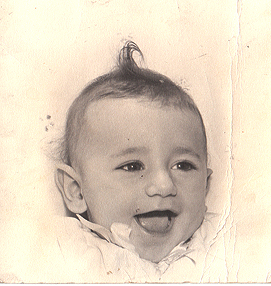 Nationally known artist Ron DiCianni was saved from abortion minutes before he was scheduled to die. Sixty years ago, his mother walked out of an abortion clinic after a last-minute change of heart. As the U-T San Diego reports:

The renown Christian painter, who lives in Temecula, said his mother was inside an abortion clinic and about to terminate her pregnancy when divine intervention stopped her.

‘She said she heard — verbally and audibly — a voice say, “Don’t do this, I have a plan for this baby,”‘ DiCianni said. ‘She pushed the needle away, and gave me a chance to live.’

DiCianni is a Christian artist, and his life is full of evidence that God did indeed have a purpose for that baby all those decades ago. More about his mother’s choice and DiCianni’s early years can be found here. His biography on his website tells what he’s done during his long career:

His artwork has won him national recognition with many national corporations including ABC, NBC, the Smithsonian, and McDonalds. Ron was also commissioned as official artist of the United States Olympic Committee for the Moscow Olympic Games.

DiCianni’s bio also shares how he “dedicated his talents solely to the task of proclaiming the ‘Good News’ of the Gospel.” He’s partnered with DaySpring and provided artwork for books by famed Christian authors including Frank Peretti, Max Lucado, and Joni Eareckson-Tada. DiCianni has also written and illustrated his own devotional, Beyond Words.

And newest in the line of DiCianni’s accomplishments is the founding of a pro-life foundation. DiCianni wants to use his talents to encourage other mothers – just like his – to choose life for their children. In his view, every baby has a purpose.

In January of 2013, the “Before I Formed You” foundation was set in motion. Partnering with Rancho Community Church in California, DiCianni is raising money to put a specific painting in “abortion clinics, Planned Parenthood offices, pro-life crisis pregnancy centers, and pediatrician and gynecologist offices. U-T San Diego explains:

The effort centers around a painting DiCianni did of his daughter-in-law’s stomach as she was 9-months pregnant. The image includes Jesus Christ’s hand gently touching her swollen belly, with a star-like glow emerging where the two intersect. …

‘I can put something in front of impressionable young women who would take a look at this and believe and understand in their heart that they are carrying a life in their womb,’ DiCianni said.

To that end, individuals and churches can donate to the foundation to pay to send the print and various other prolife materials to recipients such as crisis pregnancy centers and abortion clinics.

DiCianni acknowledged the chances of an abortion provider hanging the picture is slim, but he said it’s worth a try.

‘Maybe the abortion provider says, “I don’t know if what I am doing is right, but since we do offer people a chance to change their minds, we are going to hang this somewhere where people who are on the fence can see it,”‘ he said.

Attendees at Rancho Community Church have already donated enough money to place 115 paintings, and another church jumped on board shortly after. It seems people are catching the vision – changing hearts in whatever way possible, based on whatever talents each person has been given. The executive director of a pregnancy resource center who is about to receive a painting shared her heart:

‘I hope it will make more women want to keep their babies or place them for adoption,’ she said. ‘And we’re hoping an abortionist who sees it will have a change of heart.’

Indeed, one of DiCianni’s main goals is to share this painting with those who are intimately involved with supporting abortion. His foundation’s “About” page reads, in part:

Our idea was to send copies of the print to people involved in the abortion process.  They open the box, see the image and hopefully God speaks to them. …

We want to get this print in front of every expectant mother, every crisis pregnancy counselor, every doctor that refers women to get abortions, every legislator that thinks abortion is good and last but not least, every medical professional that would dare perform one.

One donation option is to give $40 to “send one print, a letter from Ron DiCianni and a copy of 180 [Ray Comfort’s film] to every Planned Parenthood office and abortion provider in America.” The foundation’s giving campaign is very doable, with options of $10-$99 donations to send the prints all across the nation – to legislators, pregnancy centers, pediatricians, and OB/GYN’s. Of course, there is also a need for major donors so that blitz campaigns, media spots, and advertisements can go forward. The Before I Formed You Foundation is a nonprofit, and DiCianni is not making any money off this endeavor.

So – what do you think of the painting? Do you have $10 – or more – to spare? Can you imagine the impact this could have on countless mothers, politicians, and abortion providers?

UPDATE: Read this article to learn about a baby who has already been saved through this painting.