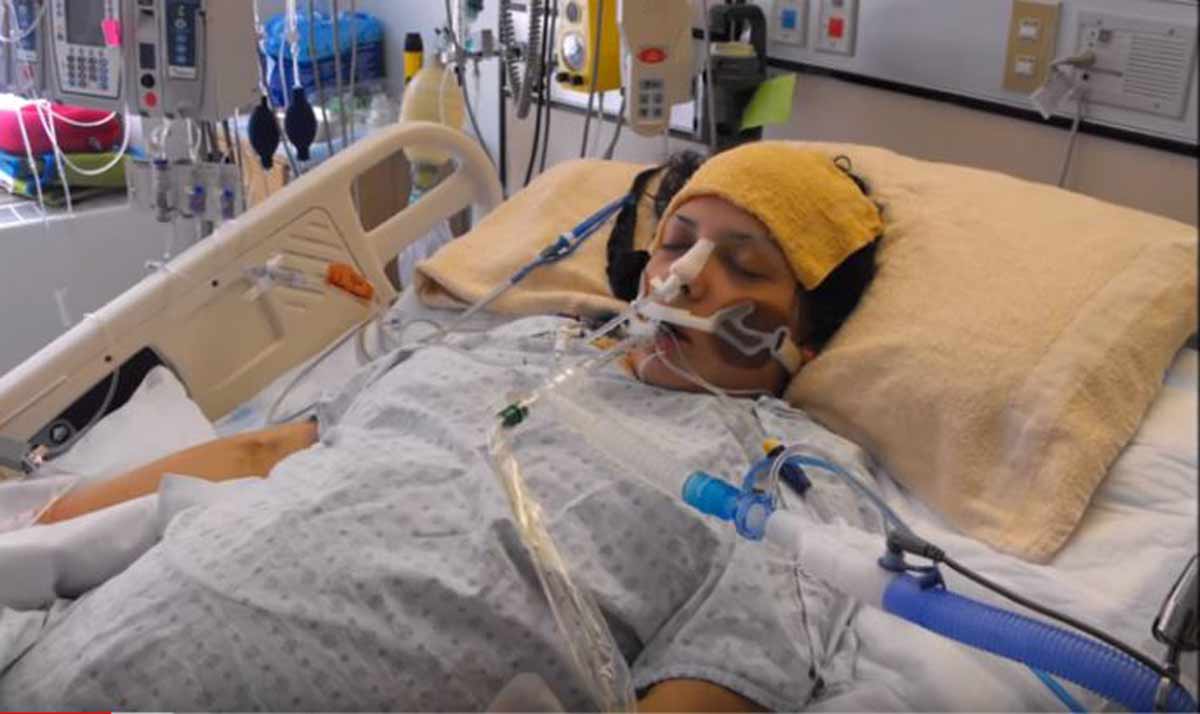 At 26 years old, Holly Gerlach welcomed her baby girl Casey into the world. But what was supposed to be a joyous and exciting time quickly turned terrifying. After feeling a tingle in her finger, pain in her neck, and weakness in her legs, Gerlach was diagnosed with Guillain-Barre Syndrome (GBS), just three weeks after giving birth. Within 12 hours of arriving at the emergency room, she was paralyzed from the neck down, and within three days, she was on life support.

GBS is a rare autoimmune disorder that can be fatal. It causes a person’s immune system to attack the nerves, and can be minor with some weakness in the body… or it can be life-threatening, causing complete paralysis, including the loss of the ability to breathe. It affects one in 100,000 each year.

For Gerlach, just like with others who suffer from a severe case of GBS, the symptoms came on quickly. Despite being told that she would recover, for six weeks she saw no signs of improvement, and was placed on life support. For two and a half months, Gerlach was paralyzed, breathing only with the help of a ventilator. She was unable to speak, and had to mouth her words to the medical staff and her family. She was in a great deal of pain. However, she didn’t let any of it keep her from her newborn daughter, who motivated her to fight for her life.

“It was a very dark time – full of pain, tears, anxiety and depression,” she said in an essay for As Told by Women. “But when I slowly started moving again, and when I started to see that there was hope of me recovering, it ignited a flame in me to push myself to get back to my baby.”

She spent ten weeks in intensive care, and was finally able to be taken off of life support. Gerlach spent weeks in physiotherapy, learning how to walk again, use silverware, write, and brush her teeth. She worked hard to build her strength, and was finally able to hold and feed Casey again. She began to walk with assistance, and after five months in the hospital, Gerlach was able to return home to life with her family again. Her baby girl was now six months old, and Gerlach had missed out on a lot of moments — but was grateful to be alive.

“We have the choice to either let our pain break us, or let it make us stronger,” she said on her blog.

“Going through a rare disease and completely losing my independence in my 20s, made me appreciate all the things that I could do again,” she said. “It reminded me how quickly life could change and that I needed to live my life to the absolute fullest. I felt so grateful that I could be a mother to my daughter again. I was just grateful to be alive.”

Gerlach began volunteering with the GBS Foundation of Canada in order to both raise awareness for the condition and to help others who are going through it. She wrote a book about her journey called “Happily Ever After” and created a video in hopes of inspiring others not to give up when faced with a frightening health situation.

“I know now, that I had GBS for a reason,” she said, “to show others that with strength, determination and perseverance, you can get through anything.”