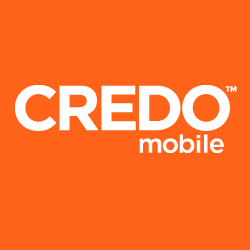 I guess pro-lifers have something to thank CREDO Mobile for. When it comes to organizations we support or establishments we shop at, it can take some digging to uncover where our money is going.

Don’t you hate the disappointment you feel when you discover that the business you like is cozied up in bed with a business you’d rather leave sleeping on the floor? Just look at the outrage over the Girl Scouts. A boycott or “cookiecott” is in full effect. Parents feel deceived because they didn’t know the funds from the Thin Mints their daughters were hawking could be given in part to U.S. abortion giant Planned Parenthood.

CREDO Mobile is making it easy for us. I’d daresay their marketing campaign is completely focused on letting you know they’re Planned Parenthood’s BFF. Check out the #1 reason they say you should switch your cell company:

Why switch to CREDO Mobile?

If you’re a progressive, it’s as simple as this: While AT&T and Verizon Wireless fund radical right politicians, we fight them. We fight them through our network of more than 3 million activists at CREDO Action. And we fight them by donating millions of dollars to progressive nonprofits like Planned Parenthood, Rainforest Action Network, Human Rights Watch and the ACLU. In fact, we’ve raised $75 million for groups like these since 1985.

Good to know. CREDO will go on the list of companies I’ll never buy from. Although they’re quite happy to be Planned Parenthood’s cheerleader, I’m saddened by it. First of all, does Planned Parenthood need any more money? As if the $542 million taxpayer dollars in 2012 alone wasn’t enough!

CREDO would obviously disagree with me, seeing as how they say: “We’re proud to be the largest corporate donor to Planned Parenthood.”

With total donations to PP since 1985 reaching $2 million, I’m sure Planned Parenthood is glad to have them. In the month of January 2014 alone, their website states they donated $80,609.10 to the abortion giant.

Most companies go into business to make money. Twenty-nine years ago, we went into business to make change. … These donations cost our members nothing. But they mean everything to the groups we support. Groups like Planned Parenthood, Rainforest Action Network, the National Gay and Lesbian Task Force, the ACLU and dozens more are fighting hard for progressive change.

I think it’s great that CREDO Mobile seeks to use its business to make changes in the world. I even admire some of the causes they care about like voting rights, environmental issues, and economic justice. Yet for whatever good they may do, CREDO is terribly misinformed when it comes to Planned Parenthood.

In a recent press release, Planned Parenthood’s VP for communication said: “Recent efforts to restrict access to safe and legal abortion, as well as preventive care like birth control and cancer screenings, have a very real and devastating impact on women who already have the least access to health care. CREDO’s support makes it possible for Planned Parenthood to fight back against these attacks on every front to protect women’s health and rights.”

Planned Parenthood continues to play both the victim and the savior role in our society. In reality, the true victims are the 327,166 unborn children Planned Parenthood mentions as aborted in its 2012 report. That’s more than double the amount of people alive today in the capital city of my state. That’s 327,166 children who never got to utter their first word. Their demise supported by people happy to give to a “progressive” cell phone company.

If you’re looking for a cause worth fighting for, check out Live Action’s undercover work exposing Planned Parenthood’s lies concerning women and mammograms. Join the fight to save the lives of the unborn and the hearts of the women in our nation.