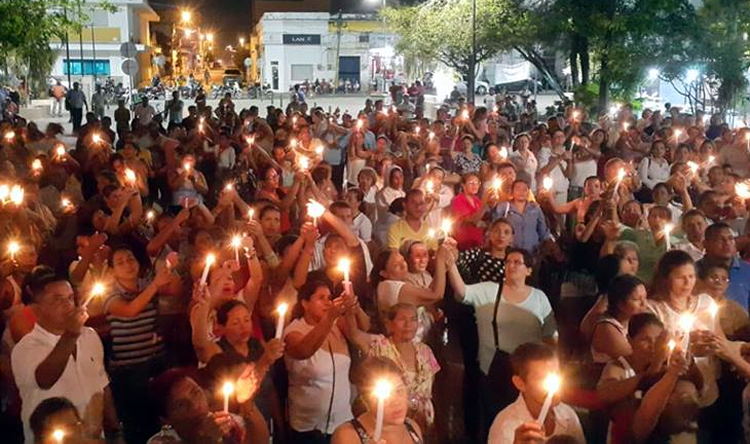 The 40 Days for Life campaigns are a powerful picture of the way prayer can be used to bring people together for the cause of justice. This past February 10th  to March 20th, hundreds of people gathered in cities across the world. Young children joined with older men and women to stand outside abortion clinics in peaceful protests and prayer. The results recorded from that short amount of time are remarkable.

As Live Action News noted earlier, 471 babies are reported as being saved from abortion in connection with the campaign. 471 women left their abortion appointments and decided to save their children because of the prayers and public witness of faithful dedicated people. That number is larger than the graduating class in many high schools and bigger than the membership in many churches. 471 people now have an opportunity to live out their God-given potential because strangers cared enough about them to stand outside in the wind, cold, sun and rain. What a beautiful display of sacrificial love for the sake of another valuable human being.

In addition to the 471 lives being saved, abortion centers shut down in Jacksonville, North Carolina, South Bend, Indiana, and in Augusta and Marietta, Georgia.

A video released by 40 Days for Life shares the joy and excitement the prayer warriors in Jackson, North Carolina, felt after their prayers were answered by the centers closing:

The prayer rally planned by the 40 Days for Life volunteers turned into a celebration of thanksgiving after hearing the wonderful news. Prior to the latest 40 Days for Life campaign, some of the volunteers in Jacksonville had been praying faithfully for years. The short video shares a moving interview with a woman in her 80’s who says she’s been praying for abortion to end since Roe v. Wade was passed. A young pro-life generation truly has much to be thankful for in regards to those that have labored long and hard to protect life.

Those testimonies are just a few of the highlights that took place because of the latest campaign. The entire campaign has been chronicled through daily blogs on their website, where readers can go back and read stories of encounters with Planned Parenthood workers, women walking out and bold volunteers taking a stand in cities across the country. You can also read about 40 Days for Life international campaigns that took place in Australia, Croatia, New Zealand and other countries. This was the first 40 Days for Life campaign to ever take place in Hong Kong.

Thank you to all the committed volunteers who sacrificed their personal time to pray on the behalf of the vulnerable. Your efforts have made a lasting difference in the lives of countless people. Thank you to God who hears prayer and who has done mighty miracles during this time! I pray that lives will continue to be saved and pregnancy care centers will replace the work of abortion centers across the globe.