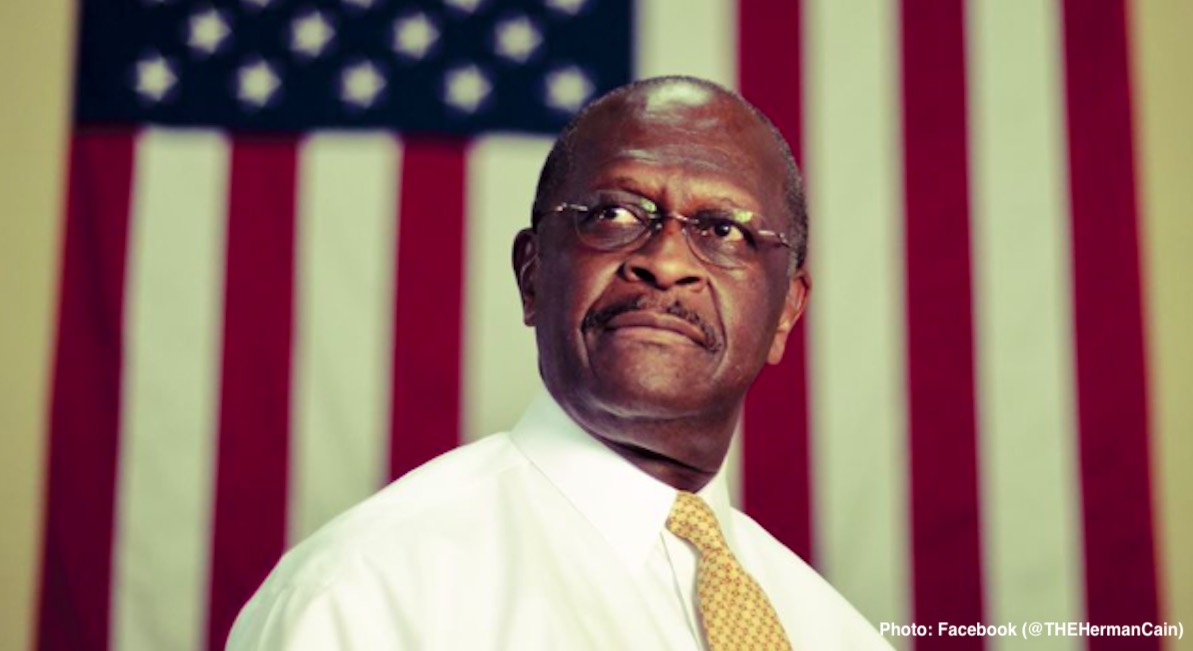 Pro-life TV and radio host Herman Cain has died at age 74 from complications of COVID-19. Cain graduated with a Master of Science in Computer Science from Purdue University in 1971 while working full-time as a ballistics analyst for the U.S. Navy. He went on to have a successful career in business, was president and CEO of the National Restaurant Association, served as a senior economic advisor to Bob Dole’s presidential campaign, and contended for the 2012 Republican presidential nomination. He was also a strong advocate for life.

My good friend Herman Cain has gone to heaven. He will be greatly missed!

Though there was, at times, confusion over Cain’s position on abortion, he clarified his stance in a tweet that simply stated, “I’m 100% pro-life. End of story.”

As a presidential candidate, he said abortion should not be legal and vowed to appoint judges that understood “that the Constitution contains no right to take the life of unborn children.”

He also opposed the taxpayer funding of abortion and said he would “do everything that a President can do, consistent with his constitutional role, to advance the culture of life.” He stood against Planned Parenthood, calling the abortion corporation “planned genocide” and donated $1 million of his personal money to an advertising campaign urging Black Americans to vote pro-life.

Cain tested positive for COVID-19 on June 29th and was hospitalized after he began showing symptoms on July 1st. It is unclear when and how he contracted the virus, but his friend and colleague Dan Calabrese said he did a lot of traveling. Cain is survived by his wife Gloria, children Vincent and Melanie, and three grandchildren.

“[…] I want you to understand just what our world has lost today,” wrote Calabrese on Cain’s website. “There aren’t many people like Herman Cain, and it behooves us to truly cherish the ones we’re given. His wife Gloria – his children Melanie and Vincent – and his grandchildren . . . they need our love, our support and our prayers. Nothing I talked about above meant as much to him as these wonderful people did, and because he loved them so much, we will continue to feel his impact on the world through them.”