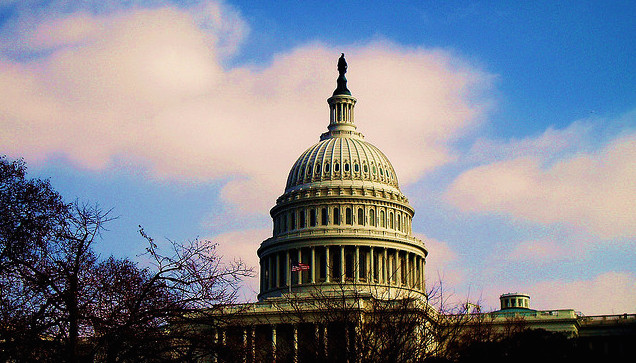 Several restaurants and eateries in D.C. announced their support of abortion business Planned Parenthood on the eve of the inauguration of President Trump. The announcements come as a newly elected president and Congress have vowed to defund Planned Parenthood’s over half a billion in federal tax monies. It also comes on the eve of the 44th anniversary of the infamous Roe v. Wade decision which legalized abortion on demand, and just as hundreds of thousands of pro-life supporters plan to rally in the capital on Friday.

Even though these restaurants set Inauguration Day aside to raise their support, pro-lifers heading to D.C. for the March for Life on January 28th might want know which restaurants, bars, or eateries have committed to supporting Planned Parenthood.

#1). Community Restaurant & Lounge, created what they called the “Golden Showers” burger and vowed to give $5 from every sale toward Planned Parenthood. 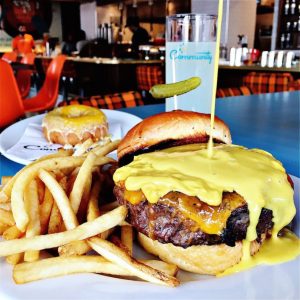 With the exception of two, the following businesses were published on the website All in Service which posted participants who pledged to support the abortion business and several other causes: 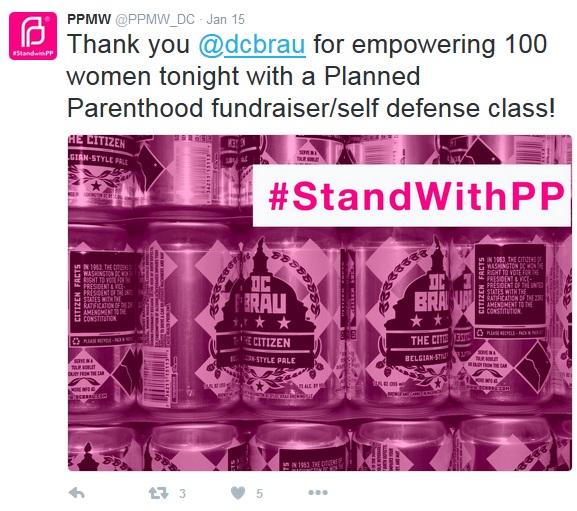 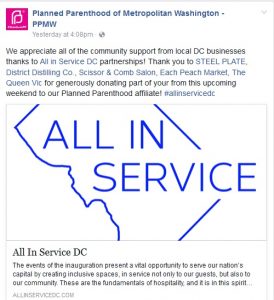 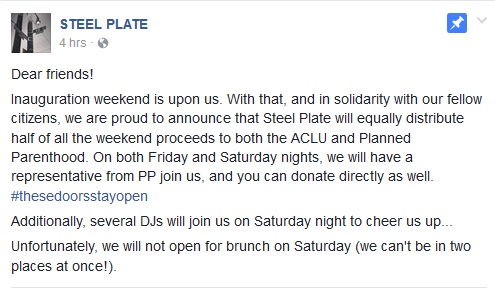 #17). VIA UMBRIA an Italian restaurant located near Georgetown.

Planned Parenthood performs over one-third of the nation’s abortions and as Live Action has documented, they are in fact an abortion corporation.

Businesses who support Planned Parenthood should realize that they are offending millions of potential customers. While they are free to support any organization or cause they choose, they need to understand that pro-lifers may just decide to spend their dollars elsewhere.