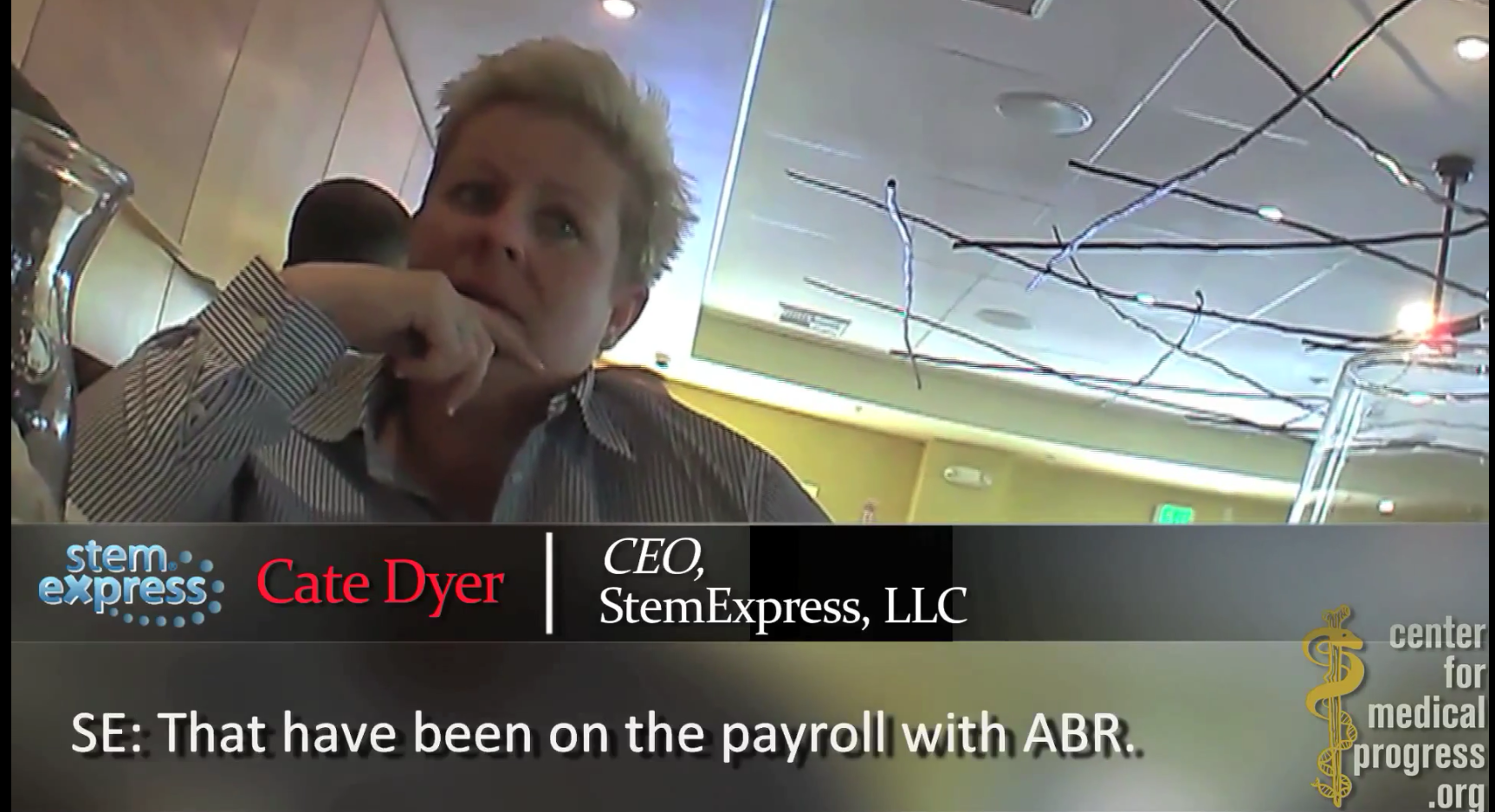 Though abortionist Mary Gatter’s desire for a Lamborghini is not front page news anymore, the most recent video from the Center for Medical Progress (CMP) reveals the new commodity in tissue procurement might be a condo in Hawaii.

The ninth video shows tattletale Cate Dyer, CEO of StemExpress, talking behind the back of her competitor, Advanced Bioscience Resources, Inc. (ABR). Dyer reveals how ABR has given kickbacks to abortion clinics to help ensure they can collect their dead babies. Dyer explains that ABR has an abortion facility worker on its payroll in an advisory capacity.

Cate Dyer, who used to work as a procurement technician for ABR before founding her own company StemExpress, shares some of the financial details of ABR: “They were funding places in Hawaii for themselves,” she divulges. “Some staff–not that I know so much on the Planned Parenthood side, but I wouldn’t be surprised–there are some staff in the past that have been on the payroll with ABR.”

According to Dyer, ABR would pay an “advisor fee” to a clinic manager or director in order to preserve their exclusive right to harvest fetal tissue at that location. “There’s like, well enough known,” says Dyer, that “for a long time there were certain clinics that because they had paid advisors that were sitting on boards for these clinics, that were also an advisor to ABR, you were just never going to go anywhere with them, you know what I mean?”

Indeed, in the same video we see Dr. Katharine Sheehan, from Planned Parenthood of the Pacific Southwest, explaining how they have worked with ABR for the past ten years. Additionally, an ABR representative explains to CMP how they are always right there in the clinic ready to harvest the aborted baby’s parts immediately after an abortion. This business model has worked well for the “nonprofit” ABR, but Dyer also notes that this is an older way of doing business.

Now places like StemExpress come in offering to pay the clinics, and that makes ABR behind the times. Dyer explains how ABR has stayed under the electronic radar and even getting a fax machine was an advance for them. StemExpress, she says, is diligent about paying for everything with its business model; she prides herself on “paying it forward”:

I think it’s what you give back you know? We’re really adamant givers in regards to that, so I think-I’m about paying it forward, you know? It’s a polar difference. But I bet you that clinic had to pay for that fax, I bet you they did. I wouldn’t be surprised if they told you they have to foot the bill. (Transcript, Page 57)

The conversation stays focused on money and business models and shows a contrast of the procurement agencies with one common thread: Abortion clinics profit from both of them since it costs them nothing to let a person take the baby and its parts away.

ABR is a nonprofit, while StemExpress is for profit. As a result, StemExpress’s way is better, Dyer notes, because it pays Planned Parenthood twice, making her company a better deal for abortion clinics. Dyer explains how she approached clinics to get business:

So ABR is not for profit and wasn’t paying any of the clinics, was funding places in Hawaii for themselves. All sorts of things, and I would go into the clinic, and they would go “Oh you’re for profit? And you want to pay us?” So, I’m like “I want to pay you, she doesn’t want to.” … I pay tax, that actually donates, ends up funding programs back to you guys…. Sometimes taking money from a for profit, that can get scary for them and sometimes, these things come up. But again, in those capacities, we’re the ones paying tax, folks. If you’re getting grants, if you’re getting federal money, we’re actually paying for that. I think that’s an important distinction. (Transcript, Pages 41-42)

Dyer explains that because of that competition, ABR probably feels “some anger and bitterness towards companies like us making them work harder, maybe the clinics are asking more of them.”

She adds that for profit fetal tissues procurement agencies are “raising the bar” (Transcript, Page 56-57) because they pay for their tissue directly, while ABR could just have their advisor getting kickbacks—which made it easier to get a condo in Hawaii, she surmises, agreeing that maybe that’s why the head of ABR is “grumpy.”

What’s stunning about these conversations is what all the videos have revealed: the calloused, cold comments of people who take baby parts, some from babies born alive and killed, and sell them so they can make money. Whether the goal is a Lamborghini  or a condo in Hawaii, the killing of a baby makes it all possible. And when ABR is involved, it means an abortion clinic worker is making a personal killing in kickbacks too.

At least until StemExpress “raises the bar.”