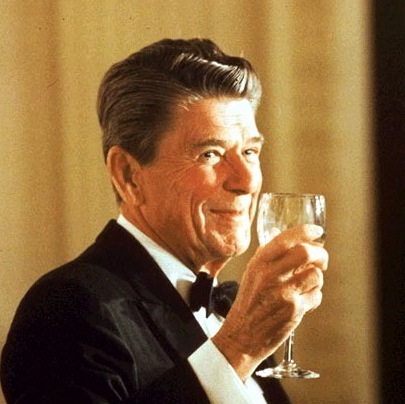 The case to stand on principle. 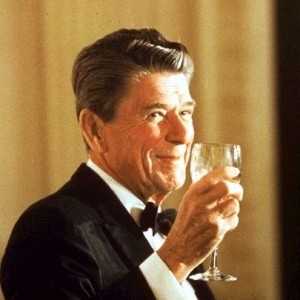 On this day in 1911, one of America’s greatest pro-life leaders was born. President Ronald Reagan would be 102 today, so there is no better opportunity to reflect on his contributions to the human rights struggle of our lifetime.

Regan didn’t begin his career as a champion of the unborn. By his own admission, abortion “was a subject [he’d] never given much thought to and one upon which [he] didn’t really have an opinion” prior to his tenure as governor of California. But when the Therapeutic Abortion Act to legalize abortion on demand reached his desk in 1967, Reagan committed to “more studying and soul searching” on the issue than any other, voraciously consuming theological, medical, and philosophical material on it.

Reagan initially concluded that the only “kind of abortion bill [he] could sign was one that recognized an abortion is the taking of a human life” and that therefore tolerated it only as an act of self-defense in cases where the mother’s life or health were threatened, or when she was raped. Determining with his staff that the bill as presented to him would have been enacted over his veto anyway, Reagan decided to sign a modified version that limited abortion to those cases.

But as Paul Kengor and Patricia Clark Doerner recall, the results were very different: “the mental health-provision was abused by patient and doctor alike,” leading to a California abortion spike from 518 legal abortions to an annual average of 100,000 by the end of Reagan’s governorship. “Even the bill’s Democratic sponsor confessed to being surprised that physicians so liberally interpreted the law.” Its effect on Reagan was similarly profound:

Reagan was shocked at the unintended consequences of his action. Morris said Reagan was left with an “undefinable sense of guilt” after watching abortions skyrocket. Cannon claims this was “the only time as governor or president that Reagan acknowledged a mistake on major legislation.” Clark called the incident “perhaps Reagan’s greatest disappointment in public life.”

For Reagan, one good thing did come out of this disappointment. As Georgetown’s Matt Sitman notes, “It is impossible to understand his later staunchly pro-life positions without grasping the lessons he learned from this early political battle.” Reagan, says Sitman, survived the ordeal with a “profoundly intellectual understanding of the abortion issue…. It was in 1967 that his ideas concerning the beginning of human life were fully formed.” He now had a cogent understanding, politically and morally, of abortion and its implications.

Consequently, the Ronald Reagan who assumed the presidency was a full-fledged crusader for life, defending the unborn in every political avenue he could:

What’s more, he took his case beyond Congress and to the American people, most famously in a timeless 1983 essay, “Abortion and the Conscience of the Nation.” Its logic, comprehensiveness, and moral clarity make it a hard act to follow even today, as Reagan addresses every major aspect of the debate, including Roe v. Wade’s judicial malpractice:

No serious scholar, including one disposed to agree with the Court’s result, has argued that the framers of the Constitution intended to create such a right. Shortly after the Roe v. Wade decision, Professor John Hart Ely, now Dean of Stanford Law School, wrote that the opinion “is not constitutional law and gives almost no sense of an obligation to try to be.” Nowhere do the plain words of the Constitution even hint at a “right” so sweeping as to permit abortion up to the time the child is ready to be born. Yet that is what the Court ruled.

The clear humanity of the unborn:

If you don’t know whether a body is alive or dead, you would never bury it. I think this consideration itself should be enough for all of us to insist on protecting the unborn. The case against abortion does not rest here, however, for medical practice confirms at every step the correctness of these moral sensibilities. Modern medicine treats the unborn child as a patient. Medical pioneers have made great breakthroughs in treating the unborn—for genetic problems, vitamin deficiencies, irregular heart rhythms, and other medical conditions. Who can forget George Will’s moving account of the little boy who underwent brain surgery six times during the nine weeks before he was born? Who is the patient if not that tiny unborn human being who can feel pain when he or she is approached by doctors who come to kill rather than to cure?

Regrettably, we live at a time when some persons do not value all human life. They want to pick and choose which individuals have value. Some have said that only those individuals with “consciousness of self” are human beings. One such writer has followed this deadly logic and concluded that “shocking as it may seem, a newly born infant is not a human being.”

A Nobel Prize winning scientist has suggested that if a handicapped child “were not declared fully human until three days after birth, then all parents could be allowed the choice.” In other words, “quality control” to see if newly born human beings are up to snuff.

Obviously, some influential people want to deny that every human life has intrinsic, sacred worth. They insist that a member of the human race must have certain qualities before they accord him or her status as a “human being.”

And the efforts of pro-lifers to provide humane alternatives:

As we continue to work to overturn Roe v. Wade, we must also continue to lay the groundwork for a society in which abortion is not the accepted answer to unwanted pregnancy. Pro-life people have already taken heroic steps, often at great personal sacrifice, to provide for unwed mothers. I recently spoke about a young pregnant woman named Victoria, who said, “In this society we save whales, we save timber wolves and bald eagles and Coke bottles. Yet, everyone wanted me to throw away my baby.” She has been helped by Sav-a-Life, a group in Dallas, which provides a way for unwed mothers to preserve the human life within them when they might otherwise be tempted to resort to abortion. I think also of House of His Creation in Coatesville, Pennsylvania, where a loving couple has taken in almost 200 young women in the past ten years. They have seen, as a fact of life, that the girls are not better off having abortions than saving their babies. I am also reminded of the remarkable Rossow family of Ellington, Connecticut, who have opened their hearts and their home to nine handicapped adopted and foster children.

Despite his unabashed identification with a cause political elites desperately want to dismiss as a distraction for the unserious and unseemly, today, history reveres Ronald Reagan as one of our greatest presidents. Newsweek puts him in their Top Ten, our current president frequently quotes him, and liberals often attempt to co-opt him as one of their own, because today’s right-wing fanatic will always get promoted to yesterday’s “good Republican” when it becomes advantageous for them to do so. If that doesn’t convince pro-lifers’ more weak-kneed colleagues to stand on principle, nothing will.