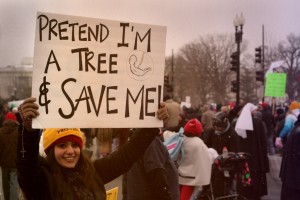 Last week, the Guttmacher Institute (a non-profit, pro-abortion entity founded by Planned Parenthood) released a synopsis of pro-life legislation in the last thirteen years, pointing out in a “quasi-hysterical” manner that more pro-life laws were passed between 2011 and 2013 than in the entire decade preceding that period.

The synopsis has made its rounds by now, but to recap, Guttmacher summarized the results as follows (emphasis added):

Reproductive health and rights were once again the subject of extensive debate in state capitols in 2013. Over the course of the year, 39 states enacted 141 provisions related to reproductive health and rights. Half of these new provisions, 70 in 22 states, sought to restrict access to abortion services [in other words, they were “pro-life” laws].

The explosion of the pro-life movement/belief/conviction in the United States is evidence that the pro-life movement is succeeding in changing hearts and minds. For years, pro-life leaders have been echoing the same point – that is, that legal abortion will not be overturned in a sweeping Supreme Court decision like Roe v. Wade, which legalized it 41 years ago. Rather, the way back to a culture of life in America is one by one.

In the ’90s, a majority of Americans self-identified as pro-choice; today – fewer than 20 years later – the  number of self-identifying pro-lifers in America has replaced the former pro-abortion majority. Individual persons and communities have come to their pro-life convictions on a grassroots level, thanks to the dedication of committed pro-lifers who have affected them. As a result, constituencies are becoming more pro-life, and voting for politicians who reflect their views. This has led to state-level abortion restrictions being passed in vast swaths of the country.

Unsurprisingly, Guttmacher and the liberal media are bemoaning the momentum of pro-life legislation. If they fully understood the reason behind the shift (that hearts and minds are changing individually), the uproar would undoubtedly be twice as fierce, because it is unlikely that the abortion rights movement will be able to regain its old territory at this point. It would be harder, if not impossible, for them to reverse the trend by leading people to a deeply rooted conviction that murder of innocent persons is good. Scientific advances like 4-D ultrasounds and developments in fetal surgery pose even greater problems for the abortion movement, which formerly relied on science and technology being less advanced than they are today at displaying the obvious realities of human life in the womb.

In its losing battle, the abortion industry relies on semantics to retain its support base. It refers to the sweeping changes in abortion legislation as “hostile” to women’s reproductive rights. The irony behind describing pro-life laws as “hostile”  is almost comical when juxtaposed with the goal of their endeavors – that is, to ensure a doctor’s right to reach into a woman’s womb and poison, suction, dismember, decapitate, or burn her very own child to death. Which use of the term sounds more “hostile” to you? Semantics, however, may be the last thread of hope for a movement whose premises have been rejected by science, logic, technology, and personal conviction.

As Guttmacher’s report demonstrates, the abortion rights movement is rapidly losing momentum, which is good for the pro-life movement. However, 45% of the population still self-identifies as “pro-choice.” Undeniably, pro-lifers are on track to continue the legislative successes that we have seen in the last three years, but the only way to ensure ultimate success is to keep our dedication to individual, grassroots outreach solid. It’s participating in our local 40 Days for Life campaigns, knocking on doors in our neighborhood, speaking about abortion at our churches, starting and reviving pro-life groups on our campuses, and educating our children about the reality of abortion that will ensure a future for the unborn in this country. The continued success of pro-life legislation will follow those actions naturally.