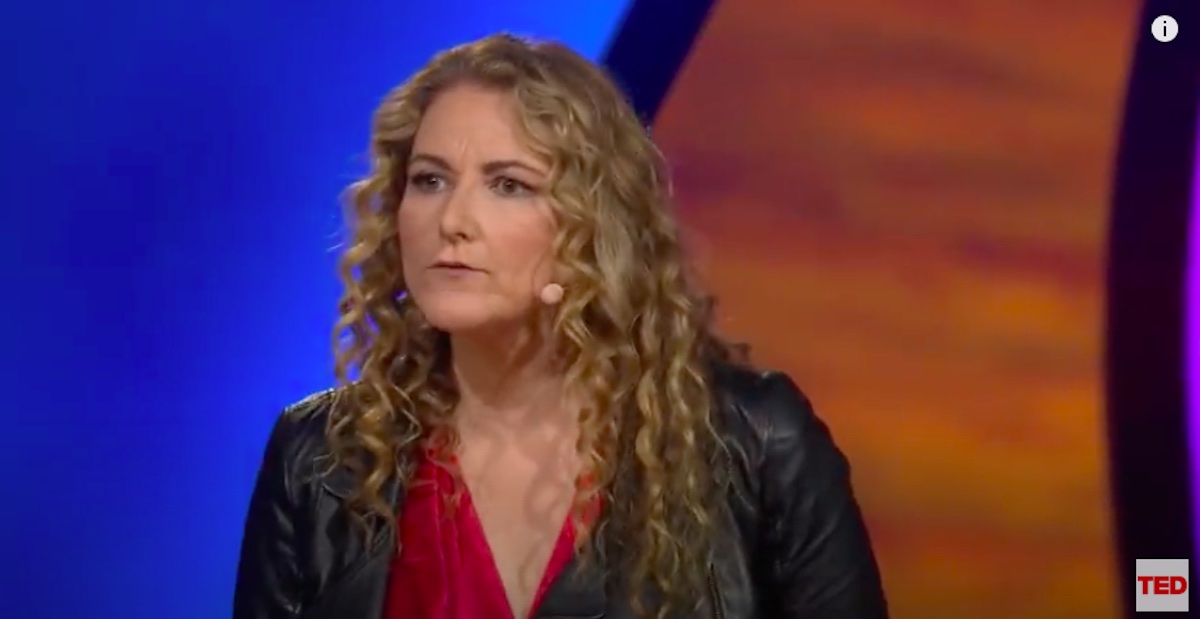 Late last month, abortionist Jen Gunter responded to an innocent enough question on Twitter: what’s the “ballsiest” thing you ever did as a medical student? For Gunter, the answer was that she refused to take a medical ethics class from a pro-life professor.

Secular Pro-Life highlighted the exchange, including a screenshot of Gunter’s response. “Refused to attend any lectures on ethics and explained why vocally,” Gunter began, adding, “The ethics course was taught by a doctor who had recently chained himself to the OR doors in an attempt go prevent abortions. Forced birthers can’t teach ethics.” 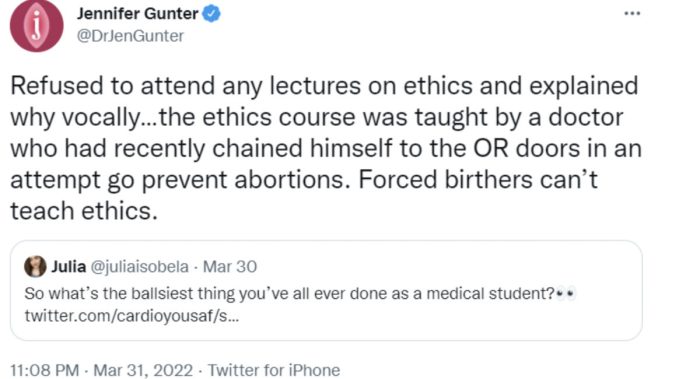 Gunter attended the University of Manitoba School of Medicine and is licensed in California. My research did not reveal any specific requirement for California doctors to complete ethics courses. However, the Medical Board of California does require applicants to provide an official medical school transcript. So either: (1) the University of Manitoba School of Medicine allowed Gunter to pass her ethics class despite lack of attendance, or (2) California saw a zero on her transcript and licensed her anyway. Neither possibility is encouraging for women seeking reputable healthcare. Meanwhile, pro-abortion states are pushing standards even lower in the name of “access.”

Though it isn’t surprising that a strident abortion supporter like Gunter would spurn an ethics class simply because she disagreed with the professor — who ostensibly was qualified enough for the university to vet and hire them — ethics classes are considered an important part of the medical profession. Medical ethics can involve any number of scenarios, including the ability to understand differing viewpoints, especially on controversial medical issues like abortion and euthanasia. Even a doctor who chooses to commit abortions, like Gunter, would theoretically need to know how to sensitively and capably work with a patient who is ardently pro-life without being condescending or disrespectful to her beliefs.

READ: Abortionist Jen Gunter: ‘The unborn are zombies’ and a human embryo is ‘not a human’

Yet Gunter has often directed scorn toward others who disagree with her on abortion, no matter how mildly — even the likes of former Planned Parenthood president and physician Leana Wen.

Ironically, as Gunter laughs off the idea of refusing an ethics course because the professor was pro-life, pro-life advocates are increasingly facing the threat of being forced to violate their ethics. The U.S. Department of Health and Human Services (HHS) is likely to announce new regulations soon, which will disallow religious exemptions and conscience protections. This would apply to apply to all health care providers, clinics, nursing homes, hospitals, group health insurers, and third-party administrators of self-funded plans.