Gruesome abortion procedures used shortly after abortion was legalized continue to be committed today, according to a recently published report from the Centers for Disease Control and Prevention (CDC). These methods include intrauterine instillation (saline or prostaglandin) abortions as well as hysterotomy/hysterectomy abortions — a procedure some say can result in a live birth.

In the book “Abortion Questions and Answers,” Dr. & Mrs. J.C. Willke described a saline abortion, writing, “A large needle is inserted into the abdomen wall of the mother and into the baby’s amniotic sac. A concentrated salt solution is injected into the amniotic fluid. The baby breathes and swallows it, is poisoned, struggles, and sometimes convulses. It takes over and hour to kill the baby.” Shortly after, the mother delivers her dead baby.

Dr. Willke also claimed that some have referred to saline abortion victims as “candy apple babies” because the “corrosive effect of the concentrated salt often burns and strips away the outer layer of the baby’s skin.” 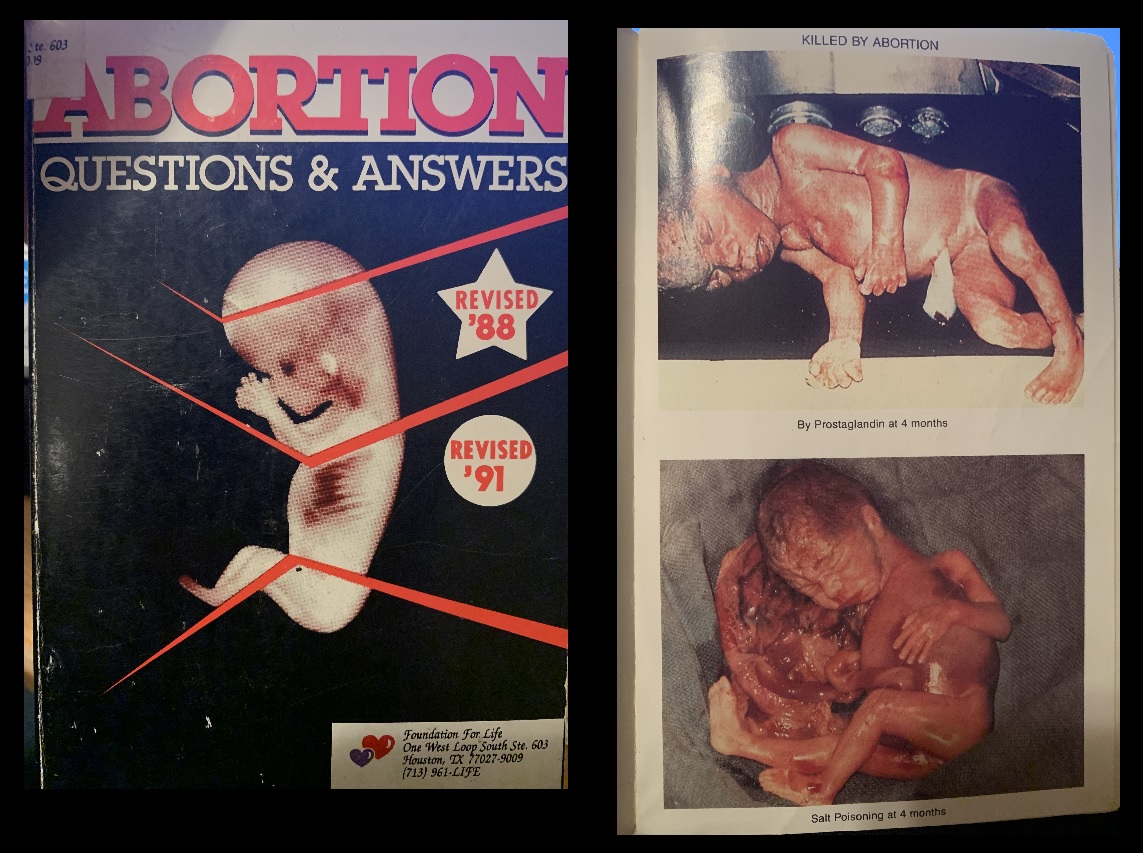 The CDC’s 1998 “Handbook on Abortion” describes the intrauterine instillation (saline or prostaglandin) procedure as involving “either withdrawing a portion of the amniotic fluid from the uterine cavity by a needle inserted through the abdominal wall and replacing this fluid with a concentrated salt solution (known as saline instillation, saline abortion, or saline amniotic fluid exchange) or injecting a prostaglandin — a substance with hormone-like activity — into the uterine cavity through a needle inserted through the abdominal wall (known as intrauterine prostaglandin instillation).” It states, “The saline instillation process induces labor, which results in the expulsion of the fetus approximately 24 to 48 hours later. The interval between prostaglandin, injection and expulsion tends to be shorter than in a saline abortion.”

In their “Handbook on Abortion” book, Dr. and Mrs. John Willke wrote that “One hundred percent of all babies born by Hysterotomy are born alive.” They described the procedure as “like a Caesarian section” which is used after the 14th or 15th week of pregnancy. “The mother’s abdomen is surgically opened, as is her uterus. The baby is then lifted out, with the placenta discarded,” they added.

“One surgeon in our area who used this method removed a tiny baby who breathed, tried to cry and was moving his arms and legs — so he threw the placenta on top of the baby and smothered him,” the Willkes wrote.

In the early 1970’s, abortionist Kenneth Edelin was found guilty of manslaughter after a baby he aborted via hysterotomy allegedly survived. The verdict was later overturned.

An image of a baby killed by hysterotomy was published in the book “Abortion and Social Justice,” seen below; it is credited to Russell Sacco, MD: 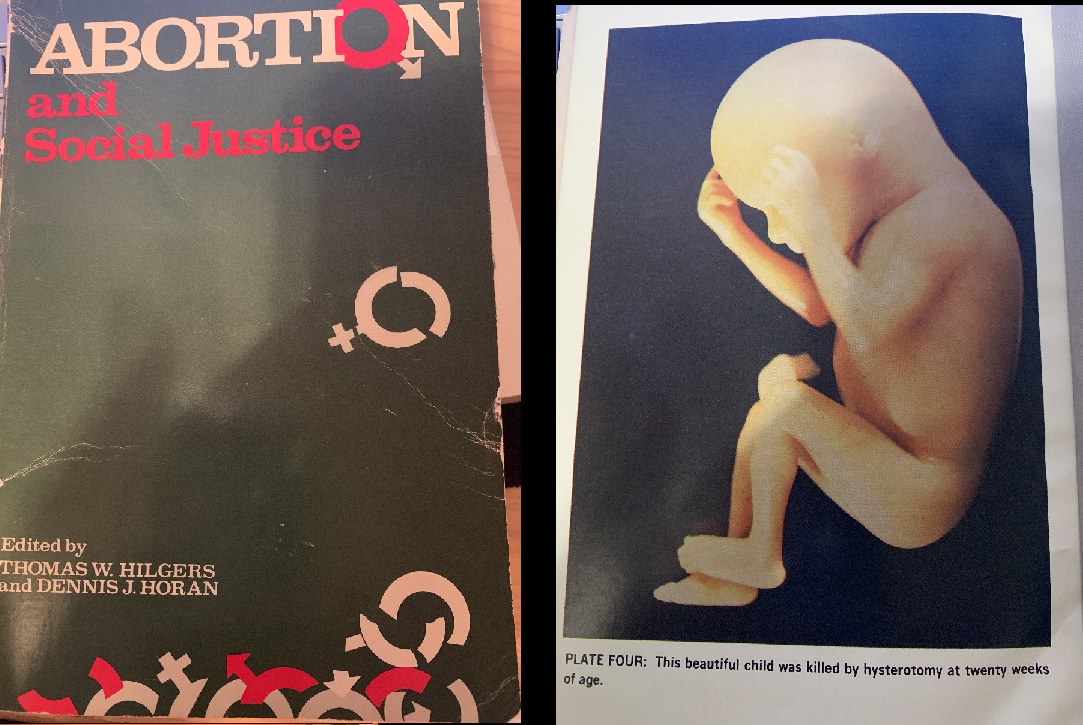 The CDC’s 1998 Handbook describes hysterotomy (removal of the uterus)/hysterectomy (essentially a preterm C-section), as involving “surgical entry into the uterus to remove a fetus. Hysterotomy is usually performed only if other abortion procedures fail or if other abortion procedures are not appropriate. Hysterectomy is a procedure in which the uterus is removed (with the fetus inside). It is usually performed only when a pathological condition of the uterus, such as fibroid tumors, warrants its removal or when a woman desires sterilization.”

The image below was taken from the 1981 pro-life brochure “Death or Life” from Hayes Publishing. 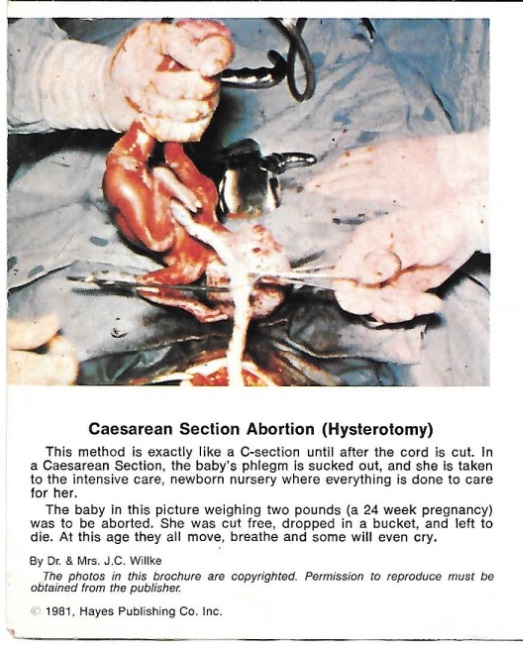 While some saline (prostaglandin) reports could be the result of miscoding, there is a concern that hysterotomy abortions conducted in both the first and second trimesters — which are very dangerous for women — could be used to procure live human specimens for ghoulish research like the experiments conducted using aborted children at the University of Pittsburgh.

Historically, hysterotomy has been tied to research on live aborted children.

Live Action News previously documented how University of Pittsburgh anatomist Davenport Hooker conducted research on children who survived surgical abortion by hysterotomy. Hooker even published a film showing how he stimulated the skin of “therapeutically aborted fetuses removed by Caesarian section,” according to PittMed, a publication of the University of Pittsburgh.

His “Early Fetal Human Activity” film (below) showed the muscle activity of six aborted children ranging from 8 1/2 to 14 weeks. (Warning – Images may be disturbing for some.)