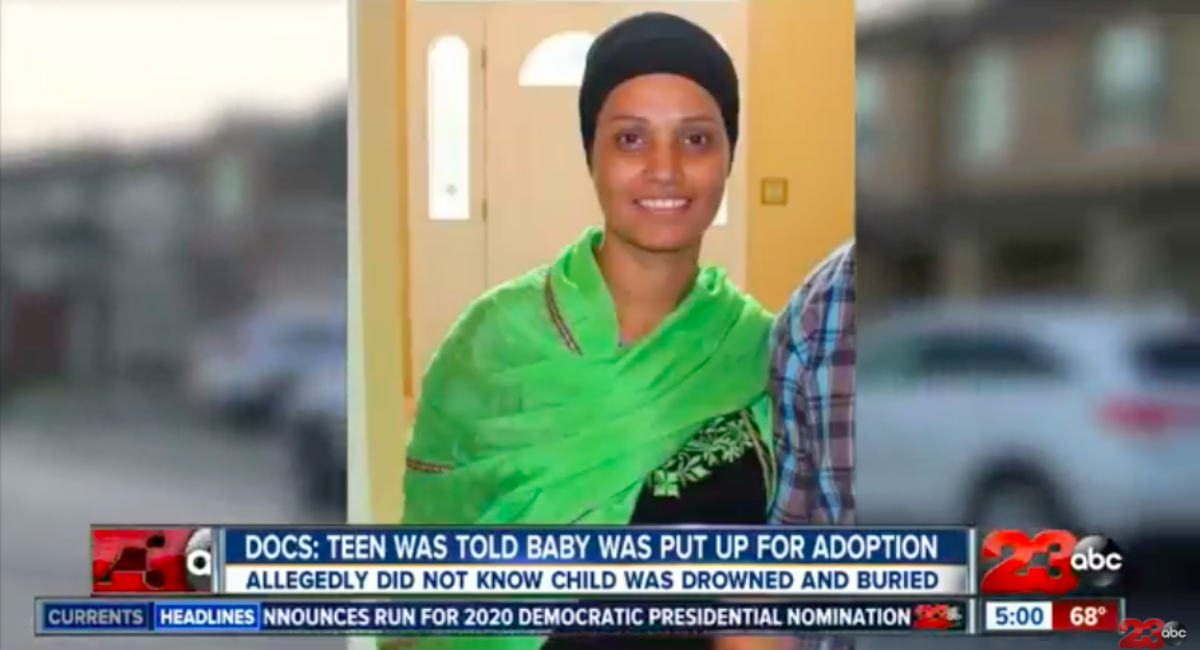 A grandmother has been sentenced to life in prison for murdering her newborn grandson. Beant Dhillon, 45, was accused of drowning the baby boy and then burying him in the backyard, scared of the supposed shame his birth would bring on her family.

As previously reported by Live Action News, Dhillon is said to have found her 15-year-old daughter just after having given birth in the family bathroom in 2018, weak from a lack of blood. Worried about what others in the Sikh community would think, Dhillon is said to have drowned the baby in the bathtub, and then buried him in the backyard while her daughter was in another room. Her daughter was given no medical care afterward, putting her life at risk as well.

READ: Irish woman sentenced to life in prison for stabbing her newborn to death

During a police interview, the teenage mother told officers she heard her baby crying before she passed out. Later, she was told that her baby had been surrendered to authorities and placed for adoption. Police visited months later after she told a counselor that her father, Jagsir Singh, had threatened to kill her, saying he would cut her up into pieces. He also allegedly hit her in the face and threatened to force her into an arranged marriage. The teen’s brother is the one who eventually told the teen that her child was buried in the backyard.

Dhillon herself later confessed to the murder and admitted she denied her daughter medical care. Yet she said she had no choice, and that her husband, Singh, would not allow her to take the teen to the hospital. Dhillon’s attorney, David Torres, said Singh “terrorized” the entire family, comparing him to Josef Stalin, and claimed that Dhillon murdered the child “under duress.”

Singh was also charged as an accessory to murder but hung himself a month after being arrested. The father of the teen’s baby is said to be Bakhshinderpal Singh Mann, the girl’s cousin. Mann began committing statutory rape against the girl when she was just 14 and he was in his 20s, and a child of that age cannot legally consent to sex. Mann fled after Singh and Dhillon were arrested, and his whereabouts remain unknown.