I am the child of an adoptee. Back when adoption was not as common as it is today, my grandparents were unable to have biological children, and decided to adopt a three-year-old boy, followed by my mother, who was adopted at birth. I’m told my grandparents were very open with the fact that my mother and her brother were adopted and my grandmother always told her children that she was a mother through her heart. My mother, who went on to marry my father and have biological children, gave birth to both my brother and me. Since my mother and grandparents share similar traits — like blond hair and light eyes — my brother and I grew up never even imagining my mother was adopted. 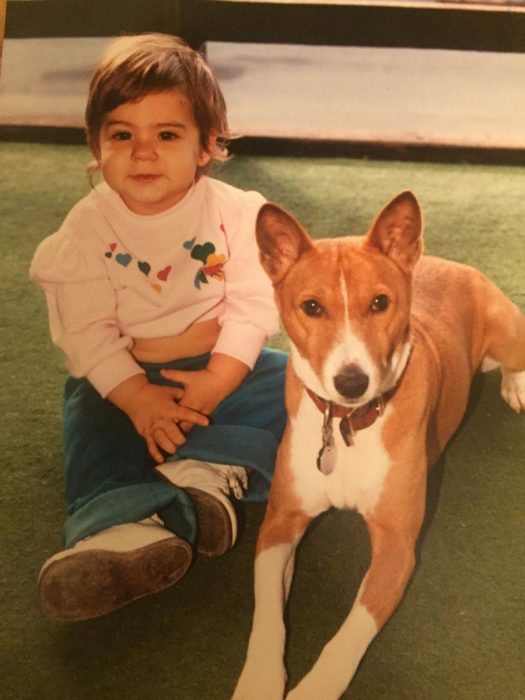 The author, Jaclyn, as a child

Once we learned the truth, we asked about possibly finding our biological relatives, but my mother stated that she had no desire to seek them out and we respected that decision. We were surprised, to say the least, but moved on rather quickly and never gave it much thought — until I became pregnant with a child of my own.

As my husband and I were sitting in the doctor’s office for that initial visit — filling out so many forms I swear I could have written a book — I came across the one that spoke of family history. For the first time in my life, I felt a void over not knowing my biological predecessors. There were so many questions I couldn’t answer — simple questions like “history of heart disease,” “history of mental illness,” “history of cancer,” etc. Now I’m not going to lie, I’d always felt a twinge of curiosity over who these people could be, but it was the kind of curiosity you see in the movies (i.e. insanely rich uncle dies without an heir and lawyer finds you and you inherit millions). But I’d never felt a void until that day. It was a sad yet odd feeling leaving everything blank and then explaining to my doctor why.

As we left the doctor’s office that day, my head was flooded with questions. Who will my baby look like? Will I unknowingly pass along a genetic issue to them? What if I have a medical predisposition and don’t know it? The list could go on and on and the answer was always the same… I don’t know. My parents were steadfast in their decision to not seek out any information. As my father put it: Jaclyn, I never worried about any of that stuff and you guys turned out fine so you shouldn’t either. But four kids later, I sometimes still worry that something might come up in the future that I can’t explain, or that one day I or my children might see someone that looks eerily familiar to us, but we don’t know why.

So though I may always have certain questions about my biology and hypothetical long lost relatives, there is one thing I know for certain: biology doesn’t mean family, and I am blessed with a great family.

To the woman who placed my mother for adoption all those years ago, I’d like to say thank you. You made a choice I’ve never had to make… and you did it with class. Because of you, I exist, my children exist, and (hopefully) one day, my grandchildren will exist. You may or may not know it but you gave us the greatest gift a person can give. You gave us a chance to live.

Editor’s Note: The opinions expressed in this article are those of the guest author and do not necessarily reflect the views of Live Action or Live Action News.