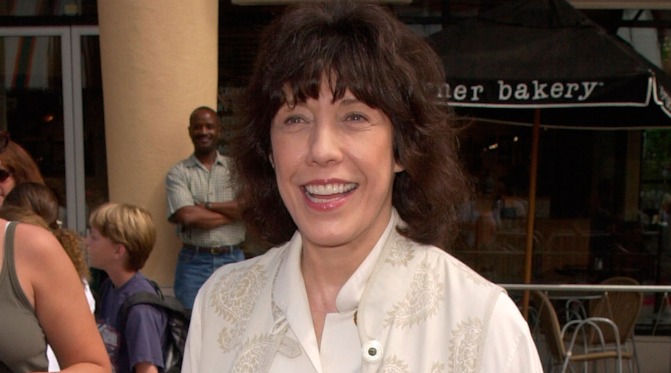 Bonding over abortion is the heart and soul of the new film Grandma, starring Lily Tomlin, which is receiving buzz after when it premiered Friday at the prestigious Sundance Film Festival. The film from Paul Weitz is what Variety‘s review notes is  partly a “breezy family comedy about mothers, daughters and abortions.”

Tomlin’s character, Elle, is a former professor and poet who, after having a bad day when she breaks up with her girlfriend, “rediscovers her softer side when her granddaughter, unexpectedly pregnant while in high school, comes to her for help. The two women embark on a mission to find funds for the teenager.”

The mission on which they embark is a road trip across Los Angeles to get the $630 they need for Sage, Elle’s granddaughter, to have an abortion. Sage doesn’t doesn’t want her mean old mom to know, but Elle just paid off her credit cards and tore them up, so their option is to drive around asking people for abortion money.

Dubbed as a multi-generational film about women, and praised for its poignancy, it’s really just another piece of pro-abortion propaganda disguised as as art, not unlike last year’s Obvious Child, which also debuted at Sundance.

The film industry’s most significant newspaper, Variety, seems to not know what this film is trying to do. In its story about Grandma, one Variety writer says:

By aligning itself with the pro-choice movement, the indie comedy is part of a new string of art house releases taking up the Roe v. Wade mantle at a time when many states and legislators are trying to curb reproductive rights.

But in its review of the film, another Variety writer says:

Though likely to be variously praised and pilloried as a pro-choice film, Weitz’s film is really a movie about choice in both the specific and the abstract — about the choices we make, for good and for ill, and how we come to feel about them through the prism of time.

Regardless of the differing takes from the writers, Grandma is perched on its pro-abortion mantel, using a great actress to draw an audience. The film portrays abortion as a need. And that’s the biggest problem. So much for the idea that abortion is a “private matter,” as Planned Parenthood preaches. Instead, the media is now rolling out the red carpet and giving abortion a starring role.

In fact, Variety’s article about the film doesn’t say too much more about the film than it does about abortion rights; it even cites laws and statistics, making it look more like a news article, proving that even the esteemed Variety has been sucked in by political pro-abortion agendas. Now Variety is now doing the work of an abortion advocate, in addition to its job as a leading  industry publication. And how pleased pro-aborts must be that even a major publication is working for them!

Unfortunately, people will probably be drawn to the film because of Tomlin, and because of the way it’s spun to be a poignant  tale of generations of women. And that’s the point. The more pro-abortion ideas that can be cunningly woven into our society, the more unsuspecting people will grasp them as normal.

Just as Variety turned its article on the film into a news piece on abortion rights, so do people allow themselves to believe abortion is normal, and a powerful right for every woman.

Hollywood’s latest work of fiction is just that: fiction. No matter how much the filmmaker, the stars, or the movie industry tries to spin it, a mission to find money for an abortion is really a conspiracy to commit murder.