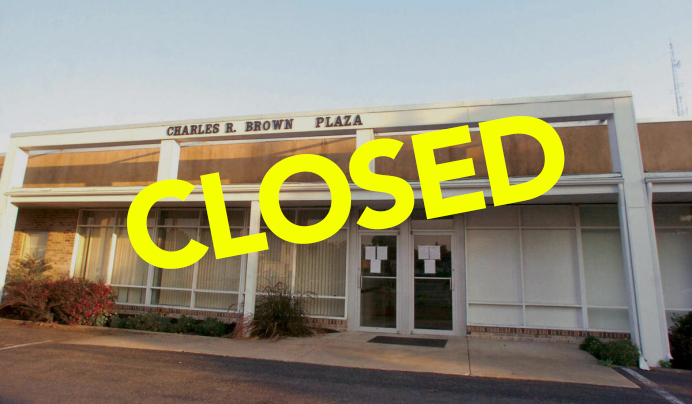 (Pregnancy Help News) — The very room once used to end lives through abortion in Elkton, Md., is now the setting where countless women will meet their children for the first time via ultrasound through the building’s new occupant, a life-affirming pregnancy center.

Once dubbed the, “Little Shop of Horrors,” the former abortion clinic was operating secretively until a 2010 raid found the remains of 35 frozen late-term aborted babies, including one that was 33 weeks gestation.

It’s sat vacant since that time, while its former tenant Steven Brigham and his associate withstood a combined six charges of first-degree murder, plus six more second-degree murder charges and a count each of conspiracy to commit murder.

Brigham—who was not licensed to carry out abortions in Maryland—and his associate, Nicola Riley, were discovered to be running a grisly, illegal business across state lines when a patient of theirs, “D.B.” was hospitalized following a botched abortion in August of 2010.

Brigham, who has a long track record of deceit and malpractice, recently made headlines for being forced out of his facility in Delaware, where he had failed to pay rent for the past nine months.

Now, almost eight years after the fact, the Cecil County Pregnancy Center is serving women with life-saving care in one of several Maryland locations Brigham had been forced to vacate in late 2010.

“It feels like a fresh breath of healing and encouragement is blowing through Cecil County with us being able to take over that space,” Dan Mohler, who serves as the center’s executive director, said. “In the very room where he was doing his abortions, we’re putting our ultrasound, and we’re going to be saving lives. I like the transforming beauty of that.”

After Brigham and Riley were forced out of business in Elkton, the Rev. Joe Piekarski of Immaculate Conception Church worked with an attorney to recover 34 of the babies from the state medical examiner’s office to hold a burial service and memorial Mass for the dead.

It was 40 years ago this year, in 1977, that Immaculate Conception Church formed the center that now occupies four spaces, including Brigham’s former facility. Last year, the community-funded organization served clients with 2,525 free services and classes, while teaching abstinence classes in local schools.

“They’re very excited about seeing us get in that building,” Mohler said. “Over the past year or so, we’ve tried to just ask the Lord to bless us and then get out of the way and let him do it. We’ve just been enjoying the blessing of the Lord.”

Mohler, whose background is in hospital administration, established partnerships with a pair of Methodist churches in the outlying areas to act as satellite locations for the Elkton center, starting in the summer of 2016.

The center had rented its previous space in Elkton in a medical complex across the street from a hospital, but that lease unexpectedly came to an end in April, prompting Mohler and his board of directors to find a new location in town.

They’d long hoped to move into the former abortion clinic, but it was out of their price range—until April, that is, when the rent dropped by more than $500 per month.

“I’d looked at the price in the past just for the beauty of being able to transform that space,” Mohler said. “As the Lord shows his sense of humor from time to time, just when we needed it, they lowered the price and put it immediately within our feasibility within just a couple of days of when we needed the space.”

The center becomes the latest pro-life center or ministry to convert a space once used by the abortion industry. In January, Philadelphia’s AlphaCare added a location adjacent to the abortion clinic formerly operated by convicted murderer Kermit Gosnell as part of a long-term vision to move into the shuttered clinic itself.

Former abortion clinics turned into life-affirming pregnancy centers in recent years include two in Iowa—including one former Planned Parenthood clinic—two in Miami, one in Toledo, Ohio, and a former flagship Planned Parenthood building in Bryan, Texas, that now houses both 40 Days for Life and a pregnancy help medical clinic.

“We’re in the process of painting and sanitizing and praying over that space,” Mohler said in late April. “We’ve been praying about this for years. The Lord had his perfect timing, and he wanted to put us in there.”

Editor’s Note: This article originally appeared at Pregnancy Help News on May 1, 2017, and is reprinted with permission.