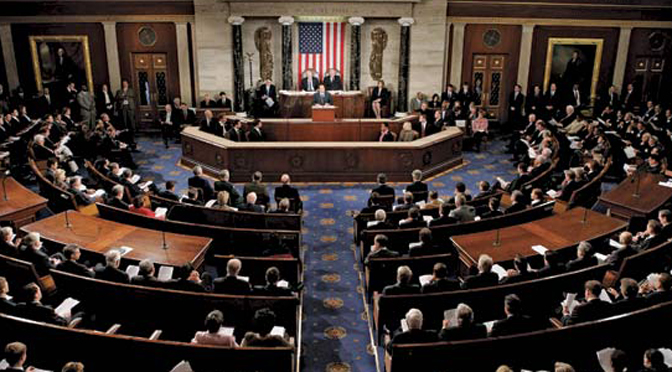 Now that the Republican-controlled Congress dutifully voted to keep giving Planned Parenthood our money for another few months, it’s time to account for who did the right thing and who didn’t.

The Senate, which flipped back into the GOP’s hands last year thanks in large part to pro-lifers, voted 78-20 for the “clean” budget resolution. Only 20 of the 54 Republicans voted not to accept a budget that subsidized Big Abortion. Among those who stood on principle were presidential candidates Ted Cruz and Rand Paul (though he was AWOL the other night when Cruz tried to attach defunding to the bill), a handful of the Senate’s more conservative members, and only one member of Senate majority leadership: Republican Conference Vice Chair Roy Blunt.

As usual, Cruz did more than just vote; on Monday night he called out his own party’s leaders for their dereliction, right there on the Senate floor:

All the body’s other GOP leaders—Majority Leader Mitch McConnell, Majority Whip John Cornyn, GOP Conference Chair John Thune, and GOP Policy Committee Chair John Barrasso—voted yes. And the other two GOP senators running for president, Lindsey Graham and Marco Rubio, didn’t show up for the vote. Graham is no surprise since he’s always been against using the CR to defund, but it’s especially lamentable that Rubio, who’s been one of the more effective spokesmen for the preborn in the field, has dodged the shutdown debate. Sure, his vote wouldn’t have changed the outcome, but his voice could have drawn more attention to the issue and brought more pressure to the obstructionists.

The House of Representatives, meanwhile, voted 277-151. Here there’s at least the silver lining that more Republicans voted against funding Planned Parenthood (151) than for (91). And just as the Senate vote provided us the opportunity to compare and contrast the strength of several people who might be the next chief executive, the House vote showed us a sampling of how some of the legislative branch’s next would-be leaders approached the issue.

The good news, then, is that a few people in leadership positions voted not to ask “how high?” when Obama said “jump,” but the bad news is that their odds of winning are remote. Despite some conservative opposition, McCarthy is generally considered a lock for the Speakership if for no other reason than his competitors’ lack of organization (then again, if there really were enough votes to depose John Boehner, presumably there would be enough to deny his hand-picked successor as well).

So as bad as things look, this at least gives genuinely pro-life activists and lawmakers a direction to work toward. In the battle between Congress’s pro-abortion, pro-life-in-name-only, and pro-results pro-life factions, the next step has to be for the third faction to become better organized and more strategy-minded—using the media more effectively to get their message out and get more of Group 2’s followers to defect, actively groom their members for the duties of leadership, and deciding who is best suited for leadership posts and building support for them further in advance than a week before the elections.

Turning Congress from a body that occasionally tells pro-lifers what we want to hear into one actually committed to pro-life outcomes is doable, but it will require all involved to reevaluate their standard methods of doing business and shape up or ship out.