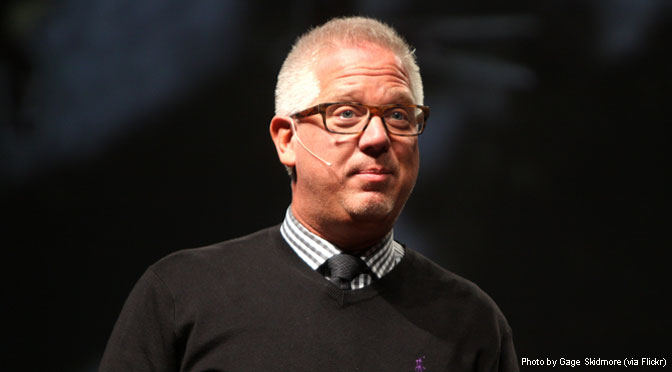 On Monday, Glenn Beck released a completed four-part series of recent segments from his radio show, providing a comprehensive overview of abortion from historical, legal, societal, and moral angles. All four parts clock in at a little under 50 minutes, and all are well worth your time.

“Progressives have done everything possible to discredit our Founding documents, with even President Woodrow Wilson saying, ‘You can’t listen to the Declaration of Independence, and the Constitution is an old dusty document,’” Beck recounts in the project’s introduction. “Progressives would have you believe that abortion has always been a constitutional right, but that couldn’t be farther from the truth.”

The first segment examines the legal status of the preborn from the perspective of America’s Founding Fathers and the British common-law tradition they inherited—the most definitive source on whether the Constitution they produced could conceivably contain a right to abortion. Historian David Barton says:

James Wilson was one of only six Founders who signed both the Declaration and the Constitution. He was the second most active member at the Constitutional Convention, and he was placed as an original justice on the US Supreme Court by President George Washington.

Wilson began America’s first organized legal training, and he authored our first legal textbook for students in which he told law students, quote, with consistency, beautiful, and undeviating, human life, from its commencement to its close, is protected by the common law. In the contemplations of law, life begins when the infant is first able to stir in the womb by the law that life is protected, end quote.

Beck goes on to quote another signer of the Declaration, John Witherspoon, as observing, “Some nations have given parents the power of life and death over their children. But here in America, we have denied the power of life and death to parents.” For more on the pro-life conclusions of Wilson and leading common-law authority William Blackstone (who Beck also quotes), click here. It’s also worth noting that the original intent of the 14th Amendment specifically guarantees equal protection of preborn humans’ right to life.

In her autobiography, Margaret Sanger wrote about a speech she gave in 1926 at a Ku Klux Klan rally in Silver Lake, New Jersey. The Planned Parenthood founder bragged about the fact that afterward, she was invited by 12 other Klan chapters to speak at their events […]

In Sanger’s 1922 book, Women, Mortality, and Birth Control, she wrote, “We should hire three or four colored ministers, preferably with social service backgrounds and with engaging personalities. The most successful educational approach to the Negro is through a religious appeal. We don’t want the word to go out that we want to exterminate the Negro population, and the minister is the man who can straighten out that idea if it ever occurs to any of their more rebellious members.”

Of course, that hasn’t stopped Hillary Clinton, Nancy Pelosi, and other pro-abortion leaders from lavishing praise on Sanger…even as the pro-abortion movement calls pro-lifers racist for exposing abortion’s disproportionate toll on black lives. (For Live Action’s own take on the truth about Sanger, click here.) Nathanson and his allies lied relentlessly and spectacularly about the number of women who had died each year from abortions. He claimed that between 5,000 and 10,000 women died each year from illegal abortions. The actual number in 1972, the year before Roe v. Wade, was 39. Nathanson later confessed he had lied about the numbers, knowing full well the figures were totally false. He stated his overriding concern was to eliminate the laws against abortion and “anything within reason that had to be done was permissible.”

Nathanson isn’t the only one to come clean about the deception—before Roe, Planned Parenthood and Centers for Disease Control statistician Christopher Tietze and Planned Parenthood director Mary Calderon both admitted the actual numbers of deaths from illegal abortions were drastically lower than the mythology, and that most illegal abortions were done by licensed doctors rather than by creeps with coat hangers.

If there’s one thing this series could have added, it would be an overview of the legal bankruptcy of Roe itself, which pulls constitutional rights out of thin air, misstates the historical precedent, and ignores the most important question of all: whether abortion kills people—a ruling so indefensible that even pro-choice scholars disavow it. (For more on Norma McCorvey, click here.)

Finally, Part IV calls out the shameless radicalism of today’s abortion-on-demand ideology—support for Planned Parenthood’s taxpayer funding even after the reveal of their monstrous organ-harvesting crimes, Hillary Clinton calling for changing “deep-seated cultural codes and religious beliefs” to accept abortion, Barack Obama defense of infanticide, and Debbie Wasserman Schultz’s refusal to even say when her own children became human.

There’s a lot more in the full audio that may not be news to all of Live Action News’s readers, but is a great reference for any newcomers to the issue, and a tremendous, wide-ranging refresher course on the true implications of the Declaration of Independence’s promise, and the consequences of losing sight of it.