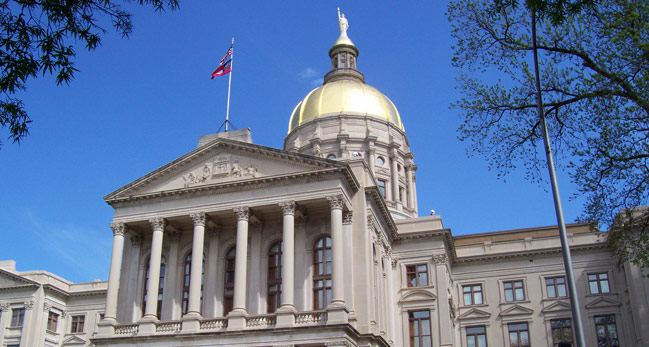 “It’s the story of what a few good men can do.”

A year after being first introduced in the Georgia legislature, the measure to restrict Georgia employee health care plans from covering abortion services received new life. Yesterday evening, State Senator Mike Crane (R-Newnan, GA) successfully amended a Georgia House bill dealing with employee benefits at the Georgia World Congress Center to include the measure that he had first introduced as a State Senate bill last year. The move happened on Day 38 of Georgia’s 40-day legislative session. Lawmakers have until Thursday to approve the proposal, or it will die. 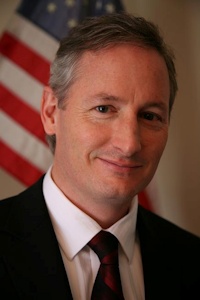 The 34-15 vote, which was not quite along party lines, sends House Bill 246 back to the House for consideration. Last year, Senator Crane’s bill passed the State Senate but then died in the House as House Republicans led by Speaker David Ralston (R-Elijay, GA) did nothing to move the bill out of House committee. As the measure is now attached to a House bill, rather than a Senate bill, and one with a good bit of momentum and support in the House, its chances of passing into law this year appear much stronger. HB 246 is an insurance bill that otherwise would allow the Georgia World Congress Center to make its own decisions related to employee benefits.

Senator Crane’s move to amend the bill took Democrats and anti-life lobbyists by surprise. They quickly scrambled to form what became a desperate effort to prevent the amended bill from passing the Senate. The hour-long debate on the Georgia State Senate floor created such a stir that it was reported by news organizations as far and wide as San Antonio and San Francisco.

Nikema Williams, with Planned Parenthood Southeast, complained that there had been “[n]o public  hearings and no public input. This is a huge surprise.” This was not accurate, however, as the same measure had been heard several times last year in Senate committees, where lobbying groups such as Planned Parenthood had been given ample opportunity to investigate and speak to it.

“It’s going to save the taxpayers’ money and let people who choose to have abortions pay for it themselves,” said Crane, who argued that the amendment would not interfere with women’s reproductive rights.

His initial proposal did not include any exceptions for abortions sought for any reason. After some discussion, the Senate added an exception to protect the pregnant woman’s life.

Senator Nan Orrock (D-Atlanta, GA) spoke of Todd Akin, who lost a U.S. Senate election last year in Missouri when he justified his opposition to abortion rights by claiming that a woman could not become pregnant by rape. Crane, she told Republican senators, “has not done you a favor by bringing this amendment.” However, Mike Crane’s bill has nothing to do with the criminal prosecution of rape. 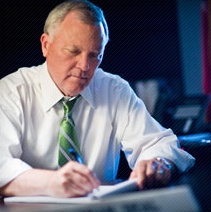 It was not until early last year that a few of us who were serving with Senator Crane in the Georgia State Senate discovered how Georgia and most states are subsidizing abortion through the state government’s state health care plan for employees. During the previous three years, we learned that Georgia had paid an average of over a quarter of a million dollars per year to perform hundreds of abortions. According to the Georgia Department of Community Health, in 2009 alone, the state performed 549 abortions and paid out $343,728. In the last three years, over 1,350 abortions have been paid for with state tax dollars through this program.

The 14th Amendment of the U.S. Constitution says that no “State [shall] deprive any person of life, liberty, or property, without due process of law,” and yet many states contribute to deprive life by subsidizing abortion services in various ways such as this. The time to stop is long overdue. Not only will this bill save hundreds of thousands of dollars for Georgia taxpayers, but it will also take a significant step towards bringing the state in line with the 14th Amendment.

At the time that we uncovered this data last year, only two other states (Colorado and Kentucky) had gone all the way in addressing this subsidization of abortion. Like Georgia’s proposal, these two states do not make exceptions for restrictions based on rape, incest, and the like. When Mike Crane first introduced his bill, only 16 states had, so far, thought to place any kind of restrictions on state health benefit plans for abortion (Arizona, Colorado, Illinois, Kansas, Kentucky, Massachusetts, Mississippi, Missouri, Nebraska, North Dakota, Ohio, Pennsylvania, Rhode Island, South Carolina, and Virginia).

Now many other states including Alabama have been making efforts to change their state health care plans. Momentum has been building around the country to end such state subsidization of abortion murder.

One of our colleagues working with Senator Mike Crane last year was a young home-school graduate, Brant Frost. Two weeks ago, Frost was elected the new chairman of the Coweta County Republican Party in Senator Crane’s hometown.

“There is a great story behind this bill that needs to be told,” said Chairman Frost. “It’s the story of what a few good men can do.”