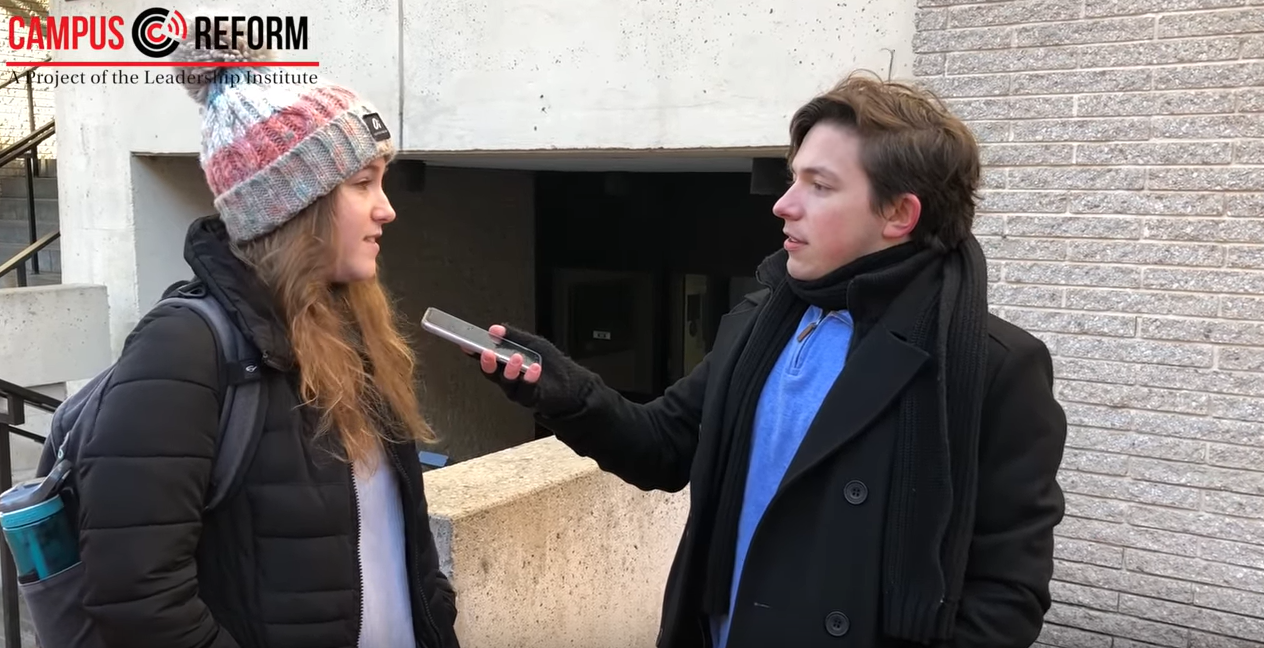 A new Campus Reform video is raising eyebrows after students at George Washington University admitted they support abortion up until birth.

In the video, Eduardo Neret went to the campus before the March for Life and interviewed people on the street about their views regarding abortion. The students not only said they agreed with taxpayer funding for abortion, but that they supported abortion through all nine months of pregnancy. “I feel like, at the end of the day, it’s a woman’s body to decide what she wants,” one student said. “That’s not my — I don’t have much to say about it. If she wants to do it, then that’s up to her.” When Neret followed up with a question of abortion in the ninth month, the student replied, “It should be left to her choice.”

Another student likewise said it should be up to the woman, so long as she had “all the information” from her doctors. Still another said it was “her body,” and therefore, she should be able top make that decision for herself. Essentially, it came down to saying there should be no restrictions whatsoever on abortion.

Others said they felt that abortion should receive taxpayer funding. “Well, I am pro-universal health care,” one student said. “I feel like people should have access to health care plans that do subsidize abortion at the very least.” Another student declared, “I think it should be considered a health service that everyone should have the right to.”

Late-term abortion procedures are long, dangerous, and violent. The procedures take several days to commit, and in the third trimester, they begin with an injection of digoxin or potassium chloride into the heart of the preborn child to cause cardiac arrest. The abortionist then begins cervical dilation using laminaria, and after several days, the mother delivers the body of her dead baby. If she does not go into labor, then the abortionist will commit a D&E, or dilation and evacuation, in which the child’s body is ripped apart limb by limb.

There are also numerous risks to late- abortion, including hemorrhaging, lacerations, uterine perforation, and even death.

And despite what these GWU students are arguing, they’re out of touch with the majority of Americans. Most people do not support taxpayer funded abortion, or abortion without restrictions. A sizable majority don’t think abortion should be legal after the first trimester, let alone legal through all nine months of pregnancy.

Pro-abortion extremists may believe they’re in the right — but the reality is, they’re out of touch with the majority. And what they’re advocating for is gruesome, brutal, and wrong. It takes the life of a vulnerable, innocent human being, frequently able to survive on his own outside of the womb, and potentially harms the mother as well.