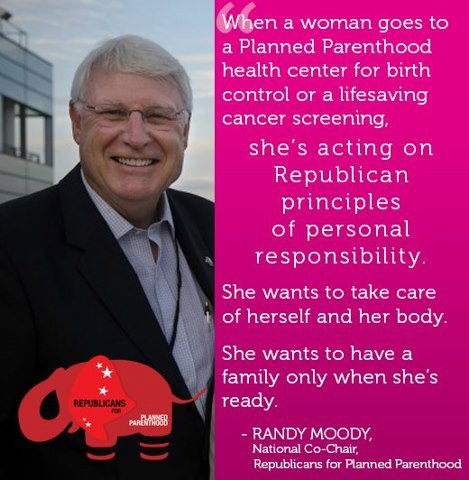 What could be more absurd than the claim that Planned Parenthood is a bipartisan organization?

Christina Martin’s recent post here at Live Action News provides a much needed history lesson for Cecile Richards and any who think that a considerable amount of Republicans will be joining up to stand with Planned Parenthood any time soon.

While my thoughts don’t go into such detail as Christina’s did on history, there still is politics worth mentioning in this game Cecile Richards is attempting to play. 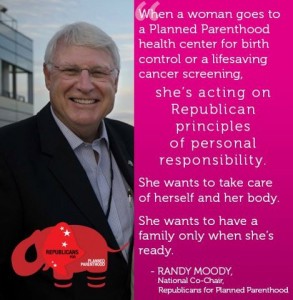 In addition to reblogging the post on my Tumblr, I also added my own comments:

Yeah, well this man is fighting a losing battle… many Republicans are against Planned Parenthood because they advocate for and perform abortions, aka, the destruction of human LIFE. Thank God most of the Republican party is pro-life and against the killing of unborn babies… this isn’t about “personal responsibility,” though personal responsibility is certainly abstaining from sex or using proper protection (and if you choose the latter, knowing it could fail). Way to twist around the party, dude…

And I still do stand by such comments. Not all of what Planned Parenthood does is abortion, but a considerable amount is. And for many faithful pro-lifers, Republican politicians, supporters, or really anyone with any political affiliation, any involvement in abortion is enough to  discredit that organization. What’s even more shocking about Mr. Moody’s statement is his inclusion of “personal responsibility.” Yes, it may be personal responsibility to use birth control if one does not desire to get pregnant from sex. However, one does not need to obtain this birth control and “personal responsibility” from Planned Parenthood. There are certainly reputable sources – far more reputable and less scandalous than Planned Parenthood, actually – which provide inexpensive forms of birth control.

Mr. Moody does not mention abortion in this statement, but with Planned Parenthood’s current stance, it is impossible to divorce Planned Parenthood from their advocacy of abortion. “Personal responsibility” can never include the right to an abortion. Mr. Moody should know better about equating such a statement and sentiment from his party with an organization that kills unborn children without blinking an eye.

Mr. Moody also co-authored a letter to the The New York Times, along with Darlee Crockett, that further demonstrates how he sees Planned Parenthood’s mission as something that expresses Republican ideals of “individual responsibility and personal freedom.” In the closing statement, the letter says that Republicans “too often struggle with a party leadership that is increasingly out of touch with its membership and its longstanding values on women’s health.” It is not the GOP that is out of touch, but rather Moody and Crockett, who believe that “individual responsibility and personal freedom” are what Planned Parenthood is advocating for in being an organization that promotes and performs abortions.

Now, it makes sense to me that Cecile Richards would try to appeal to Republicans after her candidate of choice has won the election. She doesn’t just want to gloat. She wants her organization to seem more bipartisan, as if reaching across the aisle amid the attacks and calls for defunding.

Still, she rejects criticism that her leadership has been partisan. Richards points to the GOP move to the right as a challenge, but says Planned Parenthood is still bipartisan and has plenty of Republican supporters.

I would like to consider the vote from February of 2011 to defund Planned Parenthood, which was voted upon party lines and actually passed in the House of Representatives. Richards may claim that “Planned Parenthood … has plenty of Republican supporters,” but those supporters were not enough to prevent the vote to defund from passing the GOP-controlled House of Representatives.

The vote passed 240-185. According to the roll call from OpenCongress, 230 of the votes in favor of de-funding Planned Parenthood were from Republicans. Bipartisanship actually came more from the 10 Democrats who voted in favor as well. If there are “plenty of Republican supporters” for Planned Parenthood, then they were certainly not where it mattered – in the House of Representatives.

And if Cecile Richards wants more support from the GOP, perhaps she should stop lying about how partisan Planned Parenthood really is. Along with the $15 million the organization spent to re-elect Obama, as well as Richards taking time off from Planned Parenthood to campaign for the president, she spoke at the Democratic National Convention. The Hill covered her speech there, with the title “Planned Parenthood president says GOP men are trying to turn back clock on women’s rights, health.” So, Cecile, if you want to attract GOP faithful to your cause, perhaps you should stop attacking them so harshly. And one doesn’t have to look back very far in time to find that Cecile Richards was once top deputy working for Democrat House leader Nancy Pelosi.

Fortunately, if past votes and the current stance of the Republican party are to be a factor, Cecile Richards may not get the Republican support she so craves while touting an image of the bipartisan Planned Parenthood.