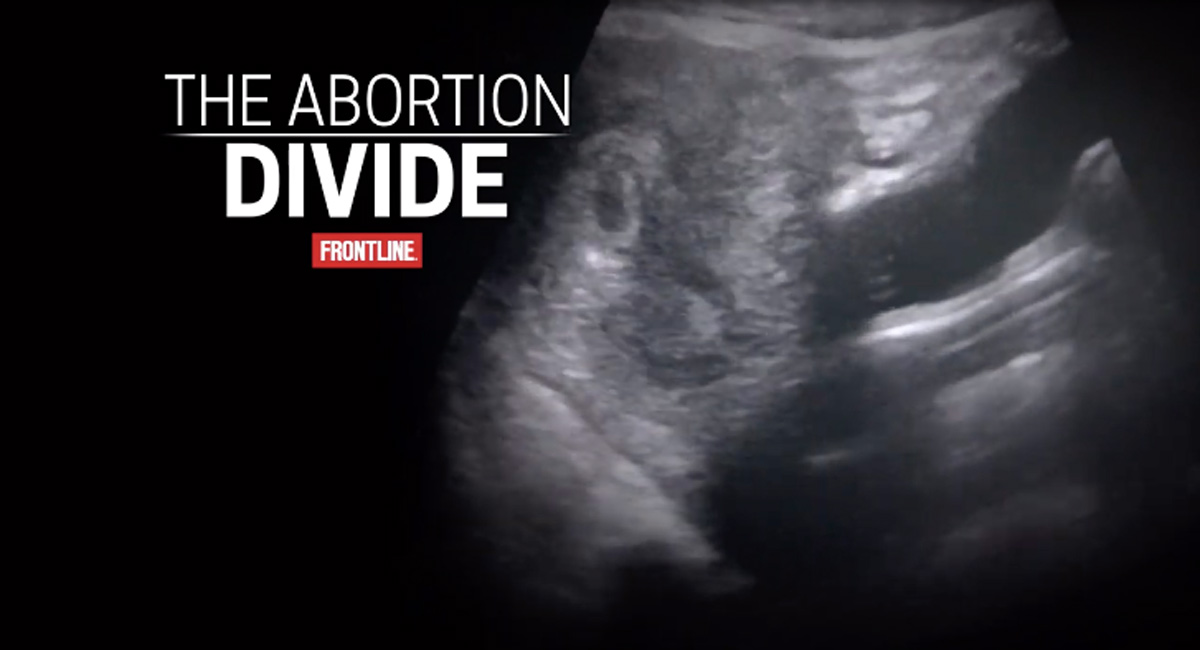 Nearly 36 years to the day “Abortion Clinic” aired, PBS released “The Abortion Divide,” another Mark Obenhaus documentary in Darby, Pennsylvania, and the lives of the women who choose it or refuse abortion. “I’ve made many films, but one that has stayed with me is ‘Abortion Clinic,’ part of Frontline’s first season in 1983,” Obenhaus said on Twitter this past weekend. “Last year I returned to the subject of abortion and the same community where I filmed 36 years ago. The ‘Abortion Divide’ is the story of what I discovered.”

Joined with co-producer Elizabeth Leiter, Obenhaus embarks on a 21st century upgrade of the subject matter, spliced with contrasting footage from his earlier documentary. The content is fairly even-handed but the narrative slants somewhat in favor of abortion ‘rights.’ All pro-life advocacy is labeled “anti-abortion,” and pro-life options are portrayed as sweet but insufficient, haunted with questions about what will happen to the mother and baby years in the future. Additional regulation of abortion facilities is depicted as cumbersome red tape rather than as a safeguard.

The “divide” seems to be instigated primarily by extreme opponents of abortion in this film, with a key visual being facility staff burrowed behind bulletproof glass. “I’m not afraid of being threatened by them, but it is framed in reality – there are people that are violent toward abortion providers,” says Dr. Lisa Perriera, who calls the late Dr. George Tiller “one of the idols in our community.”

Medical information is skirted, despite showing preborn remains on screen. “Up to 9-10 weeks, it’s just a small little piece of translucent sack tissue with nothing that looks recognizable as any kind of fetal parts,” says Dr. Rebecca Mercier of Philadelphia Women’s Center, a completely false statement in light of training documents from the National Abortion Federation showing abortion workers how to identify body parts after an abortion (warning: graphic photos). Reversal protocol for non-surgical abortions is described as no more than “anecdotal,” rather than something seriously studied by women’s healthcare providers.

Below are some photos of an preborn child from 8-10 weeks: 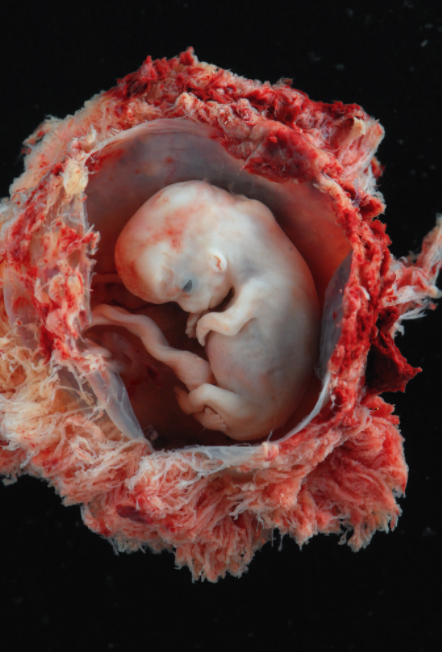 And here’s a video of a 9-week preborn child:

READ: ‘I thought I was dying’: 3 women share their abortion pill horror stories

The medical atmosphere in the new episode is much like the cinematography – glossier, sharper, and eerily more anesthetic on a painful issue.

“Let me just get this over with, I’ll deal with the depression or sadness later,” says a 23-year-old woman named Sky, promptly opting for a the pills instead of the pro-life alternatives. “I’m gonna be upset about it for a little bit. I’m gonna pray, probably every single night now. I just felt like I was a horrible person for deciding to actually go through with an abortion, to kill a human being, even though it was only like an embryo. So that was sad. But, I gotta go back to work.”

This is very revealing, showing that many women acknowledge that they are, indeed, killing their own children.

As a lower income unwed pregnant woman, Sky represents the typical candidate for abortion over the past several decades. The 1983 documentary was saturated with stories in which abortion was considered as a last resort by women who were confined to a holding pattern of deadbeat men – even a rapist (and the raped woman actually refused abortion). But the 2019 documentary shows abortion appealing to couples in stable marriages who haven’t factored a third child into their plans, or who don’t think their son on the autism spectrum can handle siblings.

Perhaps this values shift was always there from the time abortion was legalized, but it is more socially acceptable today. Its acceptance rests on a sandy foundation of moralized comfort and convenience, sought as a remedy for conflicting life circumstances. But affected women still feel pangs of bereavement and reach for some sense of security, no matter how contradictory.

“What I hope I feel is a sense of peace, not only with myself and the decision that I’ve made, but also a sense of peace with these two beings that I’ve chosen not to bring into the world,” says Taryn, a corporate career woman and recently single mother of two small children who became pregnant with twins after once having unprotected sex in an uncommitted relationship. “Thank you for choosing me, and I’m honored to be given this gift of life, and also I can’t do it right now. I can’t accept that mantle in terms of the other lives that I’m taking care of and I’m responsible for.”

From “Abortion Clinic” to “The Abortion Divide,” pro-life Dr. George Isajiw grows gray, and the prenatal counseling and maternity support once given in his family home magnifies through thousands of crisis pregnancy centers across the United States, including more than 150 in Pennsylvania. Pro-life OB-GYN Dr. Monique Ruberu is seen praying and offering medical help outside abortion facilities, feeling a greater sense of urgency now that the RU-486 drug, approved by the FDA in 2000, has sped killing one’s own child in abortion into a daily, casual event.

The abortion providers shown in both documentaries are careful to leave the ball in the expectant mothers’ court – asking if the patients (and sometimes their husbands) are certain, allowing them to view ultrasound images, and questioning if any new information changes their decision. One couple surprised with a twin pregnancy hesitates.”Why does it feel so different?” the mother asks aloud, feeling the decision has suddenly become weightier.

It’s interesting that the mothers were allowed to see ultrasound images, as allowing mothers to view is definitely not the norm for the industry.

In the 1980s film, the nurse queries a teenage mother even on the operating table, “you’re sure this is what you want to do now?” Again… a stark contrast to the women who report being held down on the table, drugged, and forced to continue on after objecting.

Obenhaus’ stolid handiwork in both films contrasts with the content in such a way as to spotlight the vulnerable, lonely emotion of his subjects. But this time around, something is different. Abortion is no less horrifying, but the technical ease and accessibility now normalizes the process in such a way that women choke down their instincts. “Some patients are like, ‘I don’t want to be doing this, but it is the right choice for me.’ And it’s OK to feel those emotions,” Dr. Perriera reasons. “It’s OK. I try to just let them know it is OK. It doesn’t mean they shouldn’t do it. Only they know what they should do.”

More lucid is a conversation in the grainy 1983 documentary, between a nurse and a pale, weeping 17-year-old on the abortion table. The young mother, who also has a two year old son, sobs at one point during the procedure that she is hurting but “not physically,” and at the end of the abortion she’s simply overwhelmed by “everything.”

“It’s gone, yes, and that hurts, OK?” admits the nurse. “You chose to have this done, but something is still being taken away from you, and that doesn’t feel good.”

Editor’s Note: For information on abortion pill reversal, visit AbortionPillRescue. For help on dealing with grief and regret after an abortion, visit Project Rachel, Rachel’s Vineyard, or Silent No More Awareness.