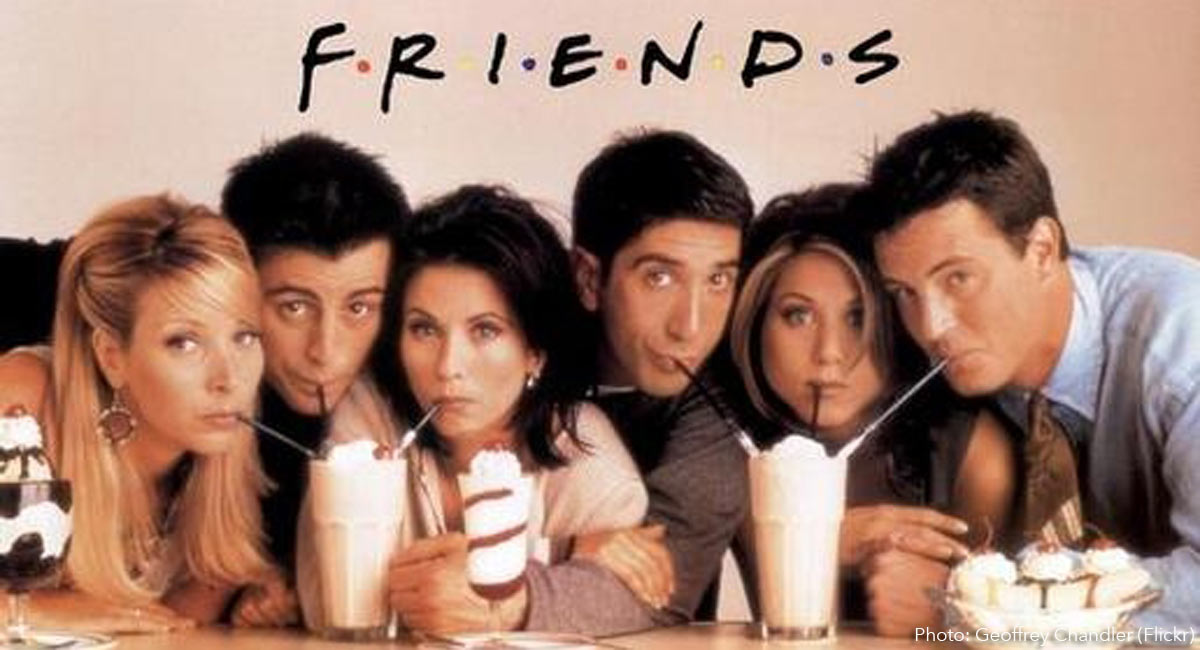 “Friends” is one of the most popular television shows of all time. Lasting 10 seasons, the cultural juggernaut racked up millions of viewers, many of whom continue to watch the show in syndication. But the show wasn’t just notorious for its humorous plot lines; the six stars of the show — Jennifer Aniston, David Schwimmer, Courteney Cox, Matthew Perry, Lisa Kudrow, and Matt LeBlanc — were known to be extremely close in real life and insisted on negotiating their salaries as a group. After Cox married actor David Arquette, every other star of the show added “Arquette” to their last names in the credits in solidarity. And when Kudrow got pregnant, they honored her preborn baby in a beautiful way, too.

In a new interview, Kudrow revealed that the cast had a cute little ritual before they would begin taping. “The six of us would do a huddle backstage and just say, ‘All right, have a good show, love you love you love you love you,’” she recalled. Fans of the show will remember a major storyline for Kudrow’s character, Phoebe, who agrees to be a surrogate for her brother and his wife in seasons four and five. In real life, that storyline was written specifically to accommodate Kudrow’s pregnancy… and the cast modified their ritual accordingly, showing their love and excitement for Kudrow’s preborn son, Julian.

“[W]hen I was pregnant, then they would say, ‘Have a great show, love you love you — love you, little Julian!’ Cause we knew it was a boy and that was his name,” she said. “So sweet, they included my little fetus in the huddle.”

While it’s common to deny the humanity of a preborn child, the science makes it indisputable. And even among abortion advocates, that humanity is celebrated — as with the cast of “Friends” — so long as the baby is a wanted baby. Of course, the right to life does not depend on whether or not someone wants another person to live; after all, it is for this exact reason that murder is illegal. And it is a scientific fact that a preborn baby is a human being, with his or her own unique DNA from the moment of fertilization and a beating heart just 16 days after conception.

In a perfect world, every preborn child would be celebrated as Kudrow’s child was, but even absent that, these children still have the right to life — the most basic and fundamental human right that we all possess.