Amid the coronavirus pandemic, France went into lockdown on March 17th, and despite an apparent decline in women seeking abortions since that day, abortionists are urging the government to extend the abortion limit beyond 12 weeks. If the government doesn’t agree, abortionists say they will break the law.

It was made clear on March 23rd, according to France24, that abortion was included in the “urgent interventions” that are allowed during the pandemic. In other words, as thousands of people in France become ill with COVID-19 and are overwhelming hospitals, abortions will still continue as usual. However, while abortionists in the country are concerned about women being able to access abortions, they also admit that the number of women coming to them for abortions has declined, blaming fear of the virus.

“Young women are afraid to go out and our consultations are decreasing,” Ghada Hatem, an OB/Gyn and founder of the Saint-Denis Women’s Centre told France Inter.

Abortion businesses in France appear to be worried about their bottom-line, not women. They are so concerned with it that they are calling on the government to extend the time limit for DIY chemical abortions (abortion pill) from seven to nine weeks of pregnancy, claiming this will not endanger women. But it will. 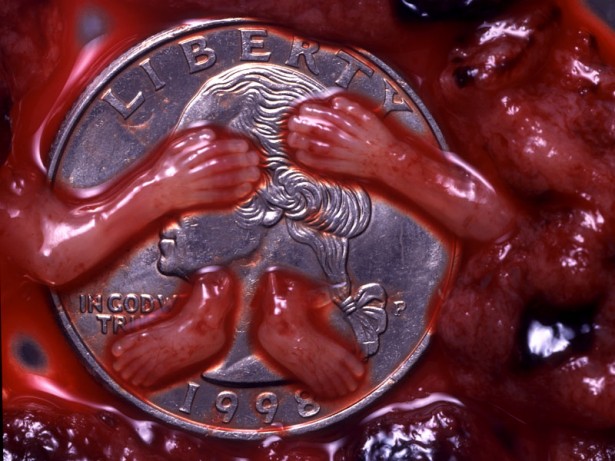 Hands and feet of a 9 week old preborn child killed through an aspiration abortion.

Research has shown that preborn children, even in the first trimester, may possibly feel pain. Even more recent research by pro-choice researchers shows that by 13 weeks, it is extremely likely that preborn children can feel pain. During an aspiration abortion, the preborn child is torn apart by a vacuum. Because of the apparent shortage of anesthesia for abortion businesses, abortionists want women to use chemical abortions instead, hence the request for an extension on the timeline.

Abortion businesses appear focused on continuing to stay afloat financially during the pandemic, and those in France who are pushing the government to relax abortion restrictions despite the dangers to women say the will “outlaw” themselves and commit abortions outside of the legal time limit if the government doesn’t agree to their demands. Abortion is never medically necessary and is frequently touted as a “choice” for women; now, suddenly, to pad the pockets of a corrupt industry, it is being presented as an “essential” medical procedure.