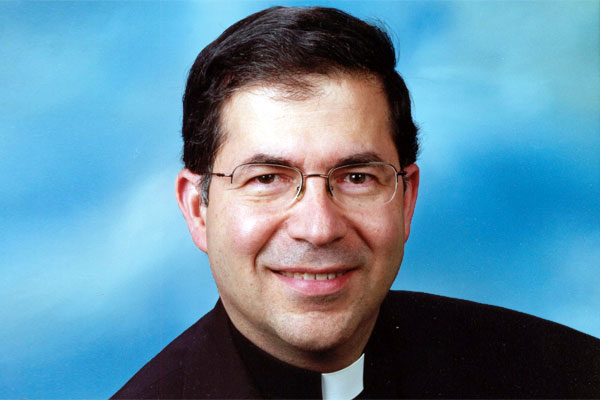 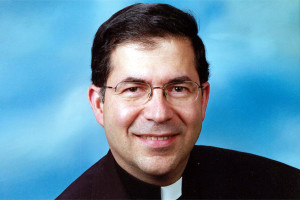 The children around us today — in fact, anyone under the age of 40 — are the lucky ones. They escaped a roughly one-in-four chance of having been killed by abortion before they were ever born. Children today may grow up with the same responsibility that the generations since abortion was legalized in 1973 have had: to stand up and speak out on behalf of their peers whose lives were snuffed out by abortion. It is essential that children grow up with an understanding of this responsibility and sense of justice.

Children are inquisitive, but also very innocent. So what is the appropriate way to introduce a child to the harshest of realities, abortion?  Father Frank Pavone founder and president of Priests for Life, has addressed this question in his article, Speaking to Children About Abortion.

Fr. Pavone points out that children have a clear and untarnished understanding of justice. During a sermon, he asked a six-year-old girl whether there were people who were bigger, stronger, and older than she was in the congregation. She replied with a resounding “Yes!” But when Fr. Pavone asked her whether there were people who were more important than she in the congregation, she answered “No!” without missing a beat. He said:

Teaching children about abortion is not as difficult as many think. Children are particularly receptive to the message of equality of all people, and to the truth that might does not make right. They have a keen sense of justice and fairness. They know what it means to need protection from dangers they can neither withstand nor understand. They know what a baby is, and they know it is wrong to kill a baby.

Fr. Pavone adds that children “have not been around long enough” to have developed and practiced the “mental gymnastics and exercises in denial” that are essential to maintaining personal support for abortion.

Fr. Pavone explains that the basis for teaching children about the injustice of abortion lies in their understanding that every life is equally valuable regardless of how it may differ from another life. For example, the young and old are equally dignified; the disabled and healthy have the same value; the “wanted” and the “unwanted” are to be treated equally, etc. Children can understand the injustice of abortion in light of their understanding that killing is wrong.

Some may be afraid to use the word “abortion” with children, reasoning that as someone once told me, “they don’t understand all the aspects of it.” Let’s face it — nobody does. We do not aim to teach them “all the aspects.” The key point with children is that when they hear the word “abortion,” they know it is something bad, something that kills, something to be avoided. Education is not just concepts. We influence children not only in how they think about abortion, but in how they feel about it. They should be trained to reject it, and to see it as a part of the list of injustices and evils in the world rather than part of the list of rights, freedoms and choices.

Fr. Pavone denies the assumption made by some pro-life adults that understanding that abortion kills children will traumatize children. He points out that frightening images are always applauded to teach children to avoid drugs and other risky behaviors; why should the truth about abortion be shrouded out of fear that it will traumatize little ones? He does not suggest that children need to understand the details of abortion procedures, but insists that a child’s teaching on abortion firmly establish it as something that is wrong and unjust. He points out that, without this solid foundation, a child is at risk of eventually succumbing to the pro-abortion mentality, so prevalent in the mainstream media:

The pro-life message will not harm our children. What will harm them, however, is the “pro-choice” mentality, which will train them to think that human life is a disposable item, and which, if unchallenged, may lead them to an abortion mill someday.

He points out that, while parents are the primary educators of their children, they have an obligation not to withhold important truths from their children — including the truth about abortion. He shares:

I know of another case in which parental permission was obtained for all the students in the class, except one, to see a photo of an aborted baby. After school the student whose parents had denied permission insisted that her friend let her see the picture. On returning home she passionately challenged her mom, “Why did you not want me to see what is really happening to these babies! Why was I not allowed to see the truth?”

Just growing up in a society where he or she could have been aborted — where value is placed on lives based on wantedness or so-called unwantedness– Fr. Pavone notes, has been shown to have a psychological impact on the young generations. This is one reason why it is particularly important to be open about  abortion with our children.

Fr. Pavone explains that he has met many very young children who are involved in pro-life work on many levels, including peacefully praying at abortion mills with their parents. Being so close in age to the victims of abortion may give little ones a special compassion and dedication to abortion that can influence older generations with new ideas and approaches. Fr. Pavone encourages open dialogue about the issue of abortion with the young people, insisting that, “Silence will only allow the killing to continue.”

Fr. Pavone concludes his article with the following letter from a fourth-grade girl:

I was so excited about what my life in this world would be. I thought about all the things I would like to do like playing with toys, riding a bike, going to the zoo, and having a dog. I wanted to see movies, go to school, make friends and go to the park and the circus. I wanted to celebrate Christmas and sing praises to Jesus. I looked forward to listening to music, dancing, swimming in a pool, playing soccer, and having dolls.

I am very sad that I never got to do any of these things. My mother did not let me be born. I just don’t understand one thing. Why didn’t any of you help me? I wish you had. No one heard my crying voice.