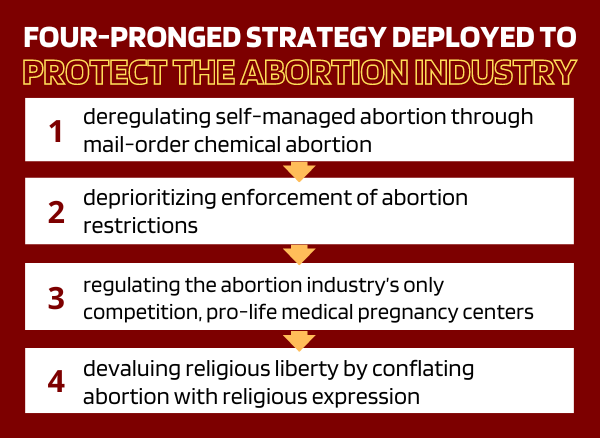 In conjunction with the second prong, the third prong in the pro-abortion political strategy to protect the for-profit abortion industry is to regulate their only competition, pro-life medical pregnancy centers (see NY Governor Hochul’s Pregnancy Center Investigation Bill and President Biden’s July 8 Executive Order). Some wonder if it is legal for elected officials to use their office and tax payer resources to protect a pet for-profit industry from competition.

The fourth prong being deployed is devaluing religious liberty by conflating abortion with religious expression. A legal complaint filed on August 1st by Florida Jewish Rabbis claims that counseling women to have abortions is core to their religion. Rev. Harden states, “It’s hard to imagine that the Jewish community won’t laugh these Rabbis right out of temple who insist that counseling for abortion is crucial to the practice of Judaism. It appears that there are priests of Molech masquerading as Jews.”

Editor’s Note: This article was published at CompassCare and is reprinted here with permission.