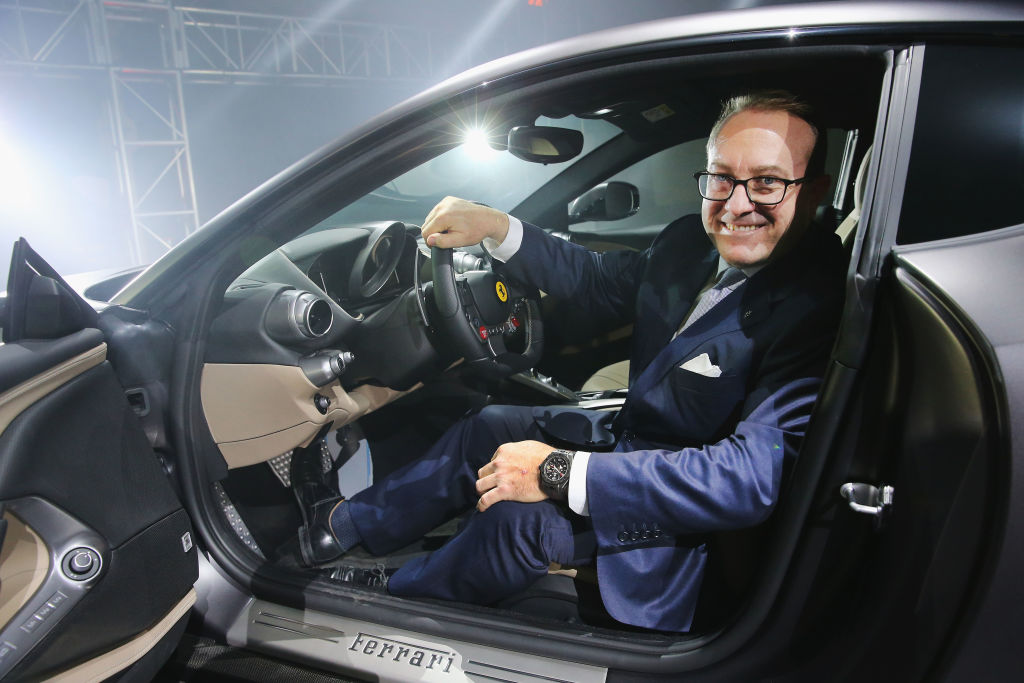 The former CEO for Ferrari Australasia has been accused of having an affair with a subordinate employee, and then trying to make her get an abortion upon learning she had become pregnant. Herbert Appleroth has been fired, but denies inappropriate behavior, saying affairs with subordinates were typical for executives at the company.

According to the Sydney Morning Herald, Appleroth filed a lawsuit seeking over $1 million in damages against Ferrari. But within just weeks, he withdrew the lawsuit and tried to make the court files confidential. The Sydney Morning Herald reported that the court papers showed Appleroth had an affair with the employee, who was not named, from 2016-2017, and the woman had a baby boy in 2018 from the relationship.

In a worker’s compensation investigation, the woman stated she faced verbal abuse from Appleroth, and that “whilst at work, Mr Appleroth tried to talk [the employee] into a termination of her pregnancy.” She also reportedly worried she wouldn’t be welcome back at work after her maternity leave, saying that “Ferrari Australasia had been looking at ways to ‘get rid of’ [me] if [I] returned to work.” Appleroth, however, claimed that he made sure her performance evaluations were handled by the finance director, so there was never any conflict of interest.

For his part, Appleroth claimed he was unfairly fired because affairs with subordinates were common at Ferrari; he named several other executives who did likewise. Ferrari, however, released a statement to the Daily Mail denying this description of its workplace culture. “Ferrari rejects recent characterisations of its workplace culture. Ferrari is committed to fostering a diverse, equitable and inclusive workplace and community,” the spokesperson said. “Ferrari’s workplace policies are clear, we do not condone or accept harassment or misconduct of any kind.”

READ: New report says businesses should pay for abortions… because it benefits their bottom line

Pregnancy discrimination in the workplace is appallingly common. Numerous companies, like UPS, Nike, Google, and Planned Parenthood have all faced complaints from employees that they were discriminated against for becoming pregnant. When one Google employee, for example, began to have complications with the pregnancy, she was not met with concern for her health, but anger.

“A few hours later, she sent me an angry email letting me know I wasn’t meeting the expectations of someone at my level, nor meeting the expectations of a manager. This was the first time any such feedback had been shared, and no concern was stated for the status of my health and pregnancy,” she said, adding, “I was next hospitalized for three weeks, with my daughter finally being born early via emergency c-section after a series of scary hemorrhages. Not one person from my new team proactively reached out to see how I was doing while in the hospital or after the birth of my daughter.”

In addition, last June, over 180 CEOs signed a letter stating that pro-life laws are “bad for business.” As Live Action News noted at the time, “… things like maternity leave and family-friendly policies are complicated and expensive. It’s so much easier and more cost-effective to just expect that women will go get abortions.”

Regardless of the circumstances surrounding the pregnancy, a woman should never have to fear reprisals or discrimination simply because she is expecting. Not only is this kind of behavior a human rights violation, it encourages a culture of abortion, encouraging women’s fears that it’s better to make the pregnancy go away because if they don’t, they won’t have a job to come back to.