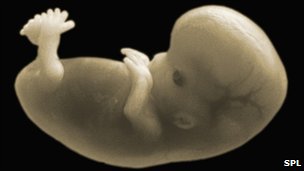 In her fascinating book, Abandoned: The Untold Story of the Abortion Wars, Monica Migliorino Miller gives a riveting account of the discovery and burial of the remains of aborted babies, and of her participation in the rescue movement in the 1980s and early 1990s.

Miller stood trial for blocking abortion clinics on several occasions and, at one point, was sentenced to nine months in jail. While in prison, she encountered a former clinic worker who had been incarcerated for crimes not related to abortion.

Miller recounts the conversation between them:

I asked her how she felt about working there and she said, “It was the woman’s decision.” I said “your job involved you in taking innocent life.” But she kept saying “I didn’t do anything, It was the woman’s decision.” She admitted that she did assist Tarver [the abortionist] in the abortions. I tried over and over again to help her realize her involvement with the process of killing. I asked her “do you think the unborn are human?” And she agreed! She said, “Yes they are. They have a heart, a brain, and everything.”

Her second statement is difficult to understand. Perhaps she felt she was backed into a corner, having just admitted that a woman has the right to choose to kill her preborn baby. Logically, she was forced to admit that it would also be a “choice” to stab someone. Her flippant statement that “people got to die anyway” is shocking in its nihilism. So because people are going to die anyway, it’s okay to kill them? Her response reveals a lack of regard for life that is appalling.