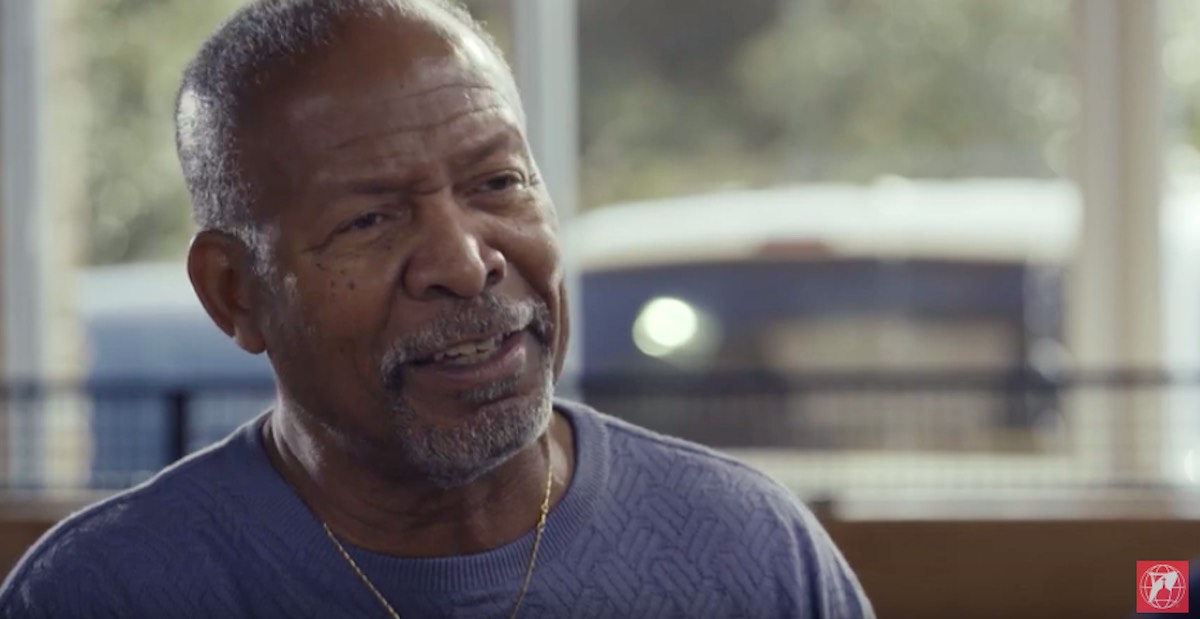 On January 22nd, the Eternal Word Television Network (EWTN) channel aired an hour-long film, “Life Journey with Shawn Carney.” Knowing that personal stories are uniquely capable of cutting through political rhetoric and euphemisms, 40 Days for Life founder Shawn Carney interviewed a former abortion provider, a post-abortive woman, and a woman who chose life after a poor prenatal diagnosis to share how abortion impacted each of their lives.

I went through a lot of pain and anguish over my past abortions. But I'm not wasting it. — Catherine Walker on Life Journey

Tune in to @EWTN at 9pmCT/10pmET for the premiere of Life Journey: A Movement of Converts pic.twitter.com/XNZg2OXkw2

Carney first interviewed Dr. Haywood Robinson, a former abortion provider turned 40 Days for Life director of medical affairs and education. Dr. Robinson, a family medicine physician, began committing abortions in 1981, and he told Carney that he initially became an abortion provider because it was financially lucrative.

“Money is the fuel that drives this whole abortion holocaust,” he said, also commenting on the lie that abortion should be a matter “between a woman and her doctor only.” Dr. Robinson noted that the first time he would “meet” his abortion patients was when they were on the exam table for their abortions. Robinson also spoke of the desensitization required to suck a child’s body out of his or her mother’s womb in 7-10 minutes, and repeating that process 7-10 times each day.

Dr. Robinson left the abortion industry after he realized his schizophrenic approach — delivering babies in the Labor and Delivery unit on one end of an obstetrics floor, while aborting children of the same age just down the hall.

Carney next spoke to Catherine Walker, a post-abortive mother four times over. She talked about growing up in a Catholic household in a Chicago suburb, attending Catholic schools all the way through high school, but never hearing the word “abortion” mentioned. She said that as a young woman her career was her first priority, leading to her first abortion in 1979 and then three more in the years that followed. She couldn’t recall a single person out on the sidewalks praying any of the times she went in. Yet, years later after seeking healing from her abortion, she prayed on a sidewalk as part of 40 Days for Life — and one day learned that a mother had changed her mind six months earlier because she saw her standing outside praying.

Walker said that she wished she could have told her younger self that the memory of the abortions “is so painful. And it doesn’t go away.” She spoke about how the “only way to go on” after abortion is by seeking and “surrendering to the mercy of God.”

Finally, Shawn interviewed Rosa Perez, who received a devastating diagnosis during her third pregnancy. After an ultrasound in the second trimester showed that Perez’s baby girl did not have legs and would have multiple other medical issues, Perez was told that her baby was “a monster” and that she “needed an abortion urgently,” with the implication that Perez’s own life would be in danger if she carried her baby to term.

Perez’s own husband encouraged her to follow her doctor’s advice. Her doctor set up an appointment at Planned Parenthood for her, but Perez saw a 40 Days for Life volunteer praying on the sidewalk for multiple hours while she was in the facility. She recalled to Shawn that the woman’s face was “red and sunburned,” and that that spoke volumes to Perez about how much she cared for the women and babies inside the facility. Perez eventually left Planned Parenthood and spoke to a 40 Days for Life sidewalk counselor who connected her with a pro-life doctor. Perez found the support that she needed to choose life for her baby, saying “It’s not my right to take away someone’s life.”

When Milagros, which means Miracle in Spanish, was born, Perez urged the medical staff to take her right away to the NICU without waiting to show her her baby. She told them, “I accept who and how she is.” Milagros is now 8 years old, and a smiling, beautiful little girl. Asked what she would tell women who receive a shocking prenatal diagnosis, Perez said, “Fight really hard for the babies, because though doctors have studied, God has the last word.”