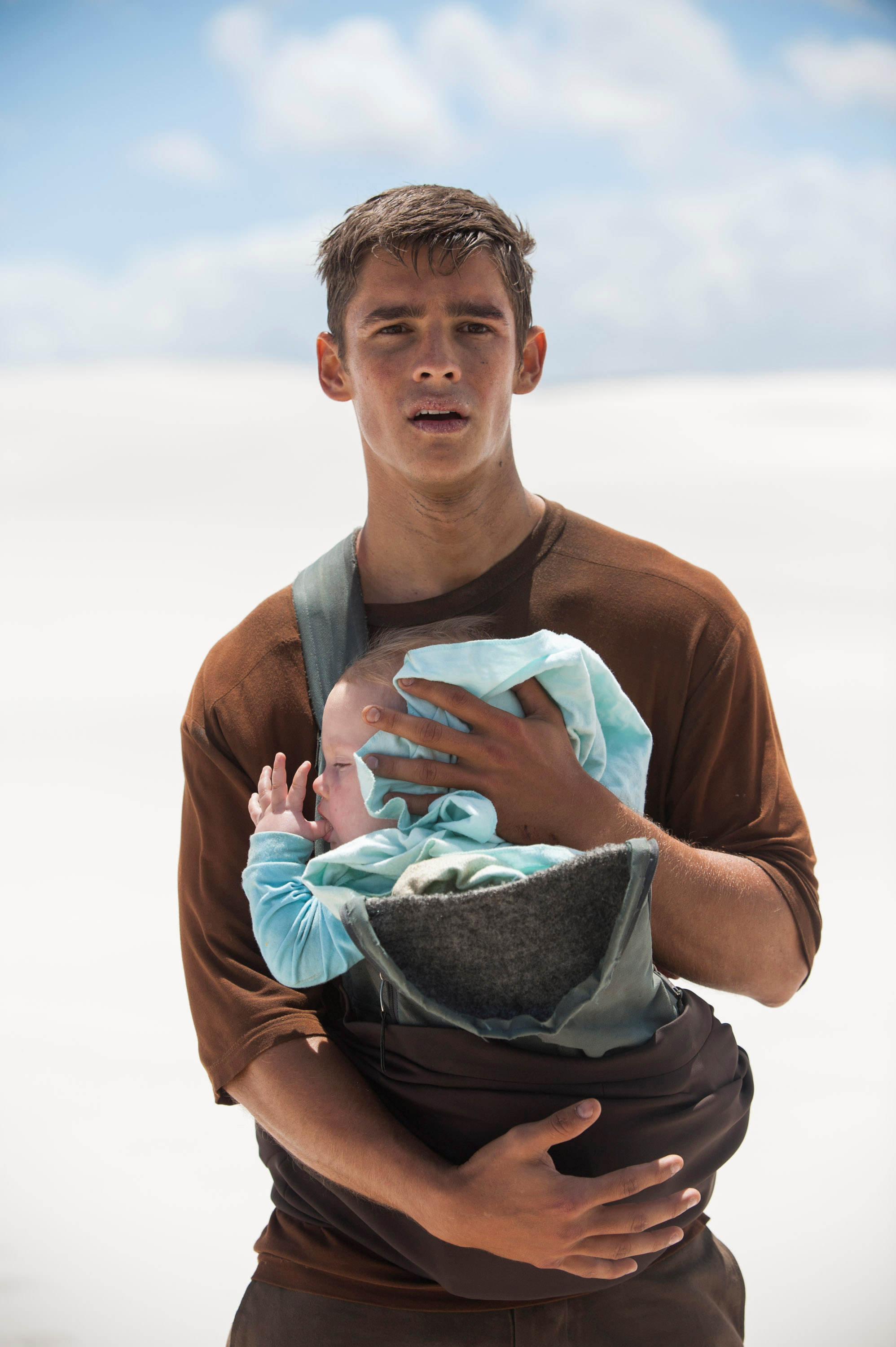 The pre-release buzz on the film adaptation of Lois Lowry’s acclaimed bestseller for young people, The Giver, was positive, from fans, from the author, and, notably, from the pro-life community. Indeed, the film version of the book brings visuals to the startlingly accurate pro-life message of the novel.

While many prevailing themes exists in the film, the films rising action and climax center around a saving a baby not considered good enough to live.

The Giver is a dystopian work set in the future, in an undisclosed “Community” which has been regulated by “sameness.” It is a truly equal society, they say, because they have removed crime, race, color, even climate changes. Only one person in the society holds the memories of the past, the Receiver of Memory. In the story, Jonas is selected as the next Receiver and begins his visits with the man now known as the Giver, who shows him emotion, from love to war, Jonas begins to feel it all and find out what he believed was real was a lie.

It’s not hard to see why many pro-life leaders have hailed the movie a winner. The pro-life messages resound throughout the film. In this society, deliberate killing is not called murder but “release.” While they do everything to ensure babies who are born are perfect, going as far as to have genetic engineers to create the “right” kind of babies, sometimes things happen.

Twins for example, cannot exist in the community, for biological relationships are not acknowledged, and two people cannot look alike, so when twins are born, one must be released. In a lighthearted scene, we see two workers in the Nurturing Center weigh a set of twins, pretending to argue over who is going to win the contest of weight. The lighter baby is then sent to be released.

Soon we see what release really is when the Giver let’s Jonas, the protagonist, see the scene of release, which is at the hand of Jonas’ father, a worker in the Nurturing Center. A screen shows his father stick a long needle in the baby’s forehead. Left out of the movie is a chilling line from the book where his father says “bye, bye little guy” in a sing song voice—before killing the baby, simply because he weighed a little less than his twin brother. One of them had to go, after all.

As Jonas witnesses the scene, he is horrified.

“He killed him!” Jonas says.

The Giver assures him that Jonas’s father doesn’t actually know what killing is; therefore, in his mind he is not killing. The society has long rid itself of the memories of death and murder. Elderly people are “released” and celebrated as they are led out the door to their murder for having reached a certain age. This community knows no reality of murder. But now that Jonas is enlightened with memories of history, he cannot understand why his father is killing babies and doesn’t understand what he’s doing. He can’t understand why the society will not change with the knowledge he now has.

“Can’t he see the baby stopped moving?” Jonas continues, angrily. The Giver explains his father has no concept of murder. Then Jonas says the lines that should strike us all now:

“They hadn’t eliminated murder. They brought it home. They just called it by a different name.”

Sometimes pro-lifers are accused of making everything into a “moral of the story” with abortion, but this one is hard to ignore. Calling murder by a different name and eliminating babies who don’t measure up to someone else’s standard is something that happens every day. In this fictional society, life is not valued if it deviates from an expected mold of sameness. People are released when they grow too old, too sick, too rebellious. It’s sugar coated. It’s decorated with celebration of their lives, so no one knows what happens when they leave for Elsewhere.

But changing language has never changed reality. The difference between that society and ours, however, is that we know. We have memories of the past. We have history. We have knowledge. We know what life and death are. And Jonas’s line is a lesson for us who know:

Then it’s our fault. You and me.

Because we know the truth.

The Giver tells Jonas, as Jonas sees what’s real for the first time, “Don’t trust that something is the truth just because it’s coming from someone you respect.”

Life is life and there is no glaze which can make the taking of life not murder. When Jonas realizes this, he risks his own life and inflicting pain on the community all to save the next baby he knows is about to be released.

The Giver makes us look inward and ask what we will do with the truth we know.