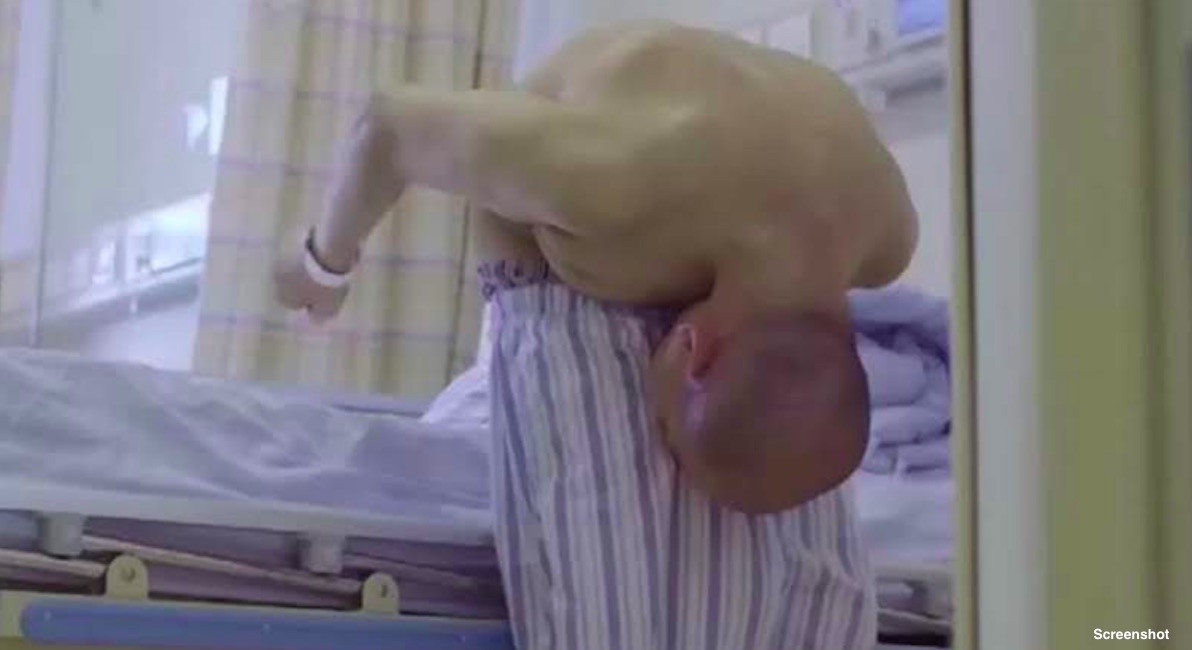 A man with a severe illness in China has a new lease on life after a series of surgeries has enabled him to stand up straight and walk for the first time in 28 years. The South China Morning Post shared a video of Li Hua, whose spine was severely deformed from ankylosing spondylitis, a debilitating form of arthritis that causes the bones in the spine to fuse together. Referred to as the “folded man,” Li was completely bent over at the waist, with his face touching his thigh. Because of the way he was bent, he faced a number of health difficulties, and his 71-year-old mother faithfully cared for him.

According to a July 2020 report from the UK Sun, his condition “put pressure on his heart and lungs,” which would eventually “lead[] to a loss of organ function and eventually death.” The Chinese farmer began dealing with difficulties from the condition at age 19. It was not until Li reached age 46 that a team of doctors at Shenzhen University General Hospital was able to perform a series of four extremely complicated and life-altering surgeries to help him. He was admitted to the hospital on June 28, 2019, and was released exactly one year later — on his birthday — after months of recovery and physical therapy.

The UK Sun reported in July:

The professor and his team at the teaching hospital spent two weeks creating a treatment plan and another three months preparing Mr Li for surgery. The series of four high-risk surgeries took place between 15th August and 31st October last year, and involved breaking Mr Li’s bones in sections and straightening them out again.

The longest of the operations took 10 hours and 25 minutes on 18th September.

READ: Claire, Frank, and Ben prove that even with illness and disability, life is worth living

It is all too common for persons with disabilities like Li Hua to be treated as if their lives are not worth living because of their disabilities, but Li and his mother did not choose to end his suffering by prematurely ending his life, even though she worried about who would care for him after her death.

Li Hua said after his surgery, “The first time I saw my mother after surgery, I suddenly realised how much she had aged while taking care of me all these years. She couldn’t take care of me forever, so I wanted to cure this disease and reduce her burden.” He stated in the video that he is “so sorry” for how his mother had to care for him all the years of his illness. Far too many individuals with disabilities or illnesses feel the same way, often choosing assisted suicide to reduce any perceived burden upon their loved ones who care for them.

Thankfully, Li Hua and his mother chose hope instead of despair.

Even while still “folded” in half, Li Hua played his musical instrument and attempted to find the moments of joy in his life. And it is inspiring to see.

His mother’s tears of joy and gratitude following his successful surgeries is proof that a human life is always worth fighting for, no matter the circumstances.