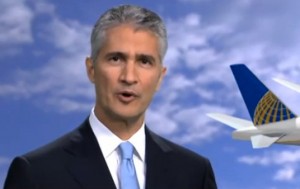 On Thursday, Chief Research Strategist for Live Action Abby Johnson wrote about an e-mail she received from her old employer, Planned Parenthood of the Gulf Coast (PPGC). Sent out to “supporters,” the e-mail update contained an invitation to this Planned Parenthood affiliate’s biggest bash of the year: their “Leading the Way Gala.” With a black tie and a check for $500 made out to Planned Parenthood of the Gulf Coast, guests will be treated to a night of tired, emotive rhetoric culminating in a plea for the gala’s elite attendees to pull out their wallets. And it will work. PPGC’s 2009 gala raised nearly $500,000 in just one night.

The gala is set to be held on Oct. 6, 2012 at the Hyatt Regency Downtown. Honorees for the event will be Nancy and George Peterkin, Jr. The elderly pair are longtime donors to the affiliate, with Nancy having served on the board for PPGC. The Richard Brown Orchestra is scheduled to provide entertainment for the evening.

But what got Abby’s attention was two of the individuals chairing the gala, Diana Strassman and her husband Jeff Smisek.

Diana Strassman is a professor of feminist economics (huh?) at Rice University in Houston. Specifically, she is a distinguished professor in the practice of humanities in Rice University’s Center for (surprise, surprise) Women, Gender, and Sexuality Studies; a faculty affiliate in Rice’s Asian Studies program; and director of Rice’s Program on Poverty, Social Justice, and Human Capabilities. In 1994 she established Feminist Economics, a journal which promotes dialogue about feminist economic perspectives and publishes research aimed at improving the lives of children, women, and men around the world. Although only those who have been born, it would seem.

Jeff Smisek is the president and CEO of United Continental Holdings, the parent company of United Airlines, the world’s largest airline in terms of number of destinations. Smisek also serves on the board for UA’s parent company. Joining Continental Airlines in 1995 as senior vice president, Smisek oversaw Continental’s merger with United Airlines in 2010, resulting in his taking the helm as CEO of the new company. Basically, he runs the show.

You may be asking yourself how such a distinguished couple found themselves co-chairing a fundraiser for America’s biggest abortion business. Perhaps they agreed to do this as a one-off favor. Or perhaps not.

Smisek and his wife not only give generously to PPGC, but they also appear to be pals with the Planned Parenthood of the Gulf Coast’s CEO. Voices Breaking Boundaries is a “progressive” non-profit which seeks to incite social justice – including “women’s rights” – through art. Listed among the dozen highest-level donors to the organization are Peter Durkin, CEO of Planned Parenthood of the Gulf Coast, alongside Smisek and his wife. The Katy Prairie Conservancy is another, admittedly more innocuous organization which enjoys donations from Durkin and Smisek.

——————————–
If you are interested in assisting in researching the abortion industry, the abortion lobby, and those that fund it, check out AbortionWiki – a fast-growing, publicly accessible database on the abortion industry/lobby – on a global scale. If you’d like to be involved with this project, you can Facebook me.