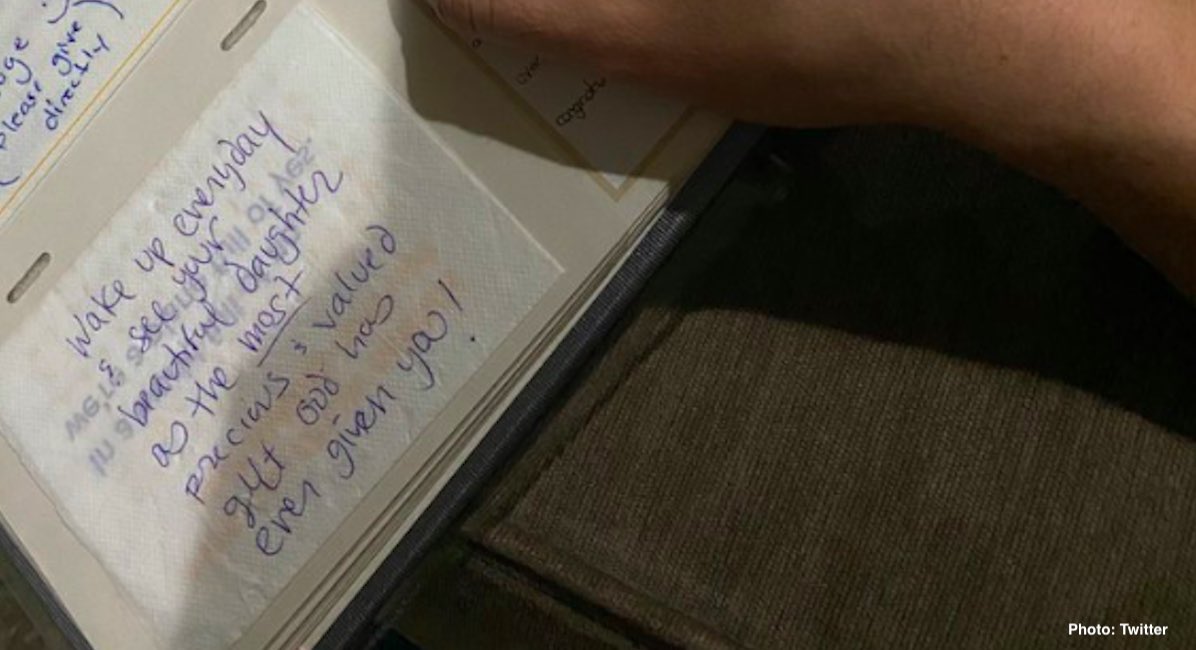 A couple flying home after adopting their newborn baby girl in November got an unexpected surprise on the plane – an impromptu baby shower. New dad Dustin Moore took to Twitter last week to share the uplifting story, highlighting the kindness of the flight crew and fellow passengers on the plane.

Through a series of twelve tweets, Moore relayed how he and his wife, Caren, were returning home to California after adopting their newborn baby girl in Colorado. Mid-flight, Moore asked a flight attendant named Jenny for her assistance in finding a spot for a diaper change. Jenny cleared an area in the back of the plane, and then she politely asked why Moore was flying with such a young infant. After hearing the adoption story, Jenny and her husband Bobby, also an attendant on the plane, hatched a plan.

“Then, we heard the intercom. The attendant Bobby came on and announced a special guest on the flight. Our daughter. ‘She’s just been adopted by her parents Caren and Dustin, and is making her way home.’ The entire cabin erupted in cheers and applause,” tweeted Moore.

Moore shared that Bobby and Jenny passed out napkins and pens to everyone seated on the plane and asked them to share their best advice and encouragement with the new parents. “We sat in speechless gratitude, as people kept peeking over their chairs to congratulate us,” said Moore.

I hope you’ll take time to share what is good. In a world of turmoil, don’t forget to showcase the Bobby’s and Jenny’s, the kind strangers out there.

And if they don’t cross your path, be one. Seek good, or create it. pic.twitter.com/XMxkJXkh18

After collecting the notes of encouragement, the flight attendants read some of their favorites over the intercom before passing them to the new parents. Some of the notes read, “Always tell her you love her,” and “Make time for date night.” In an interview with the Washington Post, Moore shared that another note read, “I was adopted 64 years ago. Thank you for giving this child a loving family to be part of. Us adopted kids need a little extra love. Congratulations.”

Bobby and Jenny then presented all of the notes to the Moores, along with a set of pilot wings for their baby girl. The flight attendants shared that when they were newlyweds on their way to their honeymoon, someone had done the same for them. They simply hoped to pay forward that bit of kindness.

Moore ended his series of tweets with heartfelt gratitude to everyone on the plane. “What all of those perfect strangers and attendants did not know, was the emotionally tender state of two brand-new parents. Parents who after 9 years of trying had been blessed with their first child. Parents who felt scared, but determined in their new role. The outpouring of love from that flight, brought on by the actions of two thoughtfully observant flight attendants… it exceeds my ability to describe what it meant to us. How much those wings and written notes uplifted two new parents determined to love their new daughter.”