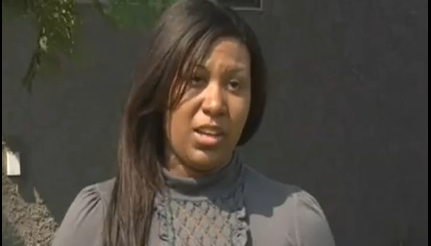 In 2010, the Kaiser Family Foundation released a study showing that 8- to 18-year-olds spend an average of 7.5 hours every day with media devices. These include cell phones (many of which have internet connection), TV, computers, and the like. It’s clear that the more life-affirming videos, commercials, and short clips that we can put out there, the more we will reach our youth.

We need to find creative ways to proclaim our message. It’s doubtful that many young people would click on a video called “Fetal Heartbeat at 8 Weeks” (though a pregnant teen might). But what about a video called “Think Fast”? That doesn’t sound a bit pro-life, and yet you’ll see for yourself below that it’s one of the best pro-life short video tools out there right now.

We also need to spread pro-life videos across social media. It’s great to post our clips and commercials on YouTube, but typically, unless we pay for a spot, someone’s going to have to be searching for something in our video to find it. The next time you see (or make) a great pro-life video, post it to Facebook – more than once! Message it around to your friends, and ask them to post it. Write a really cool status that will convince your friends to take a look. Tweet a link to the video with a compelling statement that will make people want to check it out. E-mail the video out to your contacts and encourage them to pass it on. Pro-life media’s no good unless we share it actively.

So, with those thoughts, I present to you five of the year’s best pro-life short videos. Watch and share away!

Just how sure are you of the truth? Do you really know what’s right or what you believe? When was the last time you considered common sense?

2. Baby Yawning in the Womb

It’s actually a very recent discovery that babies can and do yawn in the womb! This amazing ultrasound footage shows an unborn baby yawning, again and again. This is a fun video to pass around because hey, who doesn’t like to hear about new scientific discoveries? And if you’re looking for more 3D ultrasound footage, take a look at this video of a baby girl at 12 weeks, 4 days old. (Did you know that about 88% of all abortions happen to babies this age or younger?)

This video shows the hearts of women who regret their abortions and features the work of Silent No More – an awesome organization that any woman suffering after an abortion should check out. Also, if a girl or woman is considering abortion, there are plenty of stories from Silent No More that provide a much-needed perspective from women who have been there before. This is another video of a song written by a woman who regrets the abortion she had after being raped. Such women deserve to have their stories told and their voices heard.

4. The Final Frontier of the Civil Rights Movement

Many youths today care deeply about social justice and equality. No issue is at the heart of social justice more than abortion itself. Pro-Life Wisconsin created this excellent video that illustrates the facts.

The story of a young boy who went missing, “Aaron” is a powerful testimony to the realities of abortion. This is definitely one of the best pro-life videos I’ve ever seen, and its message is unique and gripping. Take a look, and read the true story of the actress in the video.

These five videos – while each incredibly awesome – are not the full sum of pro-life videos in 2012. Many other videos were made and shared. If you find any particularly gripping ones, please share them in the comments below with a short description. A few others I’d recommend include:

“How Will You Answer?“ This video was done by Melissa Ohden, a woman who survived an abortion. She reminds us all that we need to hold our leaders accountable to how they treat the most innocent, vulnerable, and helpless among us. Melissa also puts a real face on abortion. She was the same person at the time of the attempted abortion that she is now.

“Perfect“ This video was made by and aired on ESPN. It is the compelling story of a father who wanted to abort his daughter simply because she was diagnosed with Down syndrome. His wife refused, and their daughter was born. In “Perfect,” this father shares his story and what changed his heart. It’s incredibly well-done and simply amazing to watch!

“I Heart Adoption“ This video shares the stories of several women who chose adoption for their much-loved babies. Women who have made the hard and brave choices – like these women – can motivate others that adoption really is an answer, not abortion.