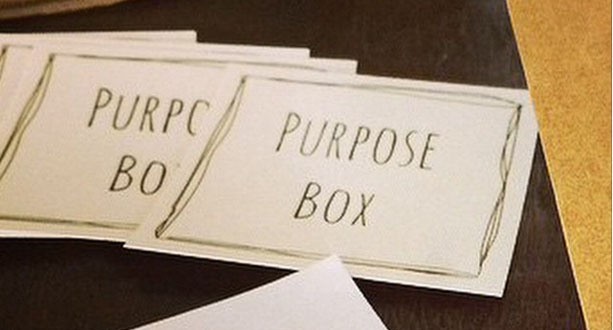 The dream of pro-life Texas mom, wife, and entrepreneur Jolie Gray is about to help one couple adopt, but the founder of Purpose Box has even bigger purposes for her new venture. Purpose Box is a mail subscription box, where each box contains items “purchased with purpose.” One hundred percent of the proceeds will go to fund pro-life causes, such as adoption and suicide prevention. The mail subscription box will contain items, but also stories about the causes it funds and ways to further support them.

Jolie has always loved what she calls “fun mail.” Now she has combined her love of box subscriptions and her passion for giving to causes close to her heart into Purpose Box. It’s her way of giving — and it’s all about the giving for Jolie.

The first recipients are an Austin, TX family adopting. Brad and Noelle have adopted one child from Ethiopia and are currently adopting another girl from the same nation, as well as a child domestically. Brad’s and Noelle’s fundraising page reminds us that “even $1 helps,” and Purpose Box will be part of that giving. It’s a cause close to the heart of Jolie and her husband Josh:

We have both talked about [adoption] since before [our son] was born. We just pretty well always knew we would adopt–even if we didn’t know exactly what that looked like.

But for now, they want to help others adopt, too. Though this is Jolie’s venture, it’s a family affair. She says:

As for helping others adopt, we are big givers. We are both wired that way. We have always bought, donated, done whatever anyone was asking when it came to funding adoptions.

She didn’t necessarily plan to have a concentration so focused on adoption; she says it just worked out that way because of the social circles she travels in where adoption is prevalent. Other causes she plans for Purpose Box include many other pro-life areas, such as suicide awareness and prevention, babies in the NICU, and human trafficking, as well as other important issues of social justice.

Jolie, who’s always had a heart for giving, says it wasn’t enough for her to just donate to the causes she cares about.

If I were to just donate, others wouldn’t know about the purposes. My one donation is something, but it’s not as significant as if Sally receives a product she loves and tells all her friends then buys one for her mom for Christmas, and so on. It can grow much further this way than if I just donate what I am able to. Without a reason to be seeking so many companies out, I believe I would also miss opportunities I am now afforded since I am actively looking. I gave several of these items from Christmas already, and we’re not even started good. It’s more about telling the stories and sharing them than just a simple donation.

So what’s the catch? There isn’t one. Jolie isn’t making a penny off this service. “Nope. Not a cent,” she says. She is buying every item personally. She’ll pay herself back and break even without a penny of profit. Her time is also a donation, along with 100% of the proceeds sold to subscribers.

Purpose Box wasn’t a big plan; instead, it came from a “stirring” in her heart last year:

I didn’t know what it was or what I was supposed to do, but I knew I was going to do something soon. On our way back from a beach trip in July, I basically just blurted out, ‘Purpose Box!’ from the passenger seat and started designing the logo on my phone. I love subscription boxes and mail. I love supporting others through my purchases. It just married and made sense. I emailed several companies that afternoon when I got to the computer.

And now it’s a reality. Products are arriving, and subscriptions are almost ready for the launch, which will happen in the next few weeks. The bi-monthly (six per year) boxes, valued at over $50, will cost $40,  which includes shipping. Things such as lip balm, pillow cases, journals, sunglasses, but all with a point bigger than the product, will fill the boxes. There will be 4-5 items in each box, as well as a promo code for other items that are too big or too expensive to be included. Included in each box will also be stories and links to help further support the cause the box is benefiting. Gift certificates are also available. “The goal is to have each box give as much as it can,” Jolie says.

While she has a few recipients lined up, she says she’s considering applicants, as well as hoping Purpose Box grows enough that she can help more than one family or cause with each box: “I would love to have a list to choose from and help those who are getting down to the wire with their timing and financing.”  This can be especially crucial when it comes to adoption.

Jolie says that anyone who is interested in possibly being a future recipient or finding out more can e-mail purposebox@gmail.com for more information.

You can connect with Purpose Box though its various social media sites as well: