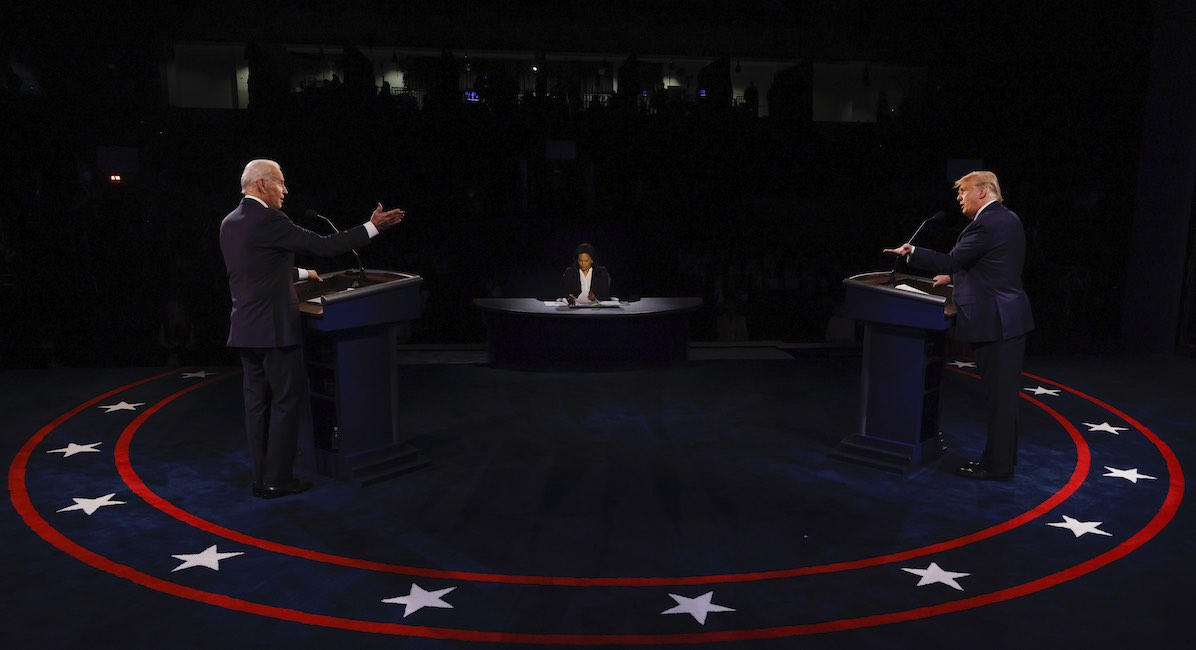 Last night’s second and final presidential debate made no mention of abortion, and only addressed the Supreme Court in passing. The debate instead focused largely on coronavirus, immigration, health care, race relations, and climate change. The lack of commentary on abortion may have been a disappointment to pro-life viewers, considering that the first presidential debate on September 29th also neglected to address the issue.

But the decision to avoid the abortion topic in last night’s debate does not mean that viewers are uninterested. Individuals both for and against abortion are concerned about the future of the landmark 1973 Roe v. Wade Supreme Court decision. In fact, a recent Gallup poll showed that one in four Americans consider abortion to be a major issue of importance to them. This is a seven-point increase in interest from 2012, when Gallup found that only one in six Americans considered themselves single-issue voters when it came to abortion. Currently, among those who consider themselves pro-life, 30% refuse to consider a candidate who does not commit to protecting the preborn.

Despite the increasing concern of Americans regarding abortion, Pew Research finds that Americans are more focused on the economy and health care. The Supreme Court ranked third in the list of concerns among poll respondents, which may suggest that Americans are keeping an eye on the future of Roe v. Wade.

Pro-life Americans are concerned with the value, or lack thereof, that current ordinances and laws place on the sanctity of life. It is estimated that there have been over 62 million American victims of abortion since 1973, and therefore, abortion is not just any issue. It is a human rights issue that deserves to be front and center for Americans. It is the intentional and direct killing of a human being before birth, and its victims are both voiceless and defenseless.

In the minds of many Americans, the abortion atrocity is an ongoing eugenic genocide that has continued for over half a century, and which needs to end.