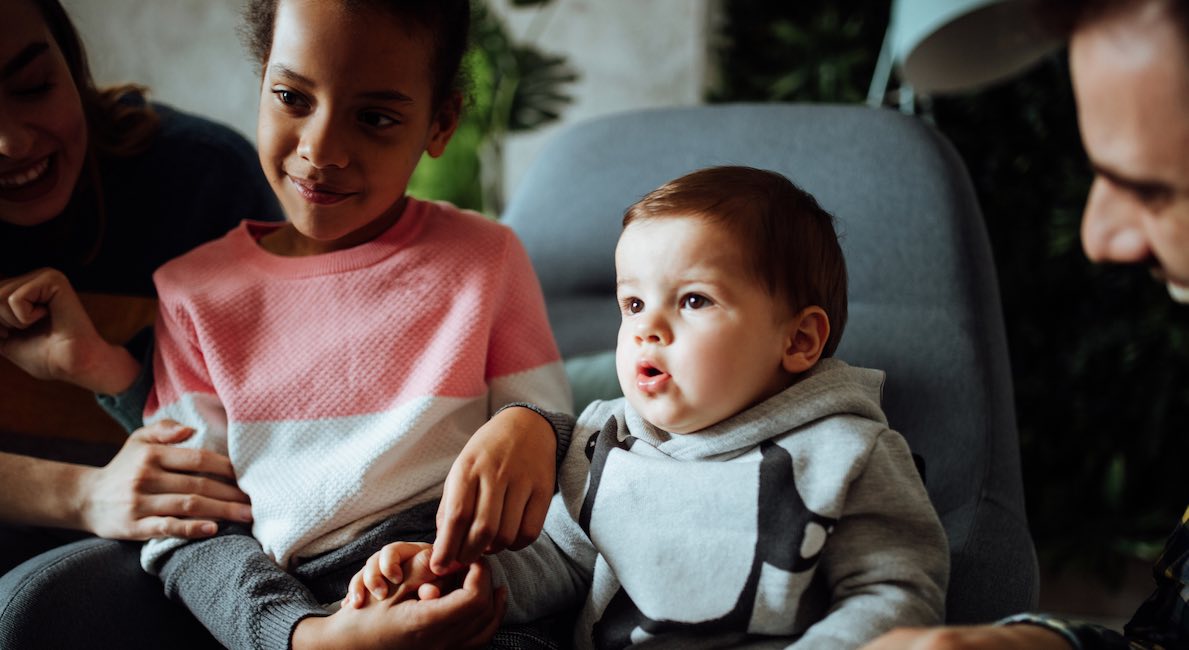 Data compiled from the U.S. Administration for Children and Families (ACF) reporting through fiscal year 2018 reveals that “the number of children in foster care, although still very high, dropped for the first year since 2011,” and there have been a record number of adoptions. Despite room for major improvement, the National Council for Adoption (NCFA) called the report good news due to an 11% increase in adoptions over the course of five consecutive years, and a six percent increase in just one year — from 59,500 adoptions in FY 2017 to 63,100 adoptions in FY 2018. 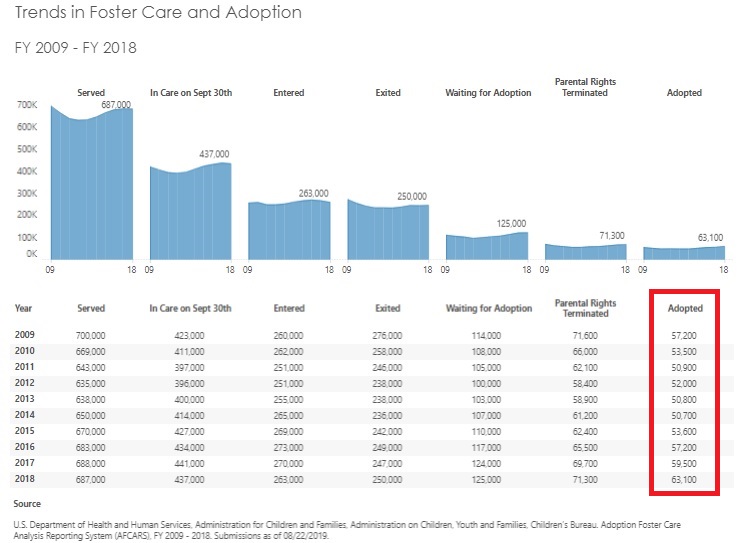 Trends in Foster Care and Adoption 2009 to 2018 (Chart: Admin of Children and Families )

Adoptions for FY 2018 within the U.S. child welfare agency increased to the “largest number of adoptions reported by AFCARS since AFCARS data collection began in FY 1995.” A review of trends in foster care and adoption revealed that:

A review of state-by-state data by NCFA found that in 2018, New Hampshire nearly doubled its adoptions in the past year. NCFA also pointed out that Alabama, Kansas, Minnesota, and Montana “made significant strides in increasing adoptions in FY 2018.” 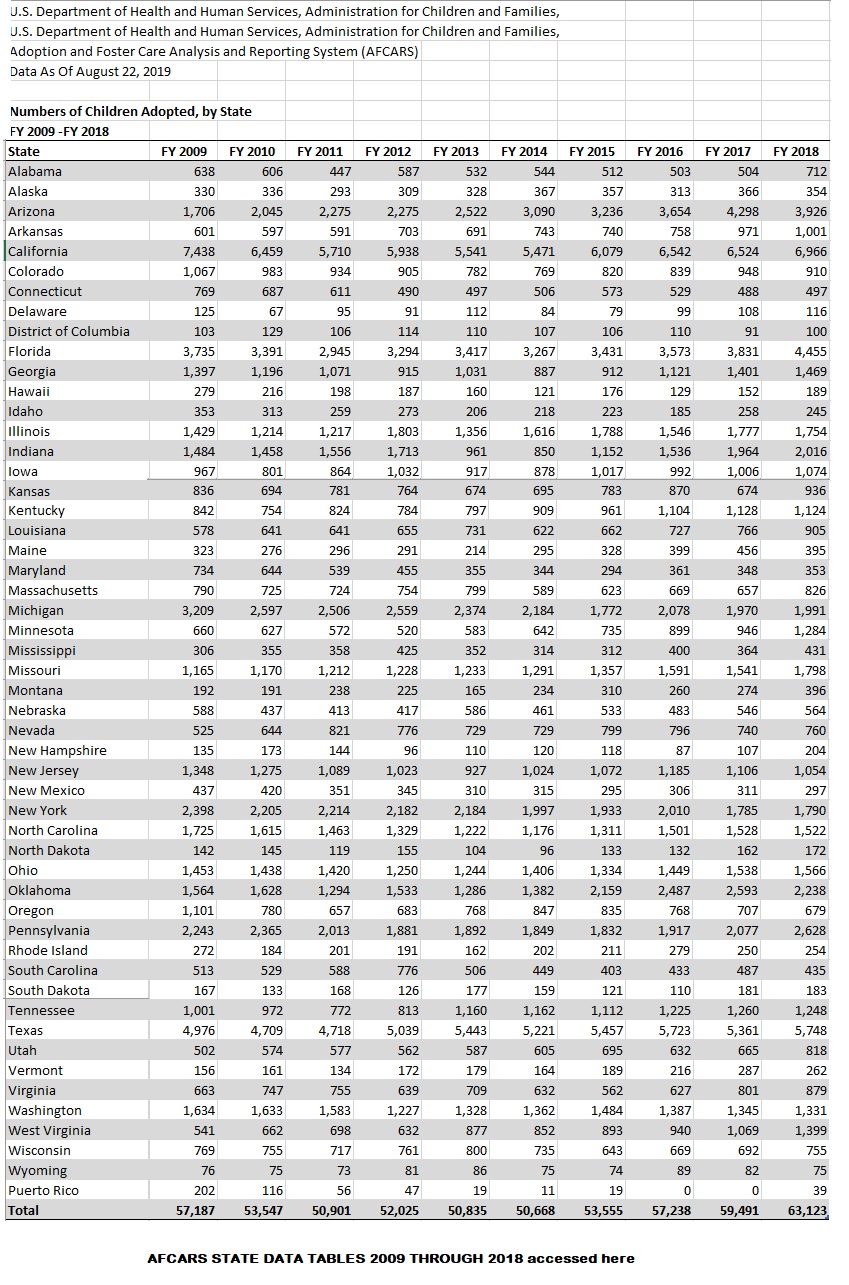 But despite reuniting several of these children with their biological parents, ACF warned, “Although the number of adoptions in the most recent year set a new record, the number of children waiting to be adopted increased to 125,400 in FY 2018 compared to 123,800 in FY 2017.”

In fact, they report that “[t]he number of children waiting for adoption has increased over the last five years, from 106,600 in fiscal year (FY) 2014 to 125,400 in FY 2018.” About one in five of those children waiting to be adopted are teenagers. Sadly, “[t]eenagers between the ages of 15- to 17-years-old wait on average twice as long for an adoptive home, compared to children who are 14 years of age and younger,” the report states.

In an effort to promote adoption, the agency has released a number of Public Service Announcements (PSAs):

But ACF clarified that even though numbers have changed, the percentage of children waiting to be adopted has not:

The number of youth who aged out of care fell a significant 11% in just the past year. At 17,844, the number of emancipated youth is now the lowest since FY 1998, which was the first year that data was collected by the AFCARS report. This significant 20-year low is in part due to increased efforts to find adoptive families for older youth as well as efforts by states to expand foster care services to the age of 21.

Watch one family’s story of how they began to foster to adopt:

According to the website AdoptUsKids.org, many of the children that age out of foster care “will not have anyone they can call for help, for advice, for a ride when their car breaks down. It’s disturbing, but probably not surprising, that outcomes for youth who age out of foster care are often poor. Studies show that they are at increased risk for homelessness, young parenthood, low educational attainment, high unemployment rates, and other adverse adult outcomes.”

To help these vulnerable children find their forever homes, AdoptUsKids.org has several tools, including thousands of children photolisted along with state by state adoption and foster care information.