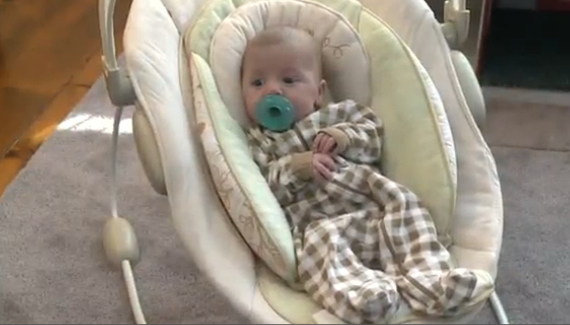 “I think the prognosis for the baby is very good.” 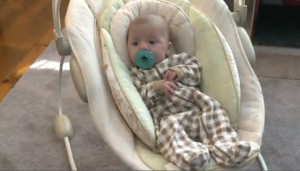 Little Elijah Leffingwell is one of the few children who have spent time outside of the womb before being born.

News6Now reports that twenty weeks into her pregnancy, April Leffingwell went in for an ultrasound. It was there that a macro-cyst (a mass of cysts) was first discovered around her unborn son’s lung. According to April:

It was so scary. I didn’t understand. Why me? I didn’t think it was fair.

The Leffingwells traveled from Wisconsin to the Children’s Hospital of Philadelphia, where Dr. Scott Adzick performed surgery on little Elijah. During the surgery, Dr. Adzick partially took Elijah from his mother’s womb and removed the orange-sized cysts from his lung that was crushing his dime-sized heart. Dr. Adzick reported that there was a time in the surgery when Elijah’s heart stopped, but he had a solution:

I massaged the heart for awhile to bring the fetus back.

Elijah was then placed back into his mother’s womb until he was born two months later. He spent nine days in intensive care and was nine weeks old before he was able to travel from Pennsylvania to Wisconsin.

April counts this experience as a blessing and hopes it will help others:

After going through his journey, now I feel more that I am blessed to be chosen to go through this situation because I can teach other people and help other families and you know, share his story.

Little Elijah is now fifteen weeks old and eats through a G-tube that allows him to be fed by formula emptying directly into his stomach.  Dr. Adzick thinks his future looks positive:

What is the outlook for Elijah going forward? I think the prognosis for the baby is very good.