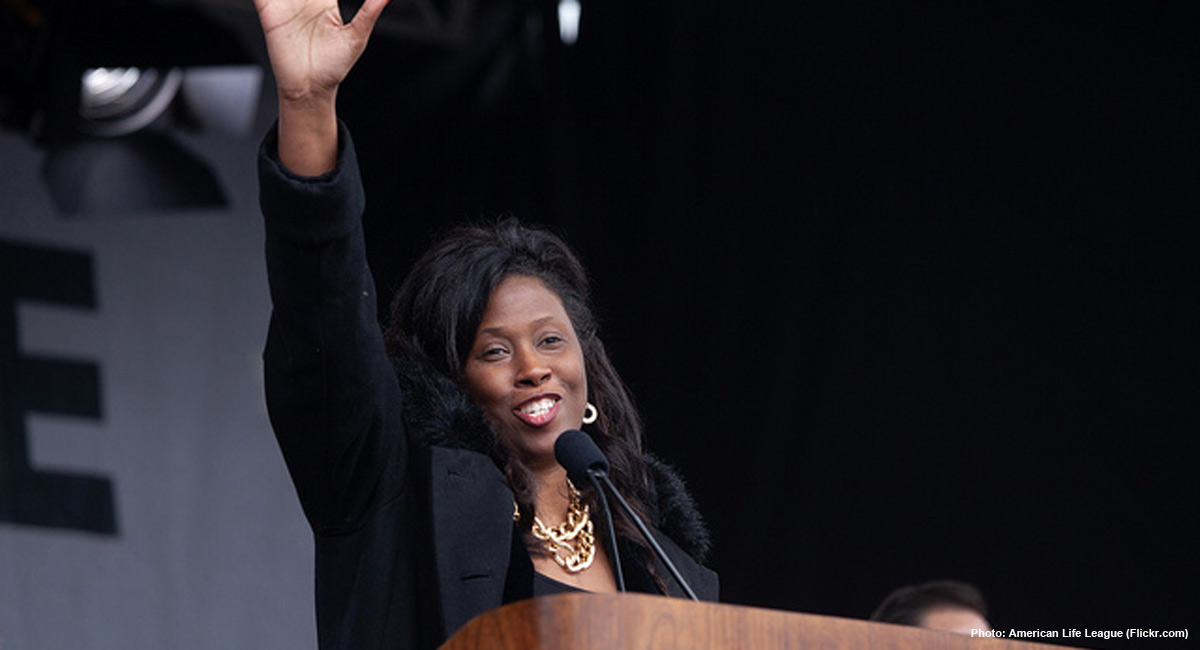 (The Daily Signal) “Being pro-life isn’t a party issue, it’s based on a value system. Caring about every stage of life is pro-life.” These are words from Democrat Katrina Jackson, an African-American state legislator from Louisiana who shared her personal story of becoming an advocate for both life and women’s health in an interview with The Daily Signal.

Jackson represents the 16th District of Louisiana and has served in the state House of Representatives since 2011. She was one of the few in her party to address the thousands gathered to memorialize and march for the unborn earlier this month at the 46th March for Life.

“In Louisiana, it doesn’t matter if you’re Democrat or Republican, black or white—we fight for life,” Jackson said at the March for Life rally.

The liberal Left continue to push their radical agenda against American values. The good news is there is a solution.

“I tell people in my state when they ask me, ‘Why are you a black, female, Democrat lawmaker fighting for life?’ I tell them because I’m a Christian first,” Jackson added. “And then I tell them that Proverbs say God hates the shedding of innocent blood. There’s no blood more innocent than an unborn child who’s never sinned, who never knew sin, and so for them … we will fight.”

Jackson first got a taste for public service as a standout intern for a state legislator during college. Upon graduation, Jackson was hired to stay on.

“I was working in the Legislature after term limits and there was a lot going on. A lot of new members and a lot of concerns. In prayer one day, I felt led to run. That’s how it started. Just prayer,” she told The Daily Signal.

When Jackson attended law school in Baton Rouge, Louisiana, she joined a church. Her surge into politics began with what she refers to as a series of  “spiritual encounters.”

“When I tried to ignore the calling into politics … I spoke to ministers and people who knew me very well and one of them actually told me, ‘You’re running for what God has told you to do,’” Jackson said. “’You need to go run for office.’”

Jackson credits her strong pro-life stance rooted in women’s health to past life experiences and testimonies she heard from women.

One testimony that impacted Jackson’s outlook was from a woman who sought services from an uncertified physician. The woman did not go through a proper procedure, and was bleeding profusely as a result of an attempted abortion.

“The unqualified physician called an ambulance and sent the bleeding woman to the hospital,” Jackson said. “The physician didn’t have any relationship nor affiliation with a hospital so they couldn’t inform the ambulance members on what had happened to the woman.”

Jackson heard similar stories from women who, as a result, suffered mentally from being unable to have children. “That was the part of the woman’s health that made those testimonies powerful and how that one moment affected them for years to come,” Jackson explained.

“I’m not going to not only ask someone to choose life, I’m going to support legislative measures and policies that allow a child not to grow up impoverished due to the mother choosing to give birth,” she affirmed.

Jackson said she could only recall one constituent who criticized her pro-life position. In general, she’s “received encouragement from her base to support pro-life issues, whether Democrat or Republican, black or white.” However, Jackson did note criticism she received from people outside her district, including one death threat.

“[In] Louisiana, [the] majority of Democrats on the House floor are pro-life, including the governor. Most of them co-opted pro-life legislation,” she said. In her speech to this year’s March for Life attendees, she boasted of Louisiana as the top pro-life state in the country.

Jackson previously spoke at the 2016 March for Life rally in Louisiana and said it was a great experience. She also spoke to a group of 2,000 students from Louisiana on the day before the 2019 March for Life who commuted to the nation’s capital on buses.

“Most people say young people are not on board with the pro-life march,” Jackson told The Daily Signal. “It was a great experience to see all of the young folks, who are picking up the torch and carrying it, support life.”